Son Na-eun is a South Korean singer and actress best recognised as one of the members of the South Korean girl group ‘Apink’ formed by ‘Plan A Entertainment’ (formerly ‘A Cube Entertainment’). A graduate from the School of Performing Arts Seoul, she was enrolled at the Department of Theatre and Film with acting major in the ‘Dongguk University’. She stepped into the showbiz even before her graduation and became the first trainee of ‘Apink’, which was announced by ‘Cube Entertainment’ in February 2011. She featured in a few music videos of the South Korean boy band ‘Beast’ (presently known as ‘Highlight’) before making her debut with ‘Apink’. Apink made their debut performance while promoting their first extended play ‘Seven Springs of Apink’ in April that year on Mnet's M Countdown where Son and other members performed two songs of the EP, namely ‘Wishlist’ and ‘I Don't Know’. Apart from her ‘Apink’ endeavours, Son has also forayed into acting and featured in a few TV series like ‘The Great Seer’, ‘Childless Comfort’ and ‘Cinderella and Four Knights’. She has also appeared in a film called ‘Marrying the Mafia 5: Return of The Family’ and remained in the main cast of the MBC reality show ‘We Got Married’. South Korean People
Aquarius Actresses
Actresses Who Are In Their 20s
South Korean Actresses
Women Film & Theater Personalities
Childhood & Early Life
Son Na-eun was born on February 10, 1994 in Seoul, South Korea. Not much information is available about her family. She has a younger sister called Son Saeeun.
She first studied at the ‘Chungdam High School’, a public high school located in Apgujeong-dong Gangnam-gu Seoul, South Korea. Thereafter, she transferred to the arts high school in Gung-dong, Guro-gu Seoul, ‘School of Performing Arts Seoul’ and completed her graduation from there on February 7, 2013.
After that she got enrolled at the Buddhism based private, co-educational university, the ‘Dongguk University’ in 2013 where she enrolled at the Department of Theatre and Film as acting major. In 2014, she along with Yoona, and Park Ha-sun from the South Korean girl group ‘SNSD’ were selected as ambassadors for the university.
Continue Reading Below
You May Like

The Hottest Male Celebrities With The Best Abs
Career
Formed in 2011 by ‘Plan A Entertainment’ (erstwhile ‘A Cube Entertainment’), ‘Apink’, the South Koran girl group selected Son as its first trainee. Prior to her debut in ‘Apink’ she featured in a few music videos of the South Korean boy band ‘Beast’ (presently known as ‘Highlight’) namely ‘Breath’, ‘I Like You the Best’ and ‘Beautiful’.
On April 19, 2011, ‘Apink’ made its official debut with the release of its first extended play, a mini album titled ‘Seven Springs of Apink’, including the music video of the EP’s title track ‘I Don't Know’. To promote the album, ‘Apink’ performed on ‘I Don't Know’ on Mnet's M Countdown on April 21 that year marking stage debut of the group.
Over the years ‘Apink’ has come up with three Korean studio albums, two Japanese studio albums and six Korean mini-albums and won over thirty music awards and thirty-two music program awards.
Apart from showcasing her talent in music, Son has also thrived in making her presence felt in the world of acting. She first appeared in a cameo role of Lee Tae-eun in the episode 4 of South Korean sitcom ‘Salamander Guru and The Shadows’ that aired on SBS for 10 episodes starting from January 27, 2012, to March 30, 2012.
She was then cast as a teenager Hae-in in the South Korean historical TV series ‘The Great Seer’ that had Lee Yoon-ji, Kim So-yeon, Ji Jin-hee, Ji Sung and Song Chang-eui in starring roles. The series aired on SBS for 35 episodes from October 10, 2012 to February 7, 2013.
South Korean family drama TV series ‘Childless Comfort’ that starred Lee Soon-jae, Uhm Ji-won, Yoo Dong-geun and Kim Hae-sook featured Son in the supporting role of Oh Soo-mi. It garnered decent viewership receiving consistent solid ratings throughout its run airing on jTBC cable channel for 40 episodes on weekends starting from October 27, 2012 to March 17, 2013.
Son made her debut on the big screen with the Jeong Yong-Ki directed comedy flick ‘Marrying the Mafia 5: Return of The Family’ that released on December 19, 2012. She essayed the character of Eun Hee-jae in this fifth instalment of the comedy series ‘Marrying the Mafia’.
She paired up with SHINee's Lee Tae-min and featured in the South Korean reality variety show ‘We Got Married’ from episode 167 to 203 between 2013 and 2014. The show where Korean celebrities were paired up to show how their lives would have been as married couples used to air on MBC. It fetched her ‘Star of the Year’ award at the MBC Entertainment Awards.
She featured in the South Korean romantic comedy television series ‘Twenty Again’ along with Kim Min-jae, Choi Ji-woo, Choi Won-young and Lee Sang-yoon. The series aired on tvN for 16 episodes on Fridays and Saturdays (from August 28, 2015 to October 17, 2015) saw her playing the role of Oh Hye-mi.
Her last feature in a TV series so far is as Park Hye-ji in the South Korean romantic comedy ‘Cinderella and Four Knights’. The series, based on a 2011 published novel by Lee Min-young (Baek Myo) bearing same title, was broadcast on tvN network on Fridays and Saturdays starting from August 12, 2016 to October 1, 2016 with a total of 16 episodes.
Trivia
Actress Shim Eun-kyung and singer Park Soo-young, well-known by her stage name Lizzy, from the girl group ‘After School’ are her good friends.
This multi-talented diva who had also tried her hands once in kindergarden teaching is also very good at drawings. 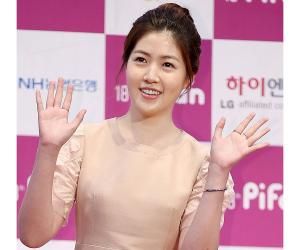 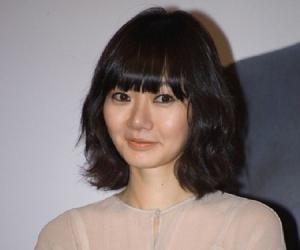