Julius Maada Bio is the current President of Sierra Leone. He is in office since April 4, 2018.He was born as the 33rd child of the Paramount Chief of the Sogbini Chiefdom in Southern Sierra Leone. An ethnic Sherbo, he is also a practicing Roman Catholic. After completing his secondary education at Bo School, he joined the Military Academy of the Sierra Leone Armed Forces, graduating from there as a Second Lieutenant at the age of 23. At the age of 28, he played a leading role in a coup that dislodged the then president and thereafter he became an important member of the Supreme Council of State. Four years later, he staged a second coup, becoming president of the country for three months, after which he handed over the power to a democratically elected government. He also resigned from his post in the army and went off to USA for higher studies and returned to Sierra Leone at the age 39. At the age of 41, he officially joined Sierra Leone People's Party (SLLPP). He was nominated as SLPP’s presidential candidate in 2012 national election. After losing the election, he intensified his political activities, eventually winning the 2018 national election. 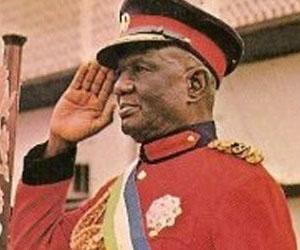 Jomo Kenyatta
Political Leaders #1664
Presidents #258
Leaders #2156
DID WE MISS SOMEONE?
CLICK HERE AND TELL US
WE'LL MAKE SURE
THEY'RE HERE A.S.A.P
Quick Facts

Sierra Leonean People
Black Presidents
Political Leaders
Black Political Leaders
Male Leaders
Childhood & Early Years
Julius Maada Bio was born on 12 May 1964, in Tihun, a village in the Sogbini Chiefdom, located just outside Mattru Jong in the Southern Province of Sierra Leone. His father, Charlie Bio II, was the Paramount Chief of the Sogbini Chiefdom.
His mother’s name was Amina. Little is known about her except that she was calm, hardworking, calculative and had a strong belief in God. In an interview he had later said that he acquired most of his values and driving principles of his life from her.
Named after his paternal grandfather, who was also the paramount chief of Sogbini Chiefdom before his father, Julius grew up in a large family consisting of forty-five members. His mother was one of his father’s nine wives while he was born 33rd of his father’s thirty-five children.
Julius began his education at a Roman Catholic Primary School in Tihun. But very shortly, he was sent to live with his elder sister Agnes, a primary school teacher in Pujehun. During this period, she became more of a mother to him.
In Pujehun, he was admitted to the Holy Family Primary School, where he studied for five years. Thereafter, he was sent to study at Bo Government Secondary School, a boarding school for boys located in Bo Town, the largest city in the Southern Province.
Julius studied at Bo School for seven years. He became a prefect in his senior years and graduated with his A-level in 1984. Thereafter, he secured employment at a Methodist Secondary School, teaching there for one year.
In 1985, he decided to earn his college degree and applied for admission to Fourah Bay College in Freetown. But shortly after that, he was informed that the army was recruiting new cadets and eventually joined the Republic of Sierra Leone Armed Forces Military Academy at Benguema.
You May Like 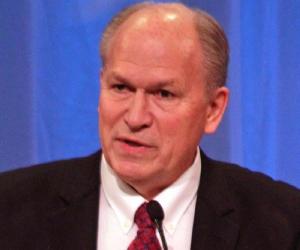