José de San Martín, the ‘’El Libertador’’ of Argentina, Peru, and Chile, was a Spanish-Argentine general. He was instrumental in winning the independence of the southern and central parts of South America from the Spanish Empire. He gave up the Viceroyalty of the ‘Río de la Plata’ at an early age to pursue studies in Malaga, Spain. He is known for his war strategies that led to the victories of ‘the Battle of Chacabuco’ and ‘the Battle of Maipú,’ which liberated Chile from royalist (the Latin American and European supporters of the various governing bodies of the Spanish Monarchy) rule. He eventually crushed the Spanish rule in Lima and was hence hailed as the ''Protector of Peru'' and the national hero of Argentina. Martín met Simon Bolivar at Guayaquil, Ecuador, on July 22, 1822, after which Bolivar took the charge of liberating Peru. The minutes of the meeting are not known, as it was a closed-door meeting. San Martin abruptly left the country after resigning from the command of his army, and also excluding himself from the military and politics, and sailed for Europe in 1824. Argentinian People
Chilean People
Argentine Men
Chilean Men
Male Leaders
Pisces Leaders
Childhood & Early Life
Born on February 25, 1778, in Yapeyu (present-day Argentina), José Francisco de San Martín y Matorras was the fifth and the youngest son of Juan de San Martín, a failed Spanish soldier; and Gregoria Matorras del Ser. His family moved to Buenos Aires when he was four years old.
In 1783, his father, Juan, moved to Spain and settled in Madrid. Sometime later, the family moved to Malaga and San Martín was enrolled in 'school of temporalities.' He joined the Regiment of Murcia in 1789, even before finishing the six-year-long elementary education.
Continue Reading Below
You May Like 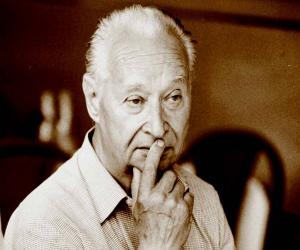