John Adams was one of the Founding Fathers of the United States of America and the second president of the country. Before becoming the president, he had served as the first vice-president of the United States under President George Washington. He was a well-educated and thoughtful man known for his political philosophies. A leading advocate of American independence, he played a key role in persuading Congress to declare independence and helped Thomas Jefferson draft the ‘Declaration of Independence’ in 1776. He was an Enlightenment political theorist and abolitionist who vehemently opposed slavery. Born as the son of a farmer and cobbler, Adams rose from his humble beginnings to become a qualified lawyer after receiving education from a prestigious college. From early on, he believed in the ideal of freedom for all and became involved in the patriot cause and led the American movement for independence from Great Britain. He also became active in politics and was elected the first vice-president in 1789 under President Washington. He then succeeded Washington as the president of the US in 1797. His achievements as the president, which largely went unnoticed during his era, gained greater recognition in modern times. American People
Political Leaders
American Men
Harvard College
Harvard University
Childhood & Early Life
John Adams Jr. was born on October 30, 1735, in Braintree, Massachusetts Bay, British America, to John Adams, Sr. and Susanna Boylston. He had two younger brothers. His father worked as a farmer and cobbler and also served as a Congregationalist deacon; Adams was very close to his father and was full of praise for him.
He went to ‘Harvard College’ at age 16 in 1751 and graduated in 1755 with a Bachelor of Arts. He worked as a teacher for some time and then decided to become a lawyer.
He went on to study law in the office of James Putnam, the leading lawyer in Worcester, and earned a master's degree from ‘Harvard’ in 1758. He was admitted to the bar in 1761. 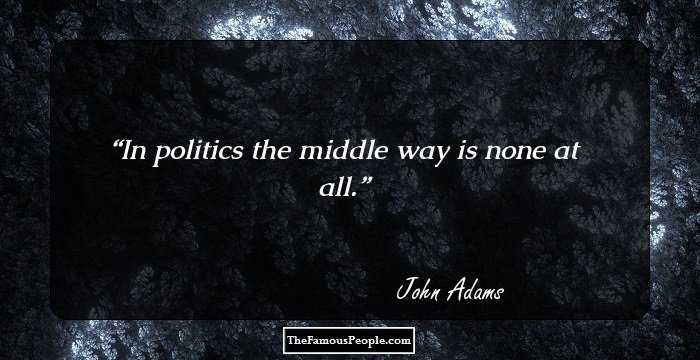 Continue Reading Below
Career
John Adams was a patriot and soon became a leading figure in the American independence movement. He strongly opposed the ‘Stamp Act of 1765’ and denounced the act as invalid in front of the Massachusetts governor and his council. He rose to prominence following this incident.
He was elected to the Massachusetts Assembly in 1770 and represented the colony at the first ‘Continental Congress’ in 1774.
He always advocated independence for America from the colonial rule and offered a resolution that amounted to a declaration of independence from Great Britain in May 1776. The Congress approved his resolution and appointed him, along with Thomas Jefferson, Benjamin Franklin, Robert R. Livingston, and Roger Sherman, to draft the declaration.
John Adams assisted Thomas Jefferson in drafting the ‘Declaration of Independence.’ America finally adopted the Declaration on July 4, 1776, declaring independence from Great Britain.
He was soon serving on as many as 90 committees in the new independent government. In addition, he was also chosen to serve as the head of the ‘Board of War and Ordnance’ in 1777. In this position, he worked hard for up to 18 hours a day, mastering the details of raising, equipping, and fielding an army under civilian control.
In 1779, he worked along with Samuel Adams and James Bowdoin to draft the ‘Massachusetts Constitution.’ He was the document’s principal author, and the constitution became effective on October 25, 1780.
America’s first ever presidential election was to be held in 1789 and John Adams was one of those figures placed on the ballot. George Washington received the highest number of electoral votes and was elected president. Adams received the second-highest number of votes and was made the vice-president in accordance with the Constitutional provision set for presidential elections at that time.
He was once again made the vice-president following the 1792 election. Adams was frustrated with his tenures as the vice-president as many of his views on political and legal issues differed from those of President Washington.
In 1796, he was elected as the Federalist nominee for president. His opponents were former Secretary of State Thomas Jefferson of Virginia and Senator Aaron Burr of New York. Adams won narrowly with 71 electoral votes against 68 for Jefferson who became the vice-president.
Continue Reading Below
John Adams assumed office on March 4, 1797 as the second president of the United States. During that time, Britain and France were at war and these conflicts were causing considerable political difficulties for the US. Adams wanted the US government to stay out of the European war, but the French saw America as Britain's junior partner and began seizing American merchant ships that were trading with the British.
In order to build diplomatic relations with the French, Adams’ administration sent an American commission to France in July 1797 to negotiate problems that were threatening to break out into a war. The French, however, demanded bribes before formal negotiations could begin and this offended the Americans who left without negotiating.
This failed negotiation attempt led to an undeclared war called the ‘Quasi-War.’ The Quasi-war which started in 1798 ended in 1800. However, Adams’ popularity as the president declined considerably following this event and he lost the re-election in 1800. He was succeeded by Thomas Jefferson as the president. 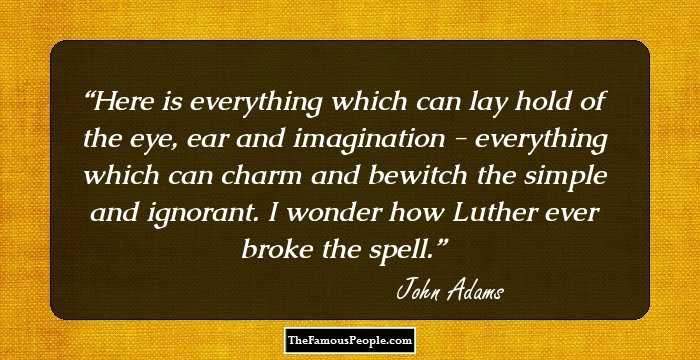 Major Works
John Adams played a major role in the American Revolution and the country’s independence movement. He was among the influential men who persuaded Congress to declare independence and assisted Thomas Jefferson in drafting the ‘Declaration of Independence’ in 1776.
He is credited for having written the ‘Massachusetts Constitution’ in 1780. The constitution, which was organized into a structure of chapters, sections, and articles, served as a model for the ‘Constitution of the United States of America,’ drafted seven years later.
Personal Life & Legacy
He married Abigail Smith, his third cousin and the daughter of the Congregational minister Rev. William Smith, on October 25, 1764. The couple had six children, including son John Quincy Adams who later became the sixth president of the United States.
He died on July 4, 1826, the 50th anniversary of the adoption of the ‘Declaration of Independence.’ 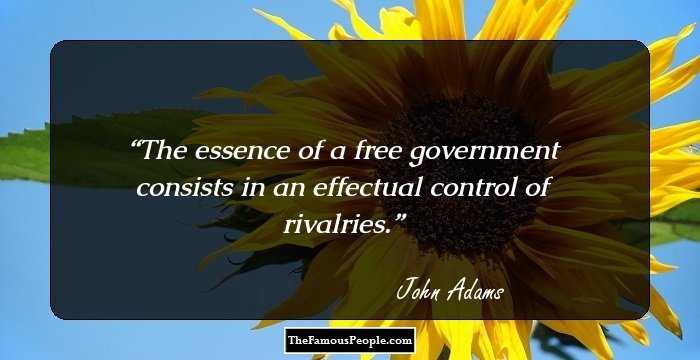 See the events in life of John Adams in Chronological Order