Advanced Search
Joseph Jackson is remembered as a successful talent manager, who not only scripted the career of his ten surviving children including Michael and Janet Jackson, but also of many other budding artists. Born into a family of African and Native American Ancestry, he first dreamed of becoming a well-known boxer and then a musician, none of which came true. Therefore, when he detected musical talent in his children, he started dreaming for them, making them undergo long hours of practice, physically punishing them if they made mistakes, insisting that they call him Joseph, not Dad. All their hard work was amply rewarded when the family band, ‘Jackson 5’, began to court fame. But very soon, a rift occurred within the family and he was fired as a manager, first by Michael and later by others. He spent his last years in Las Vegas where he died at the age of ninety. Tiffany Trump
26th July In History
DID WE MISS SOMEONE?
CLICK HERE AND TELL US
WE'LL MAKE SURE
THEY'RE HERE A.S.A.P
Quick Facts

American Celebrities
Black Family Members
American Men
Leo Men
Childhood & Early Life
Joseph Walter Jackson was born on July 26, 1928 in Fountain Hill, Arkansa. His father, Samuel Jackson, was a school teacher and his mother’s name was Crystal Lee King. Born eldest of their five children, he had two sisters, Verna Mae and Lula Mae, and two brothers, Lawrence and Luther.
Raised during the Great Depression, he had a lonely childhood, and had few friends. When he was twelve years old, his parents divorced. Thereafter, his siblings moved with their mother to East Chicago, Indiana, while he moved with his father to Oakland, California.
Not much is known about his adolescence years or where he received his education. But it is evident that he did not finish his high school and developed an ambition to become a professional boxer instead.
Continue Reading Below
Early Career
When Joe Jackson was eighteen years old, his father remarried. Thereafter, Joe Jackson moved to East Chicago to be near his mother. Here, he began his career at Inland Steel Company. Concurrently, he also started pursuing his dreams of becoming a boxer, successfully competing in the Golden Gloves program.
He gave up his dream, when in May 1950 the first of his eleven children, a daughter named Rebbie, was born. To support his growing family, he now accepted the job of a fulltime crane operator at the US Steel. Later, he also took a part-time job at American Foundries.
Sometime in early 1950s, he formed a music band called ‘The Falcon’. When it failed to take off, he began to concentrate on his job, working long hours as crane operator. He did not know that while he was away his children practiced with his guitar.
It came out when in 1963 his second son Tito broke the guitar’s chord. After repairing the cord, Joseph asked Tito to play for him. Impressed by his rendition and also by the vocals of his eldest son Jackie and third son Jermaine, he formed a family band called ‘Jackson Brothers’.
Forming Jackson 5
Initially ‘Jackson Brothers’ consisted of three members; Jackie, Tito and Jermaine. Acting as their manager, he began enforcing long period of intense practice, often abusing them physically at smallest mistakes. Very soon, they began performing in school functions and at supermarkets.
In 1965, he had his younger sons, Marlon and Michael, joining the band and changed its name from Jackson Brothers to Jackson 5. Very soon, they started winning talent competitions at various places.
From 1967, Joe Jackson began taking his sons to perform at more respectable places like Chicago's Regal Theater and Harlem's Apollo Theater, winning contests at both the places in the same year. In November, he signed the band’s first contact with Steeltown Records.
In January 1968, the band recorded and released their first singles; ‘Big Boy’ and ‘We Don't Have to Be over 21’. ‘Big Boy’, sung by nine-year-old Michael Jackson, became a local hit, making the boys local celebrities.
In March 1969, Joe Jackson helped the Jackson 5 to sign a contact with Motown Records, releasing their first song, ‘I Want You Back’ under the new label in October. Shortly, he moved his family to California where he continued to supervise and manage his sons’ career.
In 1974, Joseph Jackson formed his own record label, Ivory Tower International Records, and began to sign artists under his management. In 1978, his youngest son, Randy, released his solo single ‘How Can I Be Sure’, on his record label.
In 1979, Michael Jackson fired Joe Jackson as his manager and took control of his career. By 1983, his others sons would also do the same. In spite of that, he continued to nurture talents, establishing his daughter Janet’s career in 1982.
Family & Personal Life
Joe Jackson married Katherine Esther Scruse on November 5, 1949. The couple had children 10 children together. Because of Joseph’s extramarital affairs, Katherine filed divorce twice, but later withdrew the papers, remaining married, but lived separately till his death.
Among his children, the eldest was Maureen Reillette "Rebbie". Next were Sigmund Esco "Jackie", Toriano Adaryll "Tito" and Jermaine La Jaune. They were followed by daughter La Toya Yvonne and four sons, Marlon David, Brandon (died in infancy), Michael Joseph and Steven Randall "Randy’. The youngest was Janet Damita Jo.
From a long-lasting affair with Cheryl Terrell, he also had another daughter named Joh'Vonnie Jackson.
Joe Jackson spent the last years of his life in Las Vegas. On June 22, 2018, he was hospitalized in the final stages of terminal pancreatic cancer and died at a hospice in the city on June 27, 2018, less than a month before his 90th birthday.

See the events in life of Joe Jackson in Chronological Order 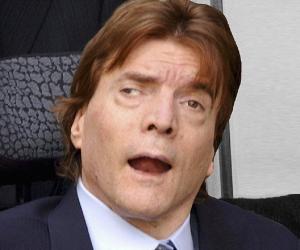