Seargeoh Stallone is the son of acclaimed actor, screenwriter, producer and director Sylvester Stallone. He appeared as Rocky Balboa Jr in the 1979 film Rocky II. It is said Seargeoh was a shy boy growing up, but what worried his parents was his frequent silence. He was diagnosed with autism in 1982, at the age of three. His parents began seeking help when they observed that Seargeoh was having some problem in communication, but he could draw, write letters and repeat certain words at an early age. Sylvester and his ex-wife, Sasha Czack, were advised to put Seargeoh in a special facility for his treatment, but Sylvester decided to take care of his son at home. Sophia Rose Sta...
DID WE MISS SOMEONE?
CLICK HERE AND TELL US
WE'LL MAKE SURE
THEY'RE HERE A.S.A.P
Quick Facts

Seargeoh Stallone was born in 1979 in the United States of America to Sylvester Stallone and Sasha Czack. His father, Sylvester Stallone, is famous for action movies, such as Rocky, Rambo, etc. His mother, Sasha, is an American actress and director, best known for her work in Long Lost Love, Vic and Love of Life.

His grandfather, Francesco Frank Sr. Stallone, was an Italian-American hairdresser and polo enthusiast. He is also the author of the book Stewart Lane. Seargeoh’s grandmother, Jackie Stallone, was an American astrologer, promoter of women's wrestling and dancer. Seargeoh is the nephew of Frank Stallone and Dante Stallone. He also had an aunt named Toni D'Alto, who died of lung cancer on August 26, 2012.

The Best Black Actresses Of All Time
Seargeoh Stallone & Autism

Seargeoh Stallone was diagnosed with autism at the age of 3. It all started when Seargeoh began to show signs of autism after posing for the cover page of People magazine, along with his father. Sylvester straight away figured out that there was something unusual in his son’s behavior. Seargeoh started repeating words, and later started drawing pictures at an age when he was hardly able to walk. After a series of scans and other medical procedures, the doctors diagnosed him with autism.

It was very difficult for Sylvester and Sasha to accept the fact and they both broke down. They, however, decided to face the situation and resolved to shoulder the responsibility of raising the child themselves. In an interview with People magazine Shasha had said, “I knew that Sly couldn’t get as involved because of his work,” says Sasha. “We do what we have to do. So I just said, ‘Give me the money, and I’ll take care of it.’”

Sylvester Stallone and Sasha set up a research fund, the National Society for Children and Adults With Autism. Homeschooling and therapy sessions helped and by the time Seargeoh turned ten, his mobility and speech improved.

Seargeoh made his acting debut in the sports drama film Rocky II, which released in 1979. In the movie, Seargeoh played Robert "Rocky" Balboa Jr, Rocky and Adrian's newborn child. The film was written and directed by Sylvester Stallone and was produced by Robert Chertoff and Irwin Winkler.

In 1985, Seargeoh's parents, Sylvester Stallone and Sasha, decided to separate in the middle of his autism-related challenges. Despite their divorce, both his parents continue to shower him with love and care.

See the events in life of Seargeoh Stallone in Chronological Order 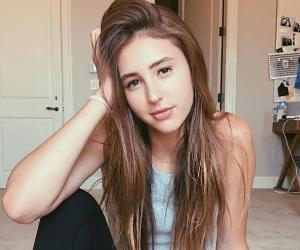