Rebbie Jackson is an American singer and the eldest of the famous Jackson family of musicians, which Michael Jackson was a member of. Born and raised in Gary, Indiana, she followed the path of religion early in her life, following in the footsteps of her mother. Rebbie started her musical career in Las Vegas in 70s, when she started performing with her siblings on stage for the first time. As they attained success, the Jacksons signed a deal with ‘CBS Records.’ They also starred in the TV variety series ‘The Jacksons.’ After gaining fame, she desired a solo musical career, and released her debut album, ‘Centipede,’ in 1984. The album was a moderate success and so were the following two albums, namely, ‘Reaction’ and ‘R U Tuff Enuff.’ Following this, she took a 10-year-long break and then released another album, ‘Yours Faithfully,’ in 1998. This album was distributed by her brother Michael Jackson’s record label ‘MJJ Music.’ When Michael passed away in June 2009, the siblings paid him a tribute at the memorial service by singing Michael’s songs ‘Heal the World’ and ‘We Are the World.’ Tito Jackson
DID WE MISS SOMEONE?
CLICK HERE AND TELL US
WE'LL MAKE SURE
THEY'RE HERE A.S.A.P
Quick Facts

American People
Rhythm & Blues Singers
American Women
Gemini Singers
Women Singers
Childhood & Early Life
Rebbie Jackson was born on May 29, 1950, in Gary, Indiana, to parents Joseph and Katherine Jackson. She was the eldest of the 10 Jackson children. Her father, who worked in a steel mill, would make music with his band in his spare time. He used to take his children to his jamming sessions, and this helped the Jackson children develop a keen interest in music.
Her mother Katherine, a ‘Jehovah’s Witness,’ was a highly religious woman. She raised all her children to be ardent believers in God. Rebbie claimed in an interview that as she was the eldest child in the family, she looked after most of her siblings while they grew up. She would mostly babysit them. Rebbie graduated from the ‘Theodore Roosevelt High School’ in Gary.
At the age of 18, she created a rift in the family, following the announcement of her marriage with her boyfriend, Nathaniel Brown. She told her parents that she loved him and wanted to marry him. While her father was totally against this, her mother was in full support of her. Her father wanted her to make a career in music and thought that her early marriage would bring an end to her dreams.
Rebbie went ahead and married Nathaniel. By then, her brothers had formed a music group called ‘The Jackson 5.’ In 1974, all the Jackson siblings came together and organized a concert in Las Vegas. They became famous overnight.
The Jacksons parted ways with their label ‘Motown’ in 1976, and subsequently joined hands with ‘CBS Records,’ which proved to be a turning point in their lives.
Continue Reading Below
Career
The Jackson brothers were signed on by ‘CBS’ to appear on their variety show ‘The Jacksons.’ The show featured all the Jacksons except Jermaine, who had decided to stay loyal to the label ‘Motown.’ The show was initially on air for a month, but its success compelled the network executives to continue with it. The show was the first of its kind in the sense that it featured members of an African–American family as the main leads and made the Jacksons a household name in America.
However, Rebbie was not yet ready to take up singing as a profession and wished to let it be a hobby. She thought acting was a much better career option for her, but the producers on the show praised her style of singing and asked her to continue with her musical endeavors. Jackson started as a background vocal artist for several singers and even performed in cabarets. In the late 70s, she became pregnant and this brought a temporary halt to her career.
Rebbie came back to the musical scene in October 1984, this time with a full-fledged debut album, ‘Centipede.’ The album was distributed by ‘CBS Records.’ However, Rebbie still placed her family before her career.
As expected, the album did not do anything magical for Rebbie and was limited to just a moderate success. It reached the 13th spot on the ‘Billboard’ music charts and number 63 on the ‘Billboard Top 200.’ Although the album was marketed as a solo venture, it was a collaborative effort of her siblings. The title track from the album was the most successful of all and sold about a million copies.
The song ‘Centipede’ was written, produced, and arranged by Michael Jackson, which was one of the earliest glimpses of his talent. The song reached the fourth spot on the ‘Black Singles Chart’ and was eventually certified ‘Gold’ by the ‘Recording Industry Association of America’ (RIAA). Michael, who had already tasted success with ‘Thriller,’ helped Rebbie tremendously in making the album a fairly good success.
Although most critics were not impressed by the album, they agreed that Rebbie was indeed talented. In October 1986, Rebbie released her second album, ‘Reaction.’ The album, once again, was limited to a moderate critical and commercial success. It further repeated the success of its predecessor, with the most popular single in the album being the title track, ‘Reaction.’
In 1988, Rebbie released her third album, ‘R U Tuff Enuff.’ She stated that she had worked harder on this album than her earlier albums combined. Somehow, the third album too failed to leave a mark, and ‘MTV’ reviews stated that the album “struggled.” The album was a moderate success but managed to sell 3,00,000 copies within a few months of its release in the market.
This supposed failure hit Rebbie badly, and she decided to take a long break from music. She disappeared from the music scene for a decade. In 1998, she announced the release of her fourth album, ‘Yours Faithfully.’ By then, her younger brother Michael had established his own record label, ‘MJJ Music,’ and Rebbie recorded her album with her brother’s label.
To her utter dismay, her fourth album too received mixed reactions from both fans and critics. Despite being hailed as a singer with a lot of potential, Rebbie’s musical career never quite took off beyond a point. Additionally, Michael Jackson’s international success further affected her and her other siblings’ chances of attaining worldwide recognition, as they were mostly overshadowed by his success.
Personal Life
Rebbie Jackson dated Nathaniel Brown for a long time in high school, before getting married to him in 1968. She faced a lot of backlash from her family regarding her decision, but she stood by it. Eventually, the family agreed to the marriage, but her father did not walk her down the aisle.
The couple had three children, Stacee, Yashi, and Austin. Nathaniel died of an illness in 2013.
Her brother Michael Jackson’s unexpected death not only shook the entire world, but also shocked the Jackson family. The death was covered widely by the international media. Although it was assumed that Rebbie would get the duty of being the caregiver to Michael’s children, it was Katherine, Michael and Rebbie’s mother, who was granted their custody.
Recommended Lists:
Singers #1379

See the events in life of Rebbie Jackson in Chronological Order 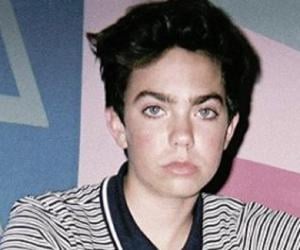 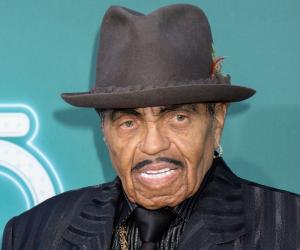