(One of the World's Best-Selling Music Artists)

Janet Jackson is an American singer-songwriter, actor, and dancer. She is an international icon who has created a stir in the music industry with a series of musically innovative, socially conscious, and sexually provocative records. Thanks to her illustrious career, which started way back in 1973, Jackson is one of the most awarded artists in the world. Her longevity in the field of music and overwhelming trail of achievements have influenced and redefined popular music. Though she started as a pop artist, Jackson soon infused elements of rhythm and blues, funk, disco, rap, and industrial beats, which gave her crossover success in popular music. In her illustrious music career, which has spewed over 11 studio albums and eight world tours, Jackson has sold more than 100 million records with two of her albums finding a place in ‘Rolling Stone’ magazine’s ‘500 Greatest Albums’ list. The albums were also included in the ‘Definitive 200’ list published by ‘Rock and Roll Hall of Fame.’ She has become a major role model for music aficionados and enthusiasts across the country. Other than music, Jackson has hogged the limelight for her artistic endeavors in films as well. Her massive international success has made her one of the greatest musicians and entertainers in the contemporary era. Her impact and influence have inspired millions around the world. Rebbie Jackson
DID WE MISS SOMEONE?
CLICK HERE AND TELL US
WE'LL MAKE SURE
THEY'RE HERE A.S.A.P
Quick Facts

See the events in life of Janet Jackson in Chronological Order 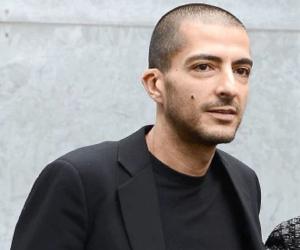