Jean Monnet was a French economist who revolutionized the face of Europe by the introduction of the European Union. His contribution in economic recovery of a number of European nations as an international financier is commendable. Working as a French representative on the Inter-Allied Maritime Commission during World War I, his participation in the Paris Peace Conference as well as the League of Nations in his 20s is a clear reflection of his capability. Having partnered with some of the top business names in the world, he became one of the well connected personalities of the world. He worked as a back end to American and European government with a practical and connected outlook on internationalism and in the process became an active member of various committees such as the Franco-British Economic Coordination Committee and the National Liberation Committee. His intelligence, ambition coupled with the ability to foresee is well reflected in his “Victory Program” that helped reorganize the United States and Britain optimally for the World War II. He marked the beginning of the economic planning in the Western Europe at the larger scale post World War II. As a President of the High Authority of the European Coal and Steel Community, he went on to become the “Father of Europe”. He has been honored by various awards and recognition for his contributions to the European community. François-Henri...
Continue Reading Below
DID WE MISS SOMEONE?
CLICK HERE AND TELL US
WE'LL MAKE SURE
THEY'RE HERE A.S.A.P
Quick Facts

French Celebrities
Political Leaders
French Men
Male Leaders
Scorpio Leaders
Childhood & Early Life
Jean Monnet was born on 9 November, 1888 in Cognac, France in a family of merchants.
He obtained his education from local schools and colleges but left it half way at the age of sixteen when he was at the university level and moved to United Kingdom to live with his father’s official acquaintance, Mr. Chaplin. 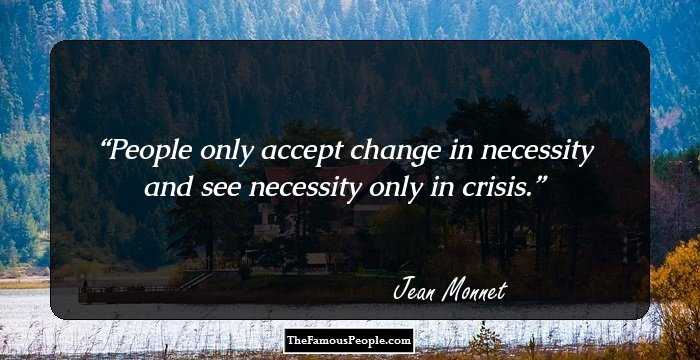 See the events in life of Jean Monnet in Chronological Order