Jean-Bernard Fernandez-Versini is a French restaurateur, best known as the former husband of English singer-songwriter Cheryl Ann Tweedy. Fernandez-Versini started hogging the limelight in 2014, when he began dating Cheryl. Fernandez-Versini and Cheryl tied the knot on July 7, 2014, post which the restaurateur started appearing on tabloids and magazines. Unfortunately, their marriage did not last long as they got separated in December 2015. The wealthy entrepreneur owns restaurants in places like Cannes and London. He aspires to open restaurants in major cities all over the world. French People
Virgo Entrepreneurs
French Restaurateurs
French Business People
Virgo Men
Childhood & Early Life
Jean-Bernard Fernandez-Versini was born on August 29, 1980, in France. He grew up in Aix-en-Provence, but spent most of his childhood days traveling, as his parents would often travel because of the nature of their work. Apart from running a successful company, his parents were also involved in politics, and contested for mayoral positions in the 1980s. Fernandez-Versini attended an international school in Morocco. After his high school education, he studied business administration and finance in New York and Paris. Because of his parents’ business background, Fernandez-Versini was encouraged to choose a career in finance. He even worked as an intern at banks, before coming up with an idea of starting a pop-up restaurant along with his friend.
You May Like

Who Is The Most Popular BTS Member?
Continue Reading Below
Career
In 2008, Fernandez-Versini started a pop-up restaurant called ‘Cosy Box’ with an idea of combining dining experience with music and arts. He started the restaurant along with his friend and business partner, Franck Ausilia. As a pop-up restaurant, ‘Cosy Box’ travels all over the world, taking over the best restaurants and venues. Because of its association with the ‘Cannes Film Festival’ the restaurant became popular among international celebrities, including Paris Hilton. ‘Cosy Box’ eventually made its way to other international events like ‘Paris Fashion Week’ and ‘Art Basel.’ In 2017, Fernandez-Versini came up with his second pop-up restaurant, ‘Versinis,’ in order to mark the 70th anniversary of the ‘Cannes Film Festival.’
Relationship with Cheryl
Fernandez-Versini and Cheryl met in 2014 at the ‘Cannes Film Festival.’ He was immediately attracted to her and the two began dating. 12 weeks later, the couple decided to walk down the aisle. Their wedding, which was attended by just four guests, took place in a private island called Mustique. After entering wedlock with the British singer, Fernandez-Versini started appearing in news and magazines, which he did not find always enjoyable. The couple would often be seen on holidays together. Fernandez-Versini had the opportunity of visiting the sets of the popular TV show, ‘X Factor.’ However, in December 2015, Fernandez-Versini and Cheryl decided to go their separate ways. During the divorce hearings, Cheryl’s lawyers claimed that Fernandez-Versini’s ‘unreasonable behavior’ caused their break-up and that Cheryl had started losing weight because of her relationship with Fernandez-Versini. Their divorce was finalized on October 20, 2016, amid various speculations.
Controversies
After breaking up with Fernandez-Versini, Cheryl went on to claim that the restaurateur’s infidelity was one of the reasons behind their break-up. However, Fernandez-Versini begged to differ with her. He said that he never cheated on Cheryl and that he had considered his marriage with her as something sacred. He even questioned Cheryl’s morals and requested her to stop blaming others for having failed relationships. Fernandez-Versini found himself at the center of another controversy in 2018, when he confronted Cheryl’s ex-boyfriend, Liam Payne. The two crossed paths at ‘Chiltern Firehouse,’ where they were seen goading each other. Fearing the worst, the employees at the restaurant stepped in, not allowing the situation to escalate.
Personal Life & Family
Jean-Bernard Fernandez-Versini was very close to his parents. He lost his mother Françoise to liver cancer when he was 24. His father’s death in 2015 had a major impact on him. Post his parents’ death, Fernandez-Versini started participating in charity events, especially the ones pertaining to cancer. He currently stays in a large flat in Mayfair, London. He loves watching ‘HBO’ and ‘CNN’ during his free time. He is active on Instagram.
You May Like 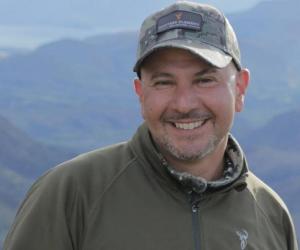