Joran van der Sloot is a Dutch convicted murderer who is serving a 28-year prison term in Peru for the 2010 murder of 21-year-old Stephany Flores Ramírez. He met her while he was in Peru for a poker tournament. He fled to Chile after committing the crime but was deported back to Peru where he pled guilty to the crime and was handed out his sentence in 2012. He is also the main suspect in the 2005 disappearance of an eighteen-year-old American woman Natalee Holloway in Aruba. In her case, Van der Sloot was arrested twice; however, he was never charged with the murder due to the lack of evidence. Instead, the US prosecutors formally indicted him on counts of extortion and wire fraud after he took $25,000 from Holloway's mother for providing information about Holloway’s body. The information turned out to be false. Holloway's body was never discovered and six years after her disappearance, she was officially declared dead. Both the cases attracted a lot of media attention with the American News magazine Time declaring his arrest as the top crime story of 2010. Jimmy John Liau...
DID WE MISS SOMEONE?
CLICK HERE AND TELL US
WE'LL MAKE SURE
THEY'RE HERE A.S.A.P
Quick Facts

Joran Andreas Petrus van der Sloot was born on 6 August 1987 in Arnhem, Netherlands, to Paulus and Anita van der Sloot. His father was a lawyer while his mother was an art teacher. He has two brothers.

While he was still young, the family moved to Aruba. There he studied at International School of Aruba. He was good at soccer and tennis and played doubles tennis at the Moët et Chandon Anniversary Cup in 2005.

His mother later revealed that, as a boy, her son was a sneaky liar and slipped out of the house to visit casinos at night.

On 30 May 2005, an eighteen-year-old American woman Natalee Holloway went missing while on a high school graduation trip to the Caribbean island of Aruba. Van der Sloot and two of his friends, Deepak and Satish Kalpoe – who were last seen with her – were arrested as suspects.

The three had initially stated that Holloway was dropped off alone at the hotel; however, after arrest, the Kalpoe brothers claimed that they had left their friend and Holloway on the beach. Joran Van der Sloot stated that he had left her alone on the beach at her own request.

Lack of evidence led to the release of the three; however, they were instructed to stay within the Dutch territory and remain available to the police for further investigation in the case.

His lawyer father, Paulus, was also arrested for questioning, but was later released.

The case received widespread media attention. In an interview with Fox News Television, Joran told his version of story and the time spent with Holloway.

In November 2007, the three suspects were re-arrested on the basis of what was described as new incriminating evidence. However, the evidence once again failed to take the case forward and the three were released again.

In February 2008, in an undercover video made by the Dutch investigative journalist and crime reporter Peter R. de Vries, Joran Van der Sloot admitted that he was on the beach with Holloway when she collapsed. When he was not able to revive her, he called his friend Daury who disposed of her body in the ocean.

He later stated that he was lying in the video. The video evidence was not considered sufficient for his arrest.

Thereafter, he moved to Bangkok and began studying business but did not continue with it and instead purchased a sandwiches and pizza restaurant close to the campus.

In 2008 again, in an interview for Fox News' show On the Record, he stated that he had sold Holloway into sexual slavery. Later, he retracted from what he said in the interview.

He continued with his restaurant business till early 2010 when after his father’s death, he sold it to return to Aruba and turned to gambling. In between in 2009, he won an online poker tournament.

In May 2010, Joran Van der Sloot received a cash payment of $10,000 and another $15,000 by wire transfer to his account in the Netherlands. He led Kelly to a house and informed him that his father had buried Holloway in the foundation of a house.

The information was found to be wrong as the house was not there when Holloway disappeared. Van der Sloot later, himself, accepted to have lied.

The authorities, for the lack of sufficient evidence, did not arrest him after the wire payment and he travelled to Peru to take part in a poker tournament.

In Peru, he met Stephany Flores Ramirez, a 21 year old college student and the daughter of a well-known Peruvian business personality, Ricardo Flores, at a Lima casino.

In the hotel’s surveillance video, the two were seen entering the room early morning on 30 May 2010. A few hours later, Joran Van der Sloot was seen leaving the room with his bags.

He emerged as the lone suspect in the case and was arrested on 3rd June in Chile while travelling in a rented taxi.

He was deported to Peru and interrogated. He admitted to killing Flores after he found her using his laptop without his permission (and perhaps found details connecting him to the Holloway case) which led to an argument.

He later retracted from his confession stating that he was very scared at the time of giving the statement.

Meanwhile, he was formally indicted on counts of extortion and wire fraud by federal prosecutors in the US in Natalee Holloway’s case.

In January 2012, he pled guilty to the murder of Flores and a couple of days later was sentenced to 28 years in prison. The Lima court also directed him to pay $75,000 in reparation to the Flores family.

A day before the judgement, an Alabama judge officially declared Holloway to be dead. This was done at the request of Holloway’s father.

In 2014, the Peruvian government ruled that Joran Van der Sloot will be extradited to the United States in the year 2038 (after completing 28 years of imprisonment) to face charges of extortion and wire fraud in Holloway’s case.

In July 2014, Joran Van der Sloot married Leidy Figueroa, a Peruvian woman who he met while she was visiting another inmate in the prison. She gave birth to his child in September the same year. 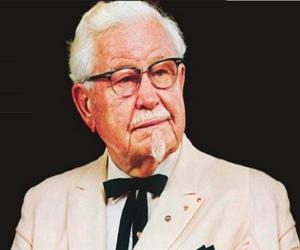 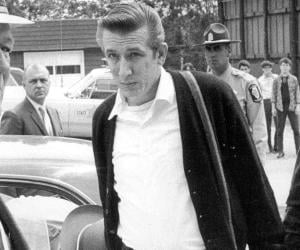