Janet Mock is an American transgender author, TV/podcast host, TV show producer, columnist, and LGBTQ rights activist. She authored a bestselling memoir 'Redefining Realness,' which was the first book written from a trans woman's perspective. The book chronicled her journey of experiencing sexual transition. She underwent a sex-change surgery at a tender age. Her second book primarily spoke about her experiences after her transition into a woman. A 'New York University' graduate, Mock began her career as an editor at 'People.com' and subsequently contributed to several magazines, throwing light on the conditions of transgender people of color.  Mock has been an inspiration to children who face criticism for their sexual orientation. She has raised her voice against all sorts of stereotyping that can cause feelings of inferiority in children. Several organizations have felicitated Mock's endeavors to secure equal rights for transgender people. 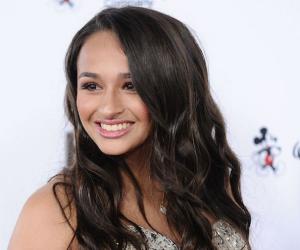 Janet Mock was born on March 10, 1983, in Honolulu, Hawaii, U.S., to an African–American father, Charlie Mock III, and a Hawaiian–Portuguese mother, Elizabeth Barrett. She was the second child of her parents. She was named Charles at birth.

Mock mostly grew up in Hawaii, with brief stays in Oakland, California, and Dallas.

Mock mentioned in her memoir that she knew from a tender age that she was a girl in a boy's body. In Hawaii, she had several transgender friends and teachers.

Mock experienced her first hormonal transition when she was about to complete her freshman year of high school. Her hormone-therapy sessions began during her sophomore year. Her friend and fellow high-school volleyball player Wendi supported her. She also worked as a prostitute to fund her medical expenses.

She later changed her name to “Janet,” inspired by Janet Jackson. Mock was the first person in her family to attend college. She graduated with a BA in fashion merchandising from the 'University of Hawaii' in Manoa in 2004. She then obtained an MA in journalism from 'New York University' (NYU) in 2006.

Mock underwent her sex-change surgery in Thailand, during her first year of college.

She was hired by 'People’ magazine and worked for their website after graduating from ‘NYU.’

Mock joined 'People' magazine as a staff editor for their website. She later became a web editor. She worked for the site for 5 years.

A 2011 article published in 'Marie Claire' magazine revealed that she was a trans woman. Kierna Mayo wrote the piece in Mock's voice. Mock had apparently shared her story with the magazine after she came to know that several transgender children were committing suicide. She was also featured in a 2011 documentary called 'Dressed.'

She created a video for the 'It Gets Better' public-service campaign to encourage children who are bullied in school because of their sexual orientation.

In 2012, Mock quit 'People' magazine to write a memoir about her early years. 'Atria Books' of the publishing house 'Simon & Schuster' signed a book deal with her. She delivered the 'Lavender Commencement' keynote speech to LGBT students at the 'University of Southern California.'

She also started the “#GirlsLikeUs” 'Twitter' campaign to empower trans women and served as a co-chair, nominee, and host of the 2012 'GLAAD Media Awards.'

In 2013, she became a member of the board of directors at the 'Arcus Foundation,' to support LGBT rights. On June 27, 2013, she was featured in the ‘HBO’ LGBT documentary 'The OUT List.'

Mock's first book, 'Redefining Realness: My Path to Womanhood, Identity, Love & So Much More,' was released in February 2014 and was listed as a ''New York Times Bestseller.'' It made history for being the first biography written by a young trans person. The book received the 'Stonewall Book Award' from the 'American Library Association' a year later. It was also nominated for the 'Lambda Literary Award' and was awarded a 'Book Prize' by 'The Women's Way.'

In 2014, Mock was one of the few transgender personalities featured on the cover of ‘CANDY’ magazine.

Mock continued to work in print. She created the 'Beauty Beyond Binaries' column for 'Allure' magazine. The column shunned all unrealistic beauty standards set by society. She also collaborated with 'Pineapple Street Media' to start the interview podcast series 'Never Before.'

She interviewed Queen Latifah while serving as a special correspondent for 'Entertainment Tonight.' She has been a contributing editor for 'Marie Claire' and a guest host on the 'Melissa Harris-Perry' show on ‘MSNBC.’ She also hosted her talk show 'So POPular!' for 'Shift.' She has also reported live from the red carpet of the ‘White House Correspondents Dinner.’

Mock hosted the 'TakePart Live' show for the website 'TakePart' and the 'Global Citizen Festival.' In April 2015, she was featured in the 'Becoming Your Most Authentic Self' segment of Oprah Winfrey's series 'Super Soul Sunday.' She then guest-appeared in Winfrey's 'Super Soul Sessions' in September.

In 2015, Mock delivered the commencement address at 'Pitzer College.' The following year, she wrote the cover story for ‘The Advocate,’ titled 'Why DeRay Mckesson Matters,' and the feature 'Nicki Minaj Is Here to Slay' for the November edition of 'Marie Claire.' She also penned the foreword for photographer Mark Seliger's book of photos and stories, 'On Christopher Street: Transgender Stories.'

She served as the producer of the HBO documentary 'The Trans List,' aired on December 5, 2016. Mock has also made appearances on 'Real Time with Bill Maher,' 'The Colbert Report,' and 'The Nightly Show.'

Mock wrote, directed, and produced the ‘FX’ drama 'Pose,' which premiered on June 3, 2018. With this, she became the first trans woman of color to write a TV series.

In 2019, 'Netflix' signed a 3-year deal with Mock, acquiring the rights to her TV series. It was the first-ever deal made between a trans woman and a notable online entertainment platform.

On March 29, 2013, Mock delivered a keynote speech at the launch of the first-ever annual list of 100 transgender advocates in the country, 'Trans 100,' in Chicago. She, too, was part of the list.

Mock was featured in the add-on video of the 'Google Doodle' for International Women's Day in 2014. In April, ‘GLSEN’ honored Mock with their 'Inspiration Award.' The 'Feminist Press' acknowledged her works in October that year.

The 'Planned Parenthood Federation of America, Inc.' felicitated Mock with their 'Maggie Award for Media Excellence' in "Social Media Campaign.''

In June 2015, Mock became the first recipient of the 'José Esteban Muñoz' honor, awarded by 'CLAGS: The Center for LGBTQ Studies.'

In February 2014, Mock was interviewed on 'Piers Morgan Live' on ‘CNN,’ which triggered a social-media argument between Morgan's live team and Mock. She accused the team of using her life story to boost their viewership instead of focusing on her newly launched book, 'Redefining Realness.'

The LGBTQ community criticized Morgan. To resolve the conflict, Mock was invited to be featured on the show again. This time, Morgan patiently tried to understand the condition of transgender people and their representation in the media.

On February 18, 2014, she appeared on 'The Colbert Report,' where the host condemned Morgan and promoted Mock's book.

Mock married photographer Aaron Tredwell in 2015. They filed for divorce in February 2019.

She is a supporter of the 'Elton John AIDS Foundation' and ‘GLAAD.’

See the events in life of Janet Mock in Chronological Order 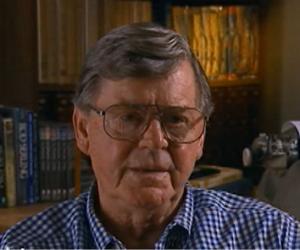