Jack Steinberger was a physicist who co-discovered the muon neutrino along with Leon Lederman and Melvin Schwartz, a discovery which earned the trio the 1988 Nobel Prize in Physics. Born as a Jew in Germany, he received a very simple upbringing as the country was still reeling under the post-war depression. Things took a turn for the worst when the Nazi party came into power and the systematic persecution of the Jews began. Fearing for their son’s life, his parents arranged to send him  to the United States when he was 13. He struggled to establish himself in the foreign land and was aided by Jewish charities in the United States. Despite all the challenges he faced, he studied hard and obtained a bachelor's degree in Chemistry from the University of Chicago. He then worked towards his master’s degree and PhD and eventually embarked on an academic career. He conducted extensive research over the course of his career. Along with his Columbia University colleagues Lederman and Schwartz, he worked on significant experiments in particle physics which led to the discovery of a new type of neutrino called a muon neutrino. In addition to his scientific career, Steinberger was a Humanist Laureate in the International Academy of Humanism. Hans Jakob "Jack" Steinberger was born on May 25, 1921, in Germany, to Berta and Ludwig Steinberger as one of their three sons. He grew up in the post-war era marked by economic depression.

Things became worse for the Jewish family with the rise of the Nazi party in 1933. The systematic persecution of the Jews followed quickly, and fearing for their children’s lives, his parents sent Jack and his elder brother to the United States in 1934.
Young Jack found a guardian in Barnett Farroll, the owner of a grain brokerage, who cared for him as a foster child. Farroll also helped Jack’s parents and younger brother move to the United States in 1938.
Despite all the challenges he faced, Jack grew up to be a good student. He studied chemical engineering at Armour Institute of Technology (now Illinois Institute of Technology) before moving to the University of Chicago from where he obtained a bachelor's degree in Chemistry in 1942.

After serving in the Signal Corps at MIT for a while, he returned to graduate studies at the University of Chicago in 1946, receiving his Ph.D. there in 1948. Then he attended the Institute for Advanced Study in Princeton for a year. 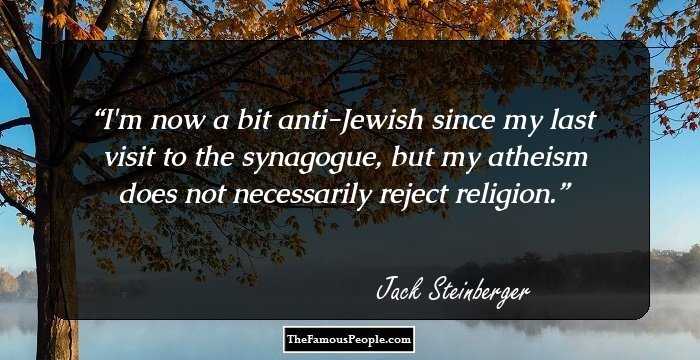 Continue Reading Below
Career
As a student, Steinberger had done some work with Gian Carlo Wick on the scattering of polarized neutrons in magnetized iron. In 1949, Wick invited him to be his assistant at the Radiation Lab at the University of California at Berkeley.
There he encountered numerous opportunities to conduct experiments and performed the first experiments on the photoproduction of pions with A.S. Bishop. He also worked with the likes of W.K.H. Panofsky, J. Stellar, O. Chamberlain, R.F. Mozley and C. Weigand.
Despite his achievements at the university, he could stay there for just one year. He declined to sign the so-called Non-Communist Oath and was told to leave. He then joined Columbia University in the summer of 1950 as a member of the faculty.

The Nevis Laboratory at Columbia offered him the requisite tools for several important experiments and he explored the possibility of experimenting with beams of T mesons. In the ensuing years he collaborated with D. Bodansky, A.M. Sachs, and several PhD students to conduct experiments to determine the spins and parities of charged and neutral pions to study the scattering of charged pions.

Other important experiments conducted in the laboratory concerned the angular correlation between electron-positron pairs in neutral pion decays, and established the rare decay of a charged pion to an electron and neutrino.
In the early 1960s, he worked along with Lederman and Schwartz to devise an experiment in particle physics using the accelerator at the Brookhaven National Laboratory, New York. The trio successfully obtained the first laboratory-made stream of neutrinos, and in the process discovered a new type of neutrino called a muon neutrino.
In 1968, Jack Steinberger accepted a position as a department director at CERN. There he continued his experiments and played a pivotal role in the development of new techniques that proved crucial for the first demonstration of direct CP-violation. He retired from CERN in 1986.
Major Works
Jack Steinberger, in collaboration with his colleagues Leon M. Lederman and Melvin Schwartz conducted experiments that established the existence of more than one type of neutrino. They became the first group to detect the interactions of the muon neutrino.
Awards & Achievements
Jack Steinberger, Leon M. Lederman, and Melvin Schwartz were jointly awarded the Nobel Prize in Physics in 1988 "for the neutrino beam method and the demonstration of the doublet structure of the leptons through the discovery of the muon neutrino".

In 1988, he was honored with the National Medal of Science in physical sciences.

Jack Steinberger’s married Joan Beauregard with whom he had two sons. They parted ways.

He then married Cynthia Alff, his former student and biologist. The couple had one son and one daughter.

See the events in life of Jack Steinberger in Chronological Order 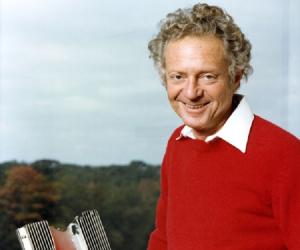