Jacinda Barrett is an Australian-American former model and actress who is known for her work in the critically acclaimed film ‘The Human Stain’. She has also appeared in several other popular films like ‘Ladder 49’, ‘Bridget Jones: The Edge of Reason’, ‘Poseidon’, and ‘The Last Kiss’. Her performance in the movie, ‘The Namesake,’ which is a film adaptation of the original novel by Jhumpa Lahiri, was much appreciated. She has also appeared in the film ‘Middle Men,’ which was based on the development of the internet porn industry. Interested in joining the show business from an early age, Jacinda began modeling as a teenager. After receiving training at the British American Drama Academy, she ventured into acting as well. She initially played minor roles in films and TV productions and eventually established herself as a popular supporting actress in the industry. 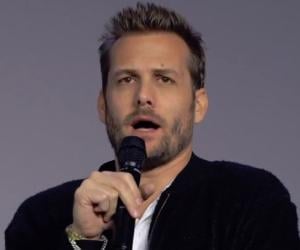 American People
Australian People
Australian Women
Leo Actresses
American Actresses
Australian Actresses
Career
Jacinda Barrett earned a name for herself as a model before she entered the world of acting. During her time in college, she posed for several agencies. She traveled to different countries in Europe and walked the ramp at numerous fashion shows. She then entered the fourth season of the reality show ‘The Real World: London’ as a contestant. The show was shot in London and featured several people, all strangers to each other, living together. Apart from Barrett, Kat Ogden, Neil Forrester, Jay Frank, Lars Schlichting, Michael Johnson, and Sharon Gitau were part of the show.
Her acting debut came in 1997 when she played ‘Heather Wallace’ in the film ‘Campfire Tales’. She appeared in a couple of other films before getting the role of ‘Steena Paulsson’ in the award-winning drama film ‘The Human Stain’ in 2003. The film featured Nicole Kidman and Anthony Hopkins in the lead roles. The movie won the Best Film Award at the AFI Awards in 2004. The film was based on Philip Roth’s novel of the same title.
In 2000, Barrett appeared in the drama series ‘Bull’ as ‘Holly Cameron’ in a recurring role for four episodes. Her next appearance on television came in the same year in the show ‘D.C.’ A year later, she acted in the drama series ‘Citizen Baines’. Over the next few years, Barrett appeared in a number of important films which established her credentials as an actress. In 2004, she appeared in the drama film ‘Ladder 49’, alongside Joaquin Phoenix and John Travolta. The film was directed by Jay Russell and tells the story of a firefighter trapped in a burning house.
Jacinda Barrett appeared in some challenging roles in films like ‘The Namesake’ and ‘Middle Men’. In the first film, she portrayed the role of ‘Maxine Ratcliffe’ while in the second one she played the character of ‘Diana Harris’. ‘Middle Men’ shows the formation of the internet porn industry and throws light on the lives of the porn stars. She appeared in three episodes of the legal drama television series ‘Suits’ between 2012 and 2013.
Barrett portrayed ‘Laila Galliston’, one of the lead characters in the ABC conspiracy television series ‘Zero Hour’ in 2013. She was also featured in the Netflix original series ‘Bloodline’ as ‘Diana Rayburn’ from 2015-17.
You May Like