If you log on the official website of Alexa Curtis, you shall be received by the mantra that she follows in her life, ‘Dream Believe Achieve’ and that itself says a lot about this charismatic child star who captured the hearts of Australians and people world over with her soulful renditions and melodic tunes. Inaugural winner of Nine Network’s show, ‘The Voice Kids Australia’, Alexa Curtis has become a brand to reckon with in the world singing industry. Thanks to internet and social media connectivity, Alexa has gained herself a huge fan following and millions of TV and global YouTube audience not just in Australia but worldwide. Post the fabulous and well-deserved victory at the Voice Kids Australia contest, Alexa Curtis is riding high with several projects in her hands. She is signed to Universal Music Australia and has done several shows, raising awareness and support for less fortunate children. She also recorded a Voice Kids compilation CD and went on a successful national tour. In the upcoming days, Alexa would represent the country in the Junior Eurovision Song Contest 2016. True to her passion, Alexa is happiest when on stage, or in the recording studio. 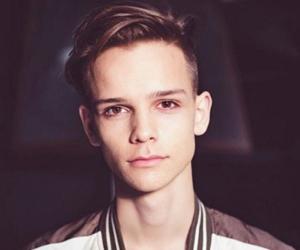 Kevin Parker
Pop Singers #1324
Singers #6115
DID WE MISS SOMEONE?
CLICK HERE AND TELL US
WE'LL MAKE SURE
THEY'RE HERE A.S.A.P
Quick Facts

Australian People
Women Singers
Capricorn Singers
Female Pop Singers
Australian Singers
The Meteoric Rise To Stardom
When Alexa Curtis prepared herself for the auditions of the debut season of ‘Voice Kids Australia’ little did she know that the journey would be one-of-its kind. The show became a life-changer for her and Australia found its ‘little singing superstar’. During the show, Alexa’s melodious voice and powerful natural tones helped her gain a lot of fan following. The audience were thrilled with her soulful renditions as were the audience and in no time, she became one of the finalists of the show, also the youngest. She rose above her fellow contestants to become the inaugural season winner. However, this was just the beginning of a glorious career in music for this charismatic young girl, who has not looked back since then. She was signed by Universal Music Australia and went on to take part in several shows and concerts. Post her phenomenal success, she came up with her first single, ‘Playground’ that was released through Universal Music. She has graced the stage on numerous occasions with live and televised performances. A powerhouse of talent, Alexa would soon be representing her country at the Junior Eurovision Song Talent 2016.
You May Like

Capricorn Women
Beyond Fame
Though there is no denying the fact that Voice Kids Australia gave Alexa Curtis the star status that she enjoys and a glorious kick-start to her singing career, there is more to young Curtis than just the show. Before the show happened to her, Alexa featured in the 2012 production of ‘Oliver!’ alongside her brother Aidan. Post her Voice Kids days, she twice appeared in the 2014 Schools Spectacular. Same year, she also performed with a small group of The Voice Kids at Vision Australia's Carols by Candlelight. In 2015, Alexa performed twice at the IGA Lord Mayor's Christmas Carols, once as a solo performer, and other as a duet with Napoleon 'Polo' Cummings. Lately in March 2016, she sang the opening theme song for six episodes of The Powerpuff Girls on Cartoon Network Australia.
Behind The Curtains
Alexa Curtis was born on January 4, 2004 to Tony and Michelle Curtis in Gold Coast Australia. Two years before Alexa was born the Curtis’ family were settled in Auckland, New Zealand. They shifted base to Australia in 2002 and were blessed with Alexa in 2004. Alexa has an elder brother, Aidan.
Trivia
Prior to contesting at the 2014 Voice Kids Australia, Alexa had no formal training in singing. She went on to become the youngest finalist and ultimately the winner. 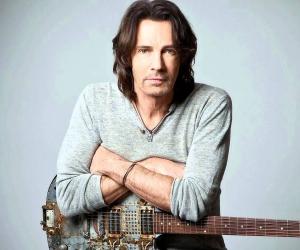 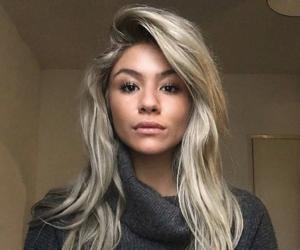