Jacinda Ardern is a New Zealand politician who, since October 2017, has been serving as the 40th Prime Minister of the country. Sworn in the position at 37 years of age, she became the youngest female head of the government in the world. In 2017, she also became the youngest leader of the Labour party and the second female to lead it after Helen Clark. She joined the Labour party when she was just seventeen years of age, and at twenty-eight she entered the Parliament as its youngest sitting MP. She sees herself as a social democrat and a progressive with her government paying special attention to the country’s housing crisis, child poverty and social inequality. She has been widely appreciated for handling the situation in the aftermath of Christchurch mosque shootings in 2019 and COVID-19 pandemic in New Zealand in 2020. Tulsi Gabbard
26th July In History
DID WE MISS SOMEONE?
CLICK HERE AND TELL US
WE'LL MAKE SURE
THEY'RE HERE A.S.A.P
Quick Facts Jacinda Ardern was born on 26th July 1980 in Hamilton, New Zealand. Her father, Ross Ardern, served as a police officer while her mother, Laurell Ardern, was employed as a school catering assistant.

For her education, she attended the state secondary school, Morrinsville College, and later went to the University of Waikato and completed her Bachelor of Communication Studies in politics and public relations in 2001.

While in school, she landed her first job at a local fish-and-chip shop at Morrinsville’s Golden Kiwi.

At the age of seventeen, Jacinda Ardern became a member of Labour Party and grew into a significant senior figure in the Young Labour section.

Along with her aunt, Marie Ardern, a Labour Party member, she became a part of the re-election campaign of New Plymouth MP, Harry Duynhoven, in the general elections of 1999.

Thereafter, she went to New York and worked as volunteer in a soup kitchen for the next six months. During this time, she also worked on a workers’ rights campaign.

Once she exhausted all her money, she applied for a job in the UK Cabinet Office and was selected to work as a senior policy adviser to then-British Prime Minister, Tony Blair.

For two and half years starting from 2005, she worked as a part of a policy unit comprising of eighty people and was responsible for improving ways in which local authorities dealt with small business.

The year 2008 saw her getting elected to the post of President of the International Union of Socialist Youth. In this role, she travelled and spent time in various countries including Algeria, China, India, Israel, Jordan, and Lebanon.

In 2008, she was selected as Labour’s party candidate for MP of the Waikato district and was placed 20th in the party list. The Labour party failed to secure a win in the election but her rank in the party list ensured her a seat in the parliament.

In the 2011 general election, she was Labour party’s candidate from Auckland Central; however, she lost to Nikki Kaye. Yet again, she was back in the parliament owing to her high rank (13th) in the party list.

Her support for David Shearer for the party leadership following the resignation of Phil Goff secured her the fourth ranking position in the shadow cabinet and a significant assignment as Social Development spokesperson.

She once again lost the Auckland Central seat to Kaye in the 2014, but with 5th rank in the party list, she comfortably made it to the parliament. She was appointed as spokesperson for Arts, Culture and Heritage, Children, Justice, and Small Business by the new party leader Andrew Little.

Due to Labour’s party poor performance in polls, Andrew Little stepped down as party president and Jacinda Ardern took over in August 2017, just some weeks before the general election. With this, she also became the leader of the opposition.

She announced that her election campaign would be filled with ‘relentless positivity’. She received plenty of positive coverage from both domestic and international media with 'Jacinda effect' and 'Jacinda mania’ sweeping the country.

In the elections, the Labour party secured the second highest vote. She was elected Prime Minister in a coalition government with the Greens and the New Zealand First Party.

Jacinda Ardern considers herself a social democrat, a progressive, a republican and a feminist. She views capitalism as a ‘blatant failure’ due to huge problem of child poverty and homelessness in New Zealand.

She has supported same sex marriage, decriminalisation of abortion, lower rate of immigration due to infrastructure issues and higher number of refugees.

She is in favour of New Zealand's nuclear-free policy and recognizes that a lot has to be done to save the environment.

She has also called for a national debate for the removal of the country’s monarch as head of state.

In March 2019, Jacinda Ardern was appreciated for her sensitive handling of the situation after the Christchurch mosque shootings in which 51 Muslim worshippers were killed and another 49 were seriously injured. She described the attack as a well-planned terrorist attack, announced a period of national mourning and visited the families of the victims as well as the first responders.

She also called for changes in the gun laws of the country. Within a month, a Bill was passed in the New Zealand’s parliament banning most semi automatic weapons and assault rifles, parts that convert guns into semiautomatic guns, and higher capacity magazines.

She was also praised for her swift response to the coronavirus pandemic in 2020. She took early steps and on 15th March, made it compulsory for people entering the country to undergo self-isolation for 14 days. On 19th March, she closed the borders of the country for non-citizens and non-permanent residents and by 25th March, announced a complete lockdown. In June 2020, the country was declared Covid-19 free.

Jacinda Ardern is engaged to be married to television presenter Clarke Gayford. In January 2018, she announced that she was expecting her first baby and in June, she gave birth to her baby girl - Neve Te Aroha.

She belonged to The Church of Jesus Christ of Latter-day Saints in New Zealand; however, in 2005, she left it citing conflict with her own views. In 2017, she recognized herself as an agnostic.

See the events in life of Jacinda Ardern in Chronological Order 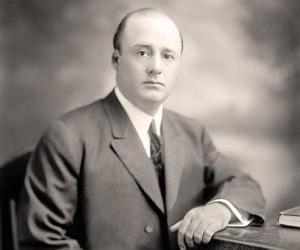