Advanced Search
Clarke Gayford is a radio and television broadcaster from New Zealand. He is best known for hosting the popular TV program ‘Fish of the Day.’ In 2016, ‘Fish of the Day’ won the ‘Best Lifestyle Show’ award at the ‘Houston International Film Festival.’ The show's popularity increased when it was screened in more than 35 countries after being purchased by the ‘National Geographic Channel.’ Gayford has hosted shows on radio stations, such as ‘Channel Z,’ ‘The Edge,’ ‘More FM,’ and ‘George FM.’ Apart from ‘Fish of the Day,’ he has also hosted many other television shows including ‘United Travel Getaway,’ ‘Ultimate Guiness World Records’ (Kiwi version), ‘Extraordinary Kiwis,’ and ‘Seven Sharp.’ He currently resides in Wellington along with his partner Jacinda Ardern and daughter Neve Te Aroha. Jessica Nigri
DID WE MISS SOMEONE?
CLICK HERE AND TELL US
WE'LL MAKE SURE
THEY'RE HERE A.S.A.P
Quick Facts

New Zealander People
New Zealand Men
Male Media Personalities
New Zealander Media Personalities
New Zealander Film & Theater Personalities
Childhood & Early Life
Clarke Timothy Gayford was born on October 24, 1977, in Gisborne, New Zealand. He grew up in a farm outside Gisborne where he developed a passion for fishing and surfing. He started fishing early in his childhood and became an expert fisher by the time he turned ten.
At the age of 11, he was enrolled at ‘Palmerston North Boys' High School.’ In 1995, he started attending ‘Otago University’ to earn a ‘Bachelor of Arts’ degree. However, he later transferred to Christchurch’s ‘New Zealand Broadcasting School’ where he was successful in pitching the student-life show ‘Cow TV’ to ‘Channel 9.’ He then went on to direct and produce some of the episodes of ‘Cow TV.’
In 1999, Gayford became one of the contestants of the popular reality competition television program ‘Treasure Island.’ He then moved to Auckland where he landed opportunities to present various shows targeting youngsters on free-to-air music channel ‘C4.’ While hosting adventure shows and chart countdowns on ‘C4,’ Gayford also helped produce the comical sports show ‘Pulp Sport.’ He helped produce the first two and a half seasons of the show, working out of a shed behind his flat.
Continue Reading Below
Career
In 2007, Clarke Gayford hosted the popular travel show ‘United Travel Getaway,’ which was aired on ‘Prime Television.’ In the show, Gayford was seen exploring the shores of Lake Wakatipu near Queenstown alongside champion snowboarder and TV personality Hayley Holt. The following year, he hosted the Kiwi version of the ‘Ultimate Guinness World Records.’
In 2009, he joined 34,684 entrants in the ‘Best Job in the World’ tourism campaign, organized by the tourism department of Australia’s Queensland. The campaign offered one lucky candidate a dream job of caretaking the Islands of the Great Barrier Reef. Gayford was one among the final 16 contestants of the campaign.
He hosted the third season of the biographical documentary TV series ‘Extraordinary Kiwis,’ in 2010. As the host of ‘Extraordinary Kiwis,’ he profiled famous personalities, including rugby player Dan Carter and professional motocross racer Joshua ‘Josh’ Coppins among many others.
He also started hosting many radio shows, including the drive time shows on ‘George FM’ and ‘More FM.’ Thereafter, he started hosting prominent shows for radio stations, such as ‘Channel Z’ and ‘The Edge.’
Gayford’s passion for fishing took a back seat when he started focusing on hosting television and radio shows. But his passion for fishing was rekindled when he caught a few Snappers during one of his trips to Auckland Harbour. After his fishing experience at Auckland Harbour, he started dedicating time to fishing alongside hosting radio shows.
In 2015, he figured out a way to incorporate his passion into his job. Subsequently, he quit working for ‘George FM’ and collaborated with producer Mike Bhana to come up with a fishing show titled ‘Fish of the Day.’ Initially aired on ‘Choice TV,’ the show became extremely popular and was later bought by the ‘National Geographic Channel’ and they aired the show in more than 35 countries.
Clarke Gayford’s popularity increased after hosting ‘Fish of the Day.’ In 2016, his show won the ‘Best Lifestyle Show’ award at the ‘Houston International Film Festival.’ Gayford has also appeared on television shows such as ‘Seven Sharp,’ ‘AA Torque Show,’ and the New Zealand version of ‘Joker Poker.’ Also, he occasionally contributes to the popular show ‘The Panel,’ which is aired on ‘Radio New Zealand’ (RNZ).
Family & Personal Life
Clarke Gayford met New Zealand politician Jacinda Ardern in 2012, when he was introduced to her by television host and model Colin Mathura-Jeffree. After a few days, Gayford contacted Ardern regarding a ‘Government Communications Security Bureau’ (GCSB) bill and they eventually started dating after their second meeting.
As Ardern’s partner, Gayford started hogging the limelight when the former was elected as the leader of the ‘Labour Party,’ in August 2017. On October 26, 2017, she became the 40th Prime Minister of New Zealand following a general election. Although the couple is unmarried, Gayford has often been referred to as the 'husband' of Jacinda Ardern. Gayford has accompanied Ardern to various important public events, including the 2018 ‘Commonwealth Heads of Government Meeting’ held in London.
Gayford and Ardern raised a polydactyl cat named Paddles which became famous when Jacinda Ardern was elected the prime minister, in 2017. Paddles was often referred to as the ‘First Cat’ and even had a separate Twitter account. Their cat died in November 2017, when it was hit by a car near Point Chevalier.
In January 2018, Jacinda Ardern announced that she was pregnant with her first child. With this, she became the first New Zealand Prime Minister to become pregnant while in office. On June 21, 2018, Gayford and Ardern were blessed with a daughter named Neve Te Aroha.
Gayford is active on social media platforms, such as Twitter and Instagram where he has thousands of followers. He often posts pictures depicting his fishing experiences on his official Instagram page.

See the events in life of Clarke Gayford in Chronological Order 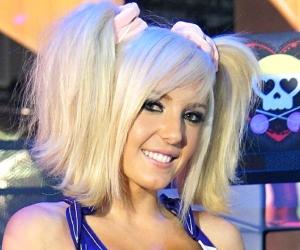