Ivan Meštrović was a Croatian architect and sculptor whose work made him one of the most influential artists of the 20th century. From humble beginnings in the small village of Vrpolje, he went on to study at the prestigious Academy of Fine Arts in Vienna. Here he developed his raw ability and passion for stone cutting into a finely tuned talent. His first sculpture to gain international recognition was 1905 piece entitled ‘Well of Life’. Virtually all of his works pay homage to his Croatian upbringing. His early works were inspired by the heroes of Croatian folklore, as well as the struggles of the Croatian people against various oppressors throughout history. After the First World War, Meštrović started to draw influence from religion. He became entranced by the works of Michelangelo and the influence can be seen in his later works. Meštrović spent his later years as a citizen of the United States. He had tenures as an art professor at Syracuse University and the University of Notre Dame. Before his death Meštrović declared all of his Croatian estate to be left to the people of Croatia. This included over 400 sculptures and drawings. He will forever be remembered as one of the most important figures in Croatian history.` 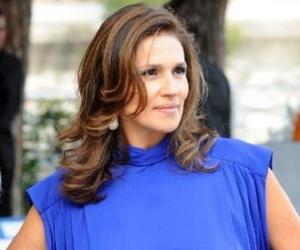 Tony Mendez
Sculptors #138
Miscellaneous #4726
Architects #165
DID WE MISS SOMEONE?
CLICK HERE AND TELL US
WE'LL MAKE SURE
THEY'RE HERE A.S.A.P
Quick Facts

American Celebrities
Croatian Celebrities
Croatian Men
Male Sculptors
Male Architects
American Sculptors
Childhood & Early Life
Ivan Meštrović was born on August 15, 1883, in Slavonia, Austria-Hungary, which is located in modern-day Croatia. He was born to peasant farmers in the small village of Vrpolje.
He was raised in the village of Otavice where his father was the only one in the community who could read. His family was very religious and this influence showed in his sculptures.
In 1896, at the age of thirteen, he got his first apprenticeship under a marble cutter.
In 1899 a master stone cutter from Split by the name of Pavle Bilinic took notice of his talent. He took the sixteen-year-old boy under his wings as an apprentice. Bilinic’s wife was a high school teacher and under the tutelage of the husband-wife duo his skills were greatly improved. Meštrović’s study of city architecture played a great role in honing his skill.
Soon after starting this apprenticeship Meštrović was admitted to the Academy of Fine Arts in Vienna. He studied here until 1904.
Continue Reading Below
You May Like

Who Is The Most Popular BTS Member?
Career
In 1905, he began exhibiting his work with the Vienna Sezession exhibition.
He built on this momentum in 1906 when he showcased his work at the Austrian Exhibition at Earl's Court in London.
In 1908 he moved to Paris, France. During his time in France he established a relationship with the renowned French Sculptor Auguste Rodin.
While in France he produced over 50 sculptures. Many of these works drew heavy influence from the local Croatian legends and earned him international recognition.
In 1911, he moved to Rome, where he spent four years studying ancient Greco-Roman sculptures.
After the First World War, Meštrović moved to the newly formed Kingdom of Serbs, Croats, and Slovenes. He settled down in Zagreb and was appointed director of the Art Institute of Zagreb.
In 1923, he built a mausoleum for the Račić family and a set of war monuments in Kosovo. These monuments paid homage to a battle against the Turks in 1389.
Meštrović traveled to Brooklyn in 1924 to exhibit his work. He also traveled to Chicago in 1925.
In 1927, he went to Palestine and Egypt to showcase his work. In the same year he entered a contest to design the coins for the new Irish Free State.
Continue Reading Below
In 1941, he faced political persecution from the new Croatian government. He escaped further conflict by relocating to Rome. He spent his time here at the Pontifical Croatian College of St. Jerome working under the sponsorship of Dominik Mandic.
In 1946, he emigrated to the United States. He was offered a position at Syracuse University as an art professor.
During the 1950s he made several contributions to ‘Hrvatska revija’, a journal for Croatian emigrants. The journal would later publish his full memoirs.
In 1955, he accepted a position as a professor of fine arts at the University of Notre Dame.
Major Works
Meštrović's first major work was his ‘Well of Life’ sculpture first, exhibited in 1905. The work shows several people contorting their bodies around a well, which signifies the hardships faced at the time by his native people.
Another one of his major works was his bust of Nikola Tesla. Its significance is that it is the most well-known piece of art regarding this famous scientist.
Awards & Achievements
He was awarded the American Academy of the Arts and Letters gold medal for sculpture in 1953.
Personal Life & Legacy
Meštrović got married to his first wife, Ruza Klein, in 1904.
He married his second wife, Olga Kesterčanek, in 1922. The couple had four children together: Marta, Tvrtko, Maria, and Mate.
Two of his children died before him. His daughter Marta died in 1949 at the age of 24, and his son Tvrtko died at the age of 39 in 1961.
Meštrović died in South Bend, Indiana on January 16, 1962, at the age of 78.
Trivia
Meštrović was the first artist to have a solo exhibition at the Victoria and Albert Museum in London, which went on display in 1915.
He also was the first artist to have his work exhibited at the Metropolitan Museum of Art while he was still alive.
He was good friends with the famous scientist Nikola Tesla.
You May Like

See the events in life of Ivan Meštrović in Chronological Order 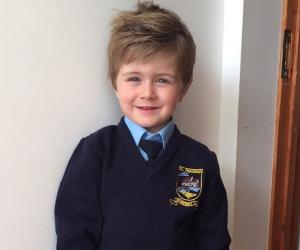