Inna is a Romanian singer and songwriter known for hit singles like ‘Hot’ and ‘Love.’ Her debut single ‘Hot’ became a huge success, charting in several countries including Romania and the US. Her next song ‘Love’ was also a success, reaching the top ten of the charts in Romania, Slovakia, Hungary and Czech Republic. She eventually released her debut album ‘Hot’, which won the Romanian Music Award for ‘Best Album’. It was also commercially successful. Inna was just a young girl when she developed an interest in music. Her passion intensified with time and she took singing lessons to hone her inherent musical skills. Her initial years as a singer were fraught with struggles yet she was determined to make it big. Eventually she found the success she sought and is today one of the most popular singers in Romania. Inna was reported to be Romania’s best selling artist abroad by the Romanian TV channel ‘Antenna 3’. She is also known for her philanthropic activities and activism for the rights of children, women, and the LGBT community. Romanian People
Romanian Women
Libra Singers
Women Singers
Libra Musicians
Career
Inna signed a contract with the American record label ‘Ultra Records’ and released her debut single ‘Hot’, which achieved international success. It reached the top ten charts in various countries, such as Belgium, France, Hungary, Russia, and the UK. Her next singles ‘Love’, ‘Déjà vu’ and ‘Amazing’ also found commercial success. She eventually released her debut album ‘Hot’ in 2009, and it received the Romanian Music Award in the ‘Best Album’ category. It also charted in several countries. Though it received mostly positive reviews, Inna was criticized for lack of innovation.
Her next studio album ‘I Am the Club Rocker,’ which was released in 2011, also found commercial success. It was the most successful in Mexico, where it reached the 8th position on the Mexico 100 chart. It featured singles like ‘Un Momento’, Club Rocker’ and ‘Sun is Up’, all of which entered and performed well in charts of various countries. The album was nominated for the Romanian Music Award in the category of ‘Best Album’. However, it failed to win this time.
Her third album, ‘Party Never Ends,’ was released in 2013. Though it was also nominated for the Romanian Music Award in the ‘Best Album’ category twice, it failed to win either time. The album didn’t perform as well commercially compared to her previous album.
She released her self-titled fourth studio album in 2015. With singles such as ‘Bop Bop’, ‘Rendez Vous’ and ‘Yalla’, the album entered the charts in Mexico and Japan. Her most recent album ‘Nirvana’ was released in 2017. Though it found success in a few European countries, it failed to significantly impact any charts. It was met with mixed to positive reviews from the critics.
She has received several awards and nominations in her career, including the Romanian Music Awards, the Balkan Music Awards and the MTV Europe Music Awards.
You May Like

Women Musicians
Libra Pop Singers
Romanian Singers
Female Pop Singers
Continue Reading Below
Personal Life
Inna was born as Elena Alexandra Apostoleanu in Mangalia, Romania on 16th October 1986. She grew up in Neptun and used to listen to Beyonce and Celine Dion during her teenage years. She attended Ovidius University, where she studied political science.
She was discovered by Marcel Botezan who offered her a contract with Roton. She later signed with Play & Win. She changed her stage name to ‘Inna’ before she launched her career.
She is also a human rights activist known for her campaigns against domestic violence. She supports children’s causes and LGBT rights as well.
She hasn’t revealed anything regarding her personal life and is most probably single.
Recommended Lists: 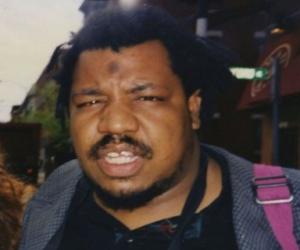 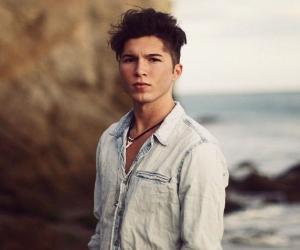