(Pop Singer-Songwriter And Part Of The Band 'Teen Angels')

Lali Espósito, better known as “Lali,” is an Argentine singer, actor, songwriter, and model who rose to fame with the Argentinean drama–comedy ‘Casi Ángeles’ (Almost Angeles), in which she played ‘Marianella Talarico Rinaldi.’ She made her acting debut with the 2003 TV show ‘Rincón de Luz,’ as ‘Malena “Coco” Cabrera.’ She earned her first TV lead in the series ‘Esperanza Mía,’ in which she played ‘Esperanza.’ Her first film role was in the Argentinean film ‘La pelea de mi vida’ in 2012. She was one of the main leads of the film. Her other films are ‘a Los 40’ (2014) ‘That’s Not Cheating’ (2016), and ‘The Accused’ (2018).Her singing career began in 2007, when Lali, along with her ‘Casi Angeles’ co-stars, started a pop band named ‘Teen Angels.’ The band was a commercial success and established Lali’s career as a singer. The group released six albums, five of which went “platinum” and one went “gold.” As a model, she has worked with brands such as ‘Promesse,’ ‘KEFF’ body spray,’ ‘Lara Teens,’ and ‘Carefree’ feminine wipes. She has also appeared on the covers of magazines such as ‘Billboard,’ ‘Seventeen,’ and ‘Cosmopolitan.’ She is also a philanthropist. Sebastian Olzanski
DID WE MISS SOMEONE?
CLICK HERE AND TELL US
WE'LL MAKE SURE
THEY'RE HERE A.S.A.P
Quick Facts

Argentinian People
Actresses
Musicians
Pop Singers
Hip Hop Singers
Childhood & Early Life
Mariana Espósito was born on October 10, 1991, in Parque Patricios, Buenos Aires, to María José Riera and Carlos Esposito. Her father was a football coach.
She has two siblings: Patricio and Ana Laura. Her family moved to Banfield after she finished high school.
Her love for acting became evident at a tender age. She was only 6 when she appeared on the children’s TV show ‘Caramelito y vos’ in 1998.
Following this, nothing could stop her from following her dreams.
Continue Reading Below
Early Career
Mariana made her acting debut with the children’s TV series ‘Rincón de luz’ (2003) at the age of 10. She played a character named ‘Malena “Coco” Carbera,’ which was one of the main roles on the show.
In 2004, she appeared on the small screen as ‘Roberta Espinosa’ in ‘Floricienta,’ which was loosely based on the story of ‘Cinderella.’ In 2006, she played ‘Agustina Ross’ in the children’s musical soap opera ‘Chiquititas Sin Fin.’
Career
She rose to fame as an actor in 2007, when she starred as ‘Marianella Rinaldi’ in the Argentinean drama–comedy ‘Casi Ángeles.’ In 2011, she played ‘Milagros Rivas,’ another main role, in ‘Cuando Me Sonreís.’
She appeared in series such as ‘Dulce Amor’ in 2012 and ‘Solamente Vos’ in 2013, before she landed her first leading role in the TV series ‘Esperenza Mía,’ which featured her in the titular role, ‘Esperanza.’
The show also had Mariano Martinez in the lead and lasted for one season. In 2018, she appeared as herself in ‘MTV Diary.’
The same year, she appeared in one of the episodes of ‘Sandro de América.’ She was also one of the judges of Latin singing competition show ‘Talento FOX.’
She made her film debut with ‘La pelea de mi vida’ in 2012. She played the main role of ‘Belén Estévez.’ in the film.
In 2013, she was part of the concert film ‘Teen Angels: El Adiós,’ based on her pop band ‘Teen Angels.’ She played the role of ‘Melissa’ in the 2014 film ‘A Los 40.’
In 2016, she had a cameo in the film ‘Me casé con un boludo.’ She played ‘Camila Boecchi,’ a lead role, in the Argentine film ‘That’s Not Cheating.’
Continue Reading Below
Her latest film, ‘The Accused,’ was released in 2018 and received widespread critical acclaim. Her performance as ‘Dolores Dreier’ in the crime thriller was praised by many.
The film was also one of the top 21 picks to compete for the ‘Golden Lion Award’ at the ‘75th Venice International Film Festival,’ where it premiered. It was also screened at the 2018 ‘Toronto International Film Festival,’ the ‘Busan International Film Festival,’ and the ‘Morelia International Film Festival.’
In 2007, she assembled a teen pop group of four, consisting of her ‘Casi Ángeles’ co-stars. It was called ‘Teen Angels’ and was a commercial success in countries such as Argentina, Israel, Chile, Peru, and Spain.
In a span of 5 years, the band released six studio albums and three live albums. Five albums were certified “platinum” and one was certified “gold” by the ‘Argentine Chamber of Phonograms and Videograms Producers.’
After touring countries such as Argentina, Spain, and Peru, ‘Teen Angels’ finally disbanded in 2012. Following this, Lali started working on her solo music career.
In 2013, she released her first solo album, ‘A Bailar.’ The first single, ‘A Bailar,’ received 100 thousand views on ‘YouTube’ and became a popular number.
It was featured among the top 20 on ‘iTunes Latin’ and ‘iTunes Israel.’ She also began her ‘A Bailar Tour’ in Argentina, Chile, Spain, Italy, and Israel in 2014. It was a major success.
In 2016, her tour was stretched to Buenos Aires, Rosario, Mar del Plata, and Córdoba . Her next album, ‘Soy,’ was released in 2016. It sold more than 20 thousand copies within 3 hours of its release in Argentina.
It also debuted at No. 1 in Argentina. Her third studio album, ‘Brava,’ was certified “gold” a week after its release.
Continue Reading Below
It sold more than 10 thousand copies within a week of its release. As a singer, Lali also performed as the opening act for Latin singing sensation Ricky Martin in Buenos Aires in 2014.
She also opened for Katy Perry during Katy’s ‘The Prismatic World Tour’ in 2015 and ‘Witness: The Tour’ in 2018.
Other Major Works
Lali is also a model and has appeared on the covers of magazines such as ‘Caras,’ ‘OnMag,’ ‘Las Rosas,’ ‘Twees,’ ‘Seventeen,’ ‘Cosmopolitan,’ and ‘Billboard.’ She also has her own line of perfumes.
She also launched a clothing item for ‘47 Street’ in 2018. As a philanthropist, she focuses on issues such as biodiversity, unemployment, and welfare of children.
She supports voluntary termination of pregnancy in Argentina. She was in favor of the bill proposing that an abortion could be performed within the first 14 weeks of pregnancy, solely on the pregnant woman’s desire.
The bill was, however, not passed by the senate. However, she continues to support the cause.
Awards & Achievements
Lali has won numerous awards, such as the ‘MTV Europe Music Award,’ the ‘Kids’ Choice Award,’ the ‘MTV Millennial Award,’ the ‘Heat Latin Music Award,’ and the ‘Gardel Award.’ As of January 2019, Lali has won 39 awards and has received 71 nominations.
She was also billed as one of the ’25 Sexiest Women in Argentina’ by ‘The Ranking.’
Family & Personal Life
Lali Espósito dated her ‘Casi Ángeles’ co-star Peter Lanzani from 2006 to 2010. She was also in a relationship with ‘Casi Angeles’ co-star Benjamin Amadeo from 2010 to 2015.
She dated her ‘Esperenza Mia’ co-star Mariano Martínez for a year, from 2015 to 2016. She is in a relationship with Santiago Mocorrea since 2016.
She currently lives in Palermo, Buenos Aires.

See the events in life of Lali Espósito in Chronological Order 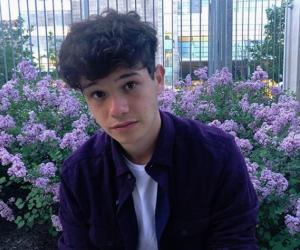