Ilham Heydar oglu Aliyev is the current President of Azerbaijan holding the position since 2003. He is the fourth president of Azerbaijan succeeding his father Heydar Aliyev who held the office from 1993 to 2003. He serves the ‘New Azerbaijan Party’ as it’s Chairman and also heads the ‘National Olympic Committee. He is the recipient of two national honors - the ‘Heydar Aliyev Order’ and the ‘Order of Sheikhulislam’. He has received several foreign awards, honours and orders. Some of them are ‘Grand Cordon Order of Merit’ from ‘International Military Sports Council’, ‘Prepodobniy Sergiy Rodonejskiy first degree Order of Russian Orthodox Church’ and the ‘Grand Cross of the Legion of Honor’ from France. Ilham Aliyev has been conferred honorary degrees by several foreign universities. Some such honours are ‘Honorary Doctor of Lincoln University’ of USA, ‘Honorary Professor of Moscow State University’ of Russia and ‘Honorary Doctor of Kyung Hee University’, South Korea. He remains one of the most controversial figures who have faced criticism for his autocratic rule in Azerbaijan. While political analysts mark him as Europe’s leading man in corruption, ‘Transparency International’ has enlisted his government among the most corrupt in Europe. Azerbaijani People
Azerbaijani Men
Tall Celebrities
Tall Male Celebrities
Male Leaders
Childhood & Early Life
He was born on December 24, 1961, to Heydar Aliyev and Zarifa Aliyeva in Baku, Azerbaijan. His father was a prominent political leader of Azerbaijan who remained the third President of the country from October 1993 to October 2003. His mother was an ophthalmologist, academician and professor.
From 1967 to 1977 he studied in a secondary school, ‘No 6’ in the city of Baku and upon completion he enrolled in the ‘Moscow State University of International Relations’ (‘MSUIR’) to pursue his graduation.
In 1982 he pursued his post graduation studies in ‘MSUIR’ and in 1985 he earned his PhD as a Doctor of Philosophy on historical sciences submitting his research papers.
He served at the ‘Moscow State University of International Relations’ as a teacher from 1985 to 1990. Apart from Azerbaijani, he is fluent in English, French, Turkish and Russian languages.
From 1991 to 1994 he remained a businessman in Moscow and Istanbul working with and leading a group of private production-commercial undertakings.
His father passed order to close all the casinos in Azerbaijan as rumours of lavish lifestyle of Ilham Aliyev encompassing women, gambling and heavy debts reached his father.
Continue Reading Below
You May Like

Who Is The Most Popular BTS Member?
Career
He was inducted by the ‘State Oil Company of Azerbaijan Republic’ (‘SOCAR’) during mid-94 as its vice-president. He was a prominent participant at the time of settlement of ‘Contract of the century’, a new contract that was negotiated between Western oil companies and the government of Azerbaijan.
In 1995 he became an elected member of the ‘Milli Majlis’ (the Parliament of Azerbaijan Republic).
Since 1997 he has served as the president of ‘National Olympic Committee’. His contributions for the Olympic movement and development of sports earned him the award for the highest order of International Olympic Committee. He is also the recipient of the ‘Grand Cordon Order of Merit’ from the ‘International Military Sport Council’.
He was elected a member of the ‘Milli Majlis’ for the second time in 2000.
He headed the Azerbaijan delegation from 2001 to 2003 at the ‘Parliamentary Assembly of Council of Europe’ (‘PACE’).
He was elected in January 2003 as the Deputy Chairman of ‘European Council Parliamentary Assembly’ and also as a ‘PACE’ bureau member.
On August 4, 2003 Ilham Aliyev was appointed the Prime Minister of Azerbaijan.
He was elected the new President of Azerbaijan on October 15, 2003 and took charge of office on October 31 but had to step down due to bad health.
He became the chairman of the ‘New Azerbaijan Party’ on March 26, 2005 but was condemned by the opposition citing infringement of law, which deters any party affiliation of a president.
Continue Reading Below
He became the President of Azerbaijan for the second time in 2008 after securing 88% in the polls, the opposition parties however boycotted the polls held on October 15 that year. On October 24 he took charge as the President.
In 2009 a constitutional referendum was passed by him that exterminated the consecutive term limit of the President and also limited freedom of press. Though the opposition regarded this as an infringement of the constitution of Azerbaijan and that of European convention on human rights, the referendum paved way for him to contest for presidency any number of times.
History of Azerbaijan witnessed full house Parliament of Ilham Aliyev loyalists in the 2010 parliamentary election with not even a trace of opposition parties including that of ‘Musavat’ and ‘Azerbaijan Popular Front’.
In 2011 several protests and agitations opposing his rule and demanding for the removal of his government and establishing democracy were held. Around four hundred people were arrested.
Ilham Aliyev persuaded the Hungarian government in 2012 to transfer murder convict Ramil Safarov to Azerbaijan where he will go through the balance of his jail term. On the contrary when Ramil Safarov was sent to Azerbaijan, he was made a major and given a payment of over 8 years including the time he had already spent in prison along with an apartment.
During the next presidential election on October 9, 2013, he became President for the third time securing 85% of the votes. A smart phone application of the ‘Central Election Commission’ however displayed a 72.76% win by him that came out one day before the polling started thus implying contrivance of election results. He was criticised by the US and the ‘Amnesty International’ for inconsistencies in elections and suppression of reporters.
He has mentioned Armenians as enemies of Azerbaijan and has repeatedly threatened to inflict military force to capture Nagorno-Karabakh along with entire Armenia.
In 2012 he was declared as the ‘Person of the Year’ by the ‘Organized Crime and Corruption Reporting Project’.
Personal Life & Legacy
On December 22, 1983, he married Mehriban Aliyeva. At present Mehriban heads the ‘Heydar Aliyev Foundation’. The couple has three children, Leyla, Arzu and Heydar.
According to the reports of ‘Mail Online’ and ‘The Washington Post’, Leyla and Arzu hold properties worth £50 million taking those into account in London, Dubai and Paris. Heydar, who is eleven years old, is the owner of nine mansions in Dubai, summing up his property worth $44 million.
You May Like

See the events in life of Ilham Aliyev in Chronological Order 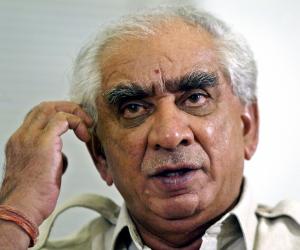 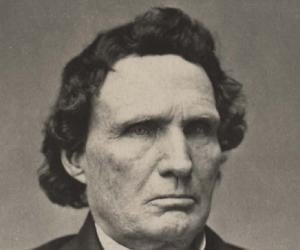