Charlotte Dean is an American illustrator, writer, and visual artist, best known for her popular live show ‘Charlotte’s Shorts.’ Born in Los Angeles, California, she is the daughter of popular TV producer Tracy Newman and actor and photographer James F Dean. Her maternal aunt, Laraine Newman, is a popular actor and comedian. Born into a family of professional artists, Charlotte picked up the artistic flair pretty early. She started writing when she was 5 years old and attended the ‘Cornish College of the Arts’ later. She drew inspiration for writing from her father and gradually started transforming her stories into illustrations. Her visual artwork has been showcased in galleries in places such as New York, Los Angeles, Mexico City, and Seattle. In 2008, she started a blog titled ‘Charlotte’s Shorts.’ In 2014, she developed a TV show based on her blog, co-directing it with her mother. The show, ‘Charlotte’s Shorts,’ was a success and was featured at the ‘SF Sketchfest’ and ‘The Hollywood Fringe Festival.’ 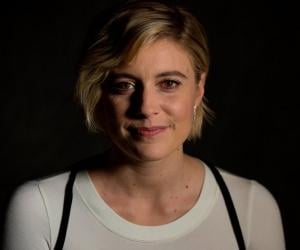 American People
Short Story Writers
American Women
Libra Writers
Women Writers
Childhood & Early Life
Charlotte Dean was born on September 29, 1982, in Los Angeles, California, to James F Dean and Tracy Newman. Her mother is an established TV producer and writer, best known as the creator of the successful sitcom ‘According to Jim.’ Her father is a photographer, actor, writer, and graphic designer.
Her extended family, too, had strong ties with the entertainment industry. Her maternal aunt, Laraine Newman, was one of the founding members of the successful improvisational comedy troupe ‘The Groundlings,’ along with Tracy.
Having such creative people around her provided Charlotte with the appropriate environment to develop her artistic instincts. As a result, she started drifting toward art and began writing short stories when she was just 5 years old.
Her mother and aunt performed improvisational and sketch comedy while working with ‘The Groundlings,’ and Charlotte spent a lot of her childhood with the troupe. However, she developed no interest in acting or comedy.
Charlotte completed her high school from the ‘Marlborough School.’ Following her graduation, she pursued a degree in visual arts from the ‘Los Angeles High School of the Arts.’
She studied art at the ‘Bard College,’ a liberal arts college, and then acquired another degree from the ‘Cornish College of the Arts,’ located in Seattle.
Continue Reading Below
You May Like

American Writers
Female Film Directors
American Directors
Female Illustrators
Career
Soon after graduating university, she started working as an art teacher in pre-schools. She also continued to work on her own projects.
She always had a soft spot for writing. She also wrote children’s stories and made illustrations. She had moved to Mexico City briefly, following her high-school graduation, where she devoted all her time to writing. However, she also gained a keen interest in visual arts during her college years.
Her artwork was featured at major art venues, such as the ‘Ryan James Fine Arts Gallery’ located in Kirkland, Washington.
In 2008, she was in France when her husband asked her to start her own blog. She started writing ‘Charlotte’s Shorts’ at that time. When she showed her work to her mother, she advised Charlotte to have the stories read by a popular actor. Her aunt, Laraine, seemed to be a perfect fit for the job.
The show, titled ‘Charlotte’s Shorts,’ debuted in 2014 and was first showcased in Los Angeles. It was then featured at the ‘SF Sketchfest’ in San Francisco.
Several actors from her mother’s troupe, ‘The Groundlings,’ appeared on the show, while Charlotte co-directed it along with her mother. The show’s stories are not only children-specific ones. Some of them deal with murderers, giving the show an overall mature appeal.
The show features humorous tales written by Charlotte, most of them based on her real-life experiences. It consists of 25 stories overall, narrated by Larraine Newman, Lynne Marie Stewart, Mindy Sterling, and Tim Bagley.
There have been attempts to showcase the program on a leading national network such as ‘HBO.’ Charlotte has expressed her wish of launching an animated version of the show for an international audience.
Charlotte has also written the popular children’s book series titled ‘My Crazy Baby Brother.’
Recommended Lists:

See the events in life of Charlotte Dean in Chronological Order 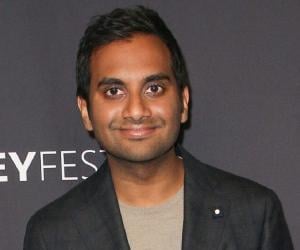