Advanced Search
The Swiss psychiatrist Hermann Rorschach is well-known for developing the projective test, called the Rorschach Inkblot test. He designed a set of ten inkblot cards that were supposed to reveal a subject’s subconscious personality traits. In fact the inkblot tests were the only contribution he made to the field of psychiatry but the popularity of this personality assessment tool was enough to earn him much widespread recognition all over the world. The son of an art teacher, Rorschach had always been interested in drawing and painting from childhood. He was deeply fascinated by klecksography, the art of making fanciful inkblot images. He enjoyed making inkblots so much that he earned the nickname ‘Klecks’ and proceeded to make inkblots his life’s work. He was profoundly interested in both art and science and wanted to make a career in either of the fields. He studied medicine and became a brilliant psychiatrist. Yet his fascination with art and inkblots never went away and he began working on a series of inkblot tests that would enable psychiatrists in understanding the subconscious elements of the patients’ personalities. Today these tests are used not just in the field of psychiatry, but in various other areas like military training, career counseling, etc. Swiss Celebrities
Male Physicians
Swiss Physicians
Male Psychiatrists
Swiss Psychiatrists
Childhood & Early Life
He was born in Zurich to Ulrich Rorschach, an art teacher in a local Zurich school. He was the eldest among three siblings. His father appreciated his son’s love for the arts and encouraged him to express himself creatively.
He was interested in klecksography—the art of making inkblot designs—from an early age. So much was his preoccupation with inkblots that his friends nicknamed him ‘Klecks’.
He and his siblings were brought up in an intellectually and artistically rich environment. However, his happy family life was short-lived as his mother died when he was only 12 and his father died seven years later.
In spite of the difficulties at home he graduated with honours from high school just a year after his father’s death.
He enrolled at the Academie de Neuchatel, Zurich, to study botany and geology in 1904. After spending a single term there he went to medical school at the University of Berne in Switzerland. He specialised in psychology and fulfilled his studies in Zurich, Nuremberg and Berlin.
In Zurich, he studied under the brilliant psychiatrist Eugene Bleuler who had also mentored Carl Jung. Psychoanalysis was an upcoming issue in the field of psychiatry at that time which rekindled his interest in inkblots.
He began experimenting by showing inkblots to school children and analyzing their responses. He wondered why different people perceived the same image in different ways.
He started his research on inkblots as early as 1911 though it would be years before they actually became popular. He had already conducted some preliminary experiments on school children and had analyzed the inkblot experiments of other psychology researchers.
He undertook residency at a mental institution in Munsterlingen in 1909 and earned his doctor of medicine degree from the University of Zurich in 1912.
Continue Reading Below
Career
After working at a mental institution in Russia for one year he found a job as a resident physician at the Waldau Mental Hospital in Berne, Switzerland in 1914. Within a couple of years he shifted to the Krombach Mental Hospital in Appenzell.
Over the decade of 1910s, he worked to develop a method for systematically analyzing the mentality of subjects, both psychiatric patients and healthy subjects, in order to understand their hidden personality traits using inkblots.
Through his hard work and dedication, he rose to become one of the leading psychiatrists of his day. He was elected vice president of the Swiss Psychoanalytic Society in 1919.
He designed a set of ten cards, each with a different inkblot pattern containing shapes suggesting physical items. The subject was to be examined by asking them to describe what they saw in the abstract inkblot design. He published his findings in a monograph, ‘Psychodiagnostik’ in 1921.
During that time, his works were not considered of much relevance by other psychiatrists as it was generally believed that personality cannot be tested or measured.
His work began to gain popularity by 1922 and he made plans to improvise on the inkblot cards. Unfortunately, he died of an illness the very same year and could not witness the success his tests would achieve in the following decades to come.
Major Works
His major contribution to the field of psychiatry is his inkblot tests—known as Rorschach Tests—which he designed to understand the subconscious personality traits of his subjects. Even though there are certain detractors of the tests, the inkblot tests still remain a very popular method of personality profiling.
Personal Life & Legacy
He met Olga Stempelin, a Russian girl working at a mental institution in Switzerland, and married her. The couple then moved to Russia and had two children.
He died of peritonitis in 1922. He was just 37 years of age.
Trivia
He was a contemporary of the eminent psychologist Carl Jung.

See the events in life of Hermann Rorschach in Chronological Order 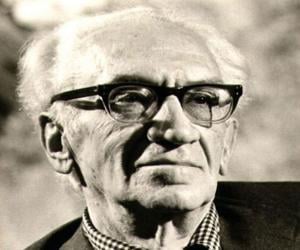 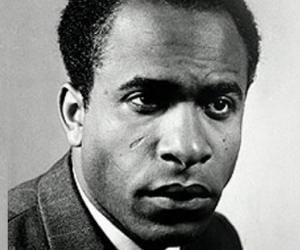