(French Visual Artist Known for His Paintings: ‘Woman with a Hat’, 'The Dance', and 'Red Room’)

Henri-Émile-Benoît Matisse was a French artist whose career spanned over six decades. He was influenced by Georges Seurat and Paul Signac, who painted in a “Pointillist” style with small dots of color rather than full brushstrokes. Matisse’s creativity came to the fore with sensational canvases such as, Luxe, calme et volupté, Open Window, and Woman with a Hat. Although he was initially labeled a Fauve (wild beast), he found his own style, and began to enjoy a greater degree of success. He travelled to travel to Italy, Germany, Spain and North Africa for inspiration. He signed a contract with the prestigious art dealers of Galerie Bernheim-Jeune in Paris. His art was purchased by prominent collectors such as Gertrude Stein and the Russian businessman Sergei I. Shchukin. In his later career, Matisse received several major commissions, such as a mural for the art gallery of collector Dr. Albert Barnes of Pennsylvania and for the Chapel of the Rosary in Venice. Although his subjects were traditional—nudes, figures in landscapes, portraits, interior views—his revolutionary use of brilliant color and exaggerated form to express emotion made him one of the most influential artists of the 20th century. Piet Mondrian
DID WE MISS SOMEONE?
CLICK HERE AND TELL US
WE'LL MAKE SURE
THEY'RE HERE A.S.A.P
Quick Facts

French Celebrities
French Artists & Painters
Male Artists & Painters
Capricorn Artists & Painters
Capricorn Men
Childhood & Early Life
Matisse was born on 31st December 1869, in Le Cateau-Cambrésis, Nord, France, the oldest son of, Émile Hippolyte Matisse, a grain merchant and Anna Heloise Gerard. He grew up in Bohain-en-Vermandois, Picardie, France.
His father arranged for his son to obtain a clerk’s position at a law office. He considered law as tedious, but passed the bar in 1888 with distinction.
He was bed-ridden for two years following an attack of appendicitis. His mother bought him art supplies during the period of convalescence and advised her son to listen to his emotions while painting.
In 1891, he attended the Académie Julian in Paris and studied with the arch-academician William-Adolphe Bouguereau and the Symbolist Gustave Moreaumasters. He also studied contemporary art, especially that of the impressionists. 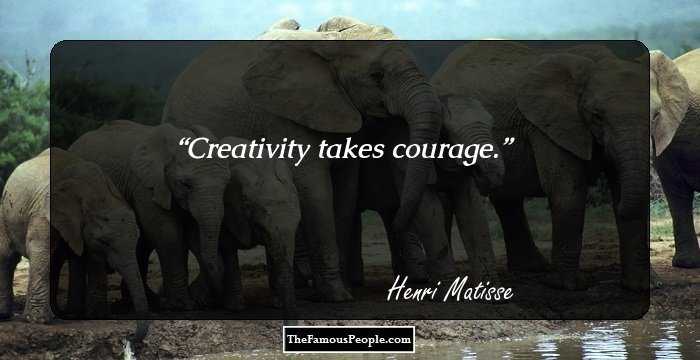 Continue Reading Below
Career
In1896, he exhibited 5 paintings in the salon of the Société Nationale des Beaux-Arts of which two were bought by the state. His work showed the influence of the post-Impressionists, Cézanne, Gauguin, and Gogh.
In 1900, he earned some money painting a frieze for the World Fair at the Grand Palais in Paris. He traveled widely and, as a cultured tourist developed his art.
He made his first sculpture an imitation of French sculptor Antoine-Louis Barye and in 1903, completed ‘The Slave of a standing male nude’ in clay.
His first solo exhibition at Ambroise Vollard's gallery in 1904 was not that successful. He became fond of bright and expressive colors after painting in St. Tropez with the neo-Impressionists Signac and Henri-Edmond Cross.
He became the leader of the Fauves, along with friend and competitor, André Derain. Other members were Georges Braque, Raoul Dufy and Maurice de Vlaminck.
In 1905, Matisse showed Open Window and Woman with the Hat in an exhibition organized by the Fauves at the Salon d'Automne. Though the latter was criticized, it was bought by the Stein siblings.
In 1906, he met Pablo Picasso at the Paris salon of Gertrude Stein and became his lifelong friend and rival and their works dominated Gertrude Stein's collection and those of Claribel and Etta Cone.
Between 1906 and 1917, he made several trips to Algeria and Morocco. He absorbed some African influences and introduced the use of black as a color, which brought a new boldness in the use of intense color as in L'Atelier Rouge.
In 1917, he relocated to Cimiez on the French Riviera, near Nice. His work of the decade or so following this relocation showed a softening of his approach described as a “return to order"
Continue Reading Below
’The Dance II’ was created in 1932 at the American art collector, Albert C. Barnes’s request. A triptych mural, it highlighted aspects such as simplicity, flattening, color and the use of paper cut-outs.
Among Matisse's final works are ‘Blue Nudes’, a series of paintings executed by him in 1952 that represented female nudes either seated or standing in color blue signifying distance and volume.
In 1947, he published Jazz, a limited-edition artist's book of about one hundred prints of colorful paper cut collages, accompanied by his written thoughts. These were rendered as pochoirprints by art philosopher Tériade.
In 1951, he completed a four-year project of designing the interior, the glass windows and the decorations of the Chapelle du Rosaire de Vence, often referred to as the Matisse Chapel despite his atheism.
In 1952, he established a museum dedicated to his work, the Matisse Museum in Le Cateau, his hometown. This museum is now the third-largest collection of Matisse works in France. 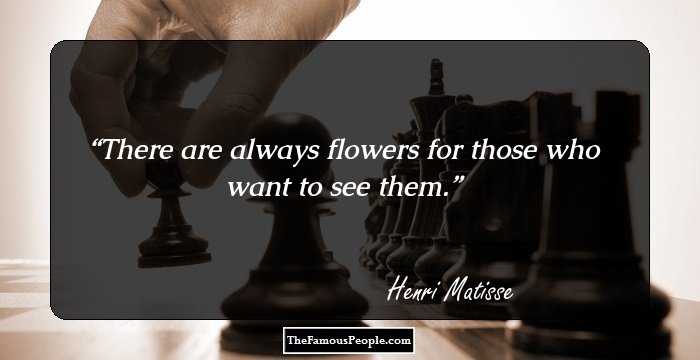 Major Works
In 1904, Matisse painted Luxe, Calme et Volupté in the neo-Impressionist style, using the Divisionist technique advocated by Impressionist painter, Paul Signac. The painting's title comes from the poem L'Invitation au voyage.
He created one of his major works La Danse especially for the Russian art collector Sergei Shchukin between 1909 and 1910. Dance is commonly recognized as "a key point of (Matisse's) career.
Awards & Achievements
In 1925, he received the French Legion of Honor, which is the highest decoration in France. Two years later, the Carnegie International jury awarded first prize of $1,500 to this artist. 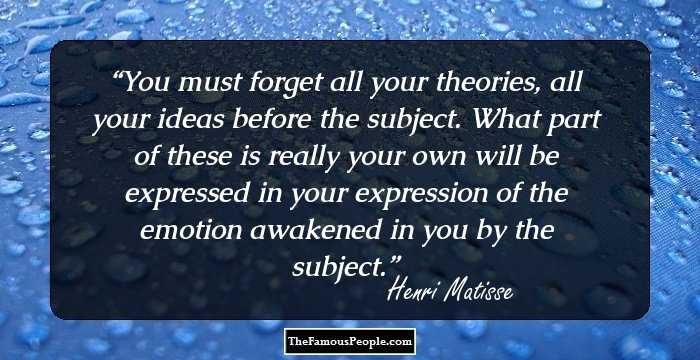 Quotes: You, Will
Personal Life & Legacy
Matisse married Amélie Noellie Parayre in 1898. They had two sons, Jean and Pierre and also raised Marguerite, his daughter with the model Caroline Joblau. Marguerite served as a model for him in coming years.
In1935, he met Lydia Delectorskaya, who had introduced herself in the Matisse household for temporary work, Matisse and his wife were separated four years later when Amélie tried to dismiss the efficient Lydia.
He was diagnosed with cancer and was cared by Lydia but died of a heart attack. He is interred in the cemetery of the Monastère Notre Dame de Cimiez, near Nice.
Trivia
This famous French artist’s painting ‘Le Bateau’ was put the right way up after hanging upside-down for 46 days without anyone noticing at the Museum of Modern Art in New York, America.
This artist once declared, “An artist must never be a prisoner. Prisoner? An artist should never be a prisoner of himself, prisoner of style, prisoner of reputation, prisoner of success, etc”.

Quotes By Henri Matisse | Quote Of The Day | Top 100 Quotes

See the events in life of Henri Matisse in Chronological Order 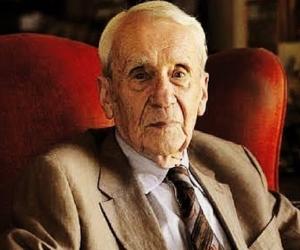