M. F. Husain was a 20th century Indian painter and a founding member of The Progressive Artists Group of Bombay (PAG). Often referred to as the "Picasso of India”, he was a much acclaimed artist in the international scenario and the best known Indian artist of the 20th century. Even though he worked primarily as a painter, he was also known for his drawings and his work as a printmaker, photographer, and filmmaker. Born in British India, he developed an early interest in art and learned the art of calligraphy and practiced the Kulfic khat with its geometric forms. A primarily self-taught man, he began his career painting graphic advertisements and posters for Bollywood movies. He also designed and made toys early on in his career. Indian independence and the partition of India and Pakistan in 1947 was a turning point in his life. He started getting recognition for his work during this time and also became acquainted with other like-minded artists with who he formed the Progressive Artist's Group in Bombay. A versatile artist, the topics of his works covered diverse themes such as Mohandas K. Gandhi, Mother Teresa, the Ramayana, the Mahabharata, the British Raj, and motifs of Indian urban and rural life. Some of his later works, depicting Hindu deities stirred controversies, and he went on a self-imposed exile. Indian Celebrities
Indian Artists
Indian Artists & Painters
Male Artists & Painters
Virgo Artists & Painters
Childhood & Early Life
Maqbool Fida Husain was born on 17 September 1915 in Pandharpur, Maharashtra, India, to Zunaib and Fida Husain who hailed from a Sulaymani Bohra family. He lost his mother when he was a very young child; he would grow up to feel the maternal void forever.
He became interested in painting early on, and sought solace in the art. Uncared for at home, he began spending most of his time loitering on the streets from when he was seven or eight years old.
As a young man he learned the art of calligraphy and practiced the Kulfic khat with its geometric forms. He also learned to write poetry.
Continue Reading Below
You May Like

Who Is The Greatest Female Warrior In History?
Career
M. F. Husain moved to Bombay (now Mumbai) in 1935 with the dream of becoming an artist. His initial years at the new city were very difficult. Poor and lonely, he finally managed to get a job of painting billboards and posters for Bollywood movies. During this time he also worked for a toy company designing and building toys.
He struggled for several years before getting his first taste of success. He held his first serious exhibition in 1947 at the Bombay Art Society. India gained independence in August the same year, and the partition of India and Pakistan had a profound impact on his career.
During that time, a group of young artists, including Husain, struggled to break with the nationalist traditions established by the Bengal school of art. The artists wanted to encourage the development of Indian avant-garde art and popularize Indian art on the international scenario. The political chaos and violence following the independence of India proved to the catalyst that led to the forming The Progressive Artist's Group in Bombay in December, 1947.
He gained much fame over the next few years and explored several topics in his paintings. He was as gifted at painting somber topics as he was in creating humorous and caustic works. Some of the major themes he painted on were related to prominent personalities like mother Teresa and M.K. Gandhi, and he drew inspiration from Hindu epics, the Ramayana and the Mahabharata. Paintings of Indian urban and rural life were also recurring motifs.
Within a few years he was an internationally acclaimed artist. During the early 1950s he went to Europe for the first time and did a barefoot grand tour. He also held his first solo exhibition in Zurich. While in Europe he met other famous painters such as Picasso, Matisse, and Paul Klee. He was much impressed by Klee’s knowledge of Indian philosophy.
He ventured into film-making and made his first film, ‘Through the Eyes of a Painter’ in 1967, which was shown at the Berlin International Film Festival. A few years later, he was a special invitee at the Sao Paulo Biennial (Brazil) in 1971 which was also attended by Pablo Picasso.
A prolific artist, he created many memorable paintings throughout the 1970s and 1980s, and also made several films. Some of the major works he painted are ‘Vishwamitra’ (1973), and ‘Passage Through Human Space’, a series of 45 watercolors which he completed in the mid-1970s.
In the 1990s, controversies related to his paintings began to crop up. He was accused of hurting Hindu religious sentiments as he had portrayed Hindu deities in unconventional ways that were unacceptable to traditional Hindus. His house was attacked by Hindu fundamentalist groups like Bajrang Dal and his art works were vandalized in 1998.
The political party Shiv Sena and organizations like Vishva Hindu Parishad (VHP) protested violently against his depiction of Hindu deities in the nude. His painting of Mother India as a nude woman also kindled considerable controversy and his film ‘Meenaxi: A Tale of Three Cities’ (2004) enraged certain Muslim organizations like the Milli Council, All-India Muslim Council, and Raza Academy.
In 2006, he was charged with "hurting sentiments of people" because of his nude portraits of Hindu deities, and there were hundreds of lawsuits in connection with his allegedly obscene art. He even began receiving death threats following which he left India and went on a self-imposed exile.
Major Work
M.F. Husain’s best known and the most controversial work is ‘Bharat Mata’ (Mother India) in which he portrays India as a red-colored nude woman with her arms and legs contorted into the shape of the Indian subcontinent. The painting led to an uproar of protests from organizations like Vishva Hindu Parishad (VHP) and was later sold for Rs 80 lakh in an auction.
Awards & Achievements
In 1967, he received the National Film Award for Best Experimental Film for ‘Through The Eyes of a Painter’.
He was the recipient of several national honors such as Padma Shri (1966), Padma Bhushan (1973), and Padma Vibhushan (1991).
Personal Life & Legacy
M. F. Husain married Fazila Bibi in 1941. The couple went on to have six children. His wife supported him wholeheartedly through the ups and downs of his career. She died in 1998.
He fell in love with a woman called Maria while he was married to Fazila, and wanted to marry her too. But Maria did not accept his proposal and she moved away from him.
After leaving India in 2006, he spent his later years mainly in London and in Dubai, United Arab Emirates. He had a strong desire to return to India but could not do so. He was offered citizenship by Qatar in 2010 which he accepted.
M. F. Husain died on 9 June 2011, in London, England, after suffering from ill health for several months. He was 95.
You May Like

See the events in life of M. F. Husain in Chronological Order 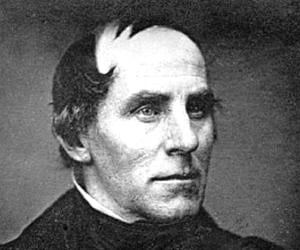