Hamdi Ulukaya is a US-based entrepreneur and philanthropist of Kurdish origin. With a net worth of US $2.0 billion, he is one of the most successful businessmen in the US. The son of a dairy farmer who migrated from Turkey to the US to study English, he is now the owner and C.E.O of the United States’ most popular strained yogurt brand: Chobani. A compassionate leader who gave up football to pursue an education in university, he has developed an employee-oriented culture at his company. He helped strained yogurt capture more than 50% of the market; striking progress from the previous 1%. Offering wages and benefits above the industry average, his business philosophy is akin to his dislike for the word ‘capitalism,’ and instead, prefers the word ‘entrepreneurship’. He also gave his employees, 2000 at the time, 10% of Chobani’s shares. However, his unwillingness to let go of his ownership and control over the company, by going public, has rendered the stocks useless to the employees. His philanthropic efforts are largely focused on providing relief to refugees; consequently, refugees represent 30% of his workforce. 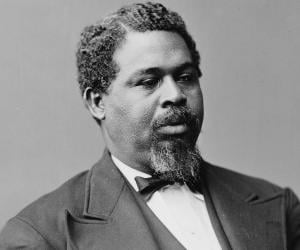 Nelson Peltz
Business People #717
Continue Reading Below
DID WE MISS SOMEONE?
CLICK HERE AND TELL US
WE'LL MAKE SURE
THEY'RE HERE A.S.A.P
Quick Facts

American People
Turkish People
Scorpio Entrepreneurs
American Entrepreneurs
Turkish Business People
Scorpio Men
Childhood & Early Life
Hamdi Ulukaya was born in Turkey to a semi-nomadic family of Kurdish origin. Though uncertain of his exact birth date, he uses October 26, 1972, as his official date of birth.
His family ran a dairy business and owned a sheep and goat farm near the River Euphrates in the Erzincan Province.
He did his initial education in political science in Turkey at Ankara University. In 1994, he migrated to the US with $3,000 and studied English at Adelphi University in New York. Later, he enrolled for business courses at the State University of New York in upstate New York.
The inferior quality of cheese in New York and the advice of his father prompted Ulukaya to import Feta cheese from Turkey. In 2002, he opened a small plant named ‘Euphrates’ in Johnstown, New York, after the imported cheese became popular in the US.
Continue Reading Below
You May Like

Famous Beautiful Women With Green Eyes
Chobani
In 2005, Hamdi Ulukaya managed to secure grants and loans and bought Kraft’s fully-equipped yogurt factory, which now lay defunct, in South Edmeston, New York. After researching and testing various recipes for two years with the yogurt master Mustafa Dogan, he came up with a recipe that didn’t include preservatives, artificial colors and artificial flavors. He also made sure that the milk came from cows not injected with growth hormones.
In order to manufacture the thick strained yogurt on a commercial scale, he bought a used milk-separator from Wisconsin for $50,000. It was during his trip to pick up the machine that he came up with the name ‘Chobani,’ derived from the Turkish word ‘coban,’ meaning shepherd.
In 2007, he began selling the strained yogurt under the brand name ‘Chobani’. The company adopted unconventional marketing strategies to leverage its low funding. Social media influencers and samples were their main advertising tools. In 2009, after ‘ShopRite’ and ‘Stop & Shop’ began stocking Chobani, the company was selling 200,000 cases per week.
In 2010, Hamdi Ulukaya joined the list of the world’s billionaires. Under his leadership, the company continued to grow exponentially by expanding its market in Australia and investing in new plants.
In 2012, he opened a yogurt cafe by the name ChobaniSoHo, offering exotic dishes, including sandwiches and soups. For coffee, he selected La Colombe Coffee Roasters, after trying various other brands. Later, by mid-2015, he became a major stakeholder in La Colombe Coffee Roasters but did not take up any management role.
In 2017, Chobani re-invented its brand and positioned itself as a wellness company focused on food.
Chobani undertook its biggest expansion in November 2019, by entering into two new markets: natural dairy creamers and oats based products.
Philanthropy
On October 9, 2014, he pledged to donate $2 million to meet the critical needs of Iraqi and Syrian refugees on the Turkish border. The initial donation was made to UNHCR (United Nations High Commissioner for Refugees) and IRC (International Rescue Commission).
In 2015, Hamdi Ulukaya joined other billionaires by morally committing to donate an estimated $1.41 billion to the cause of refugees under The Giving Pledge, a foundation created by Bill Gates and Warren Buffet.
With a budget of $500 million for five years, the ‘Hamdi Ulukaya Initiative’ (HUG) was founded in July 2017 to provide training to Turkish entrepreneurs who are planning to start, or are already running, a start-up.
In May 2019, he paid the school district of Warwick $77,000 to clear all outstanding lunch debts, after the school district announced that it would be serving only jelly sandwiches and butter to students with delinquent accounts.
Awards & Achievements
In October 2015, The ‘American Turkish Society’ honored his commitment to helping refugees through the ‘Giving Pledge Act’ by granting him a humanitarian award.
In November 2015, he was awarded the ‘Corporate Leadership Award’ by the ‘Children’s Aid Society’ to honor his efforts in bringing change in the lives of the less fortunate.
Recognizing his leadership ability and generous charities for the cause of refugees, he was included in ‘Time Magazine’s’ list of ‘100 most influential people in the world.’
Family & Personal Life
He married Ayse Giray, a doctor based out of New York, in the late 1990s. The couple divorced in 1999 but continued their business partnership until 2003. In August 2012, Giray filed a lawsuit against her ex-husband demanding a 53% stake in the company, claiming that she had invested a total of $500,000 in Euphrates.
In 2015, he had a son named Aga with Alida Boer. In April 2018, he had his second son Miran from his wife Louise Vongerichten, president of ‘Food Dreams Foundation,’ a few months after their wedding in January.
He presently resides in New Berlin near Chobani’s headquarters in New York, with his two German Shepherds.

See the events in life of Hamdi Ulukaya in Chronological Order 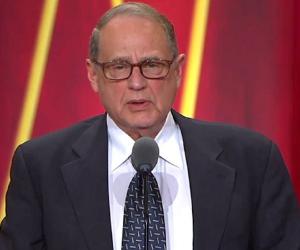