Irving Azoff is an American entertainment executive. He is also the chairman of Full Stop Management, an agency which represents recording artists. He has been serving as the chief executive officer of Azoff MSG Entertainment since 2013. He partnered with The Madison Square Garden to establish the company. Previously, he was the chairman and CEO of Ticketmaster Entertainment. He is a member of Starz Inc and IMG boards as well. He is a wealthy and powerful man. He was named as one of “Billboard’s Power 100” in 2012. He is also considered the most powerful person in the entire music industry. 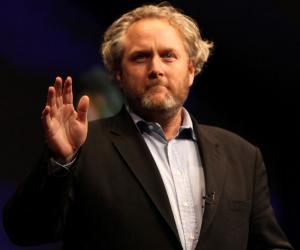 David Rockefeller
Business People #903
DID WE MISS SOMEONE?
CLICK HERE AND TELL US
WE'LL MAKE SURE
THEY'RE HERE A.S.A.P
Quick Facts

American People
Sagittarius Entrepreneurs
Sagittarius Men
Career
Irving Azoff initially worked for Geffen-Roberts Management and with the American rock band Eagles. His relationship with them has lasted over forty years. Throughout his career, he has held several positions, such as being a personal manager, agent, concert promoter, movie promoter, merchandiser, music publisher, independent label owner, and CEO of a record company. He was the chairman of MCA Music Entertainment Group and is credited for turning around the fortunes of the label.
It is said that he was manipulated by David Geffen to leave MCA and join Warner Music Group. He later started Giant Records. He has co-produced a number of movies. His first movie was ‘Fast Times at Ridgemont High’, which is a 1982 American teen comedy drama film directed by Amy Heckerling and written by Cameron Crowe. It has been adapted from the 1981 book of the same name. The film was made on a budget of around $5 million, and it was a commercial success, earning over $25 million. He continued to produce several other movies such as ‘Urban Cowboy’, ‘Jack Frost’, ‘Above the Rim’, and ‘The Inkwell’. He was the executive producer of ‘The Hurricane’ as well.
He has also appeared in ‘Artifact’, a documentary film about the modern music business. It focused on the legal battle between the record label EMI and the rock band ‘Thirty Seconds to Mars’.
He founded the performance rights organization Global Music Rights in 2013. It manages publishing for various artists such as John Lennon, George Harrison, Metallica and Bruno Mars. The same year, in September, he unveiled Azoff MSG Entertainment, in which he was the chairman and CEO. The venture was created in collaboration with ‘The Madison Square Garden Company’. In 2015, along with Tim Leiweke, he co-founded Oak View Group.
He had been named in “Billboard’s Power 100” list in 2012. He was inducted into the “Rock and Roll Hall of Fame” in January 2020.
You May Like

Who Is The Most Popular BTS Member?
Continue Reading Below
Family & Personal Life
Irving Azoff was born in a Jewish family on 12th December 1947. He was raised in Danville, Illinois, in the United States.
He has been married to Shelli Azoff since 1978. They have four children named Jaye, Allison, Jeffrey and Cameron. 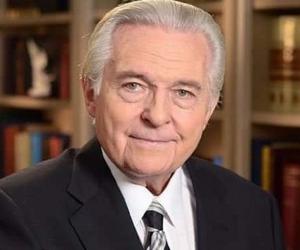