(The Founder of the ‘Ford Motor Company’)

Henry Ford was an American industrialist who founded the ‘Ford Motor Company,’ which sells automobiles and commercial vehicles under the ‘Ford’ brand. He also played a major role in the development of the ‘assembly line’ technique of mass production. Before he started his company, most American middle-class families could not afford automobiles. However, Ford revolutionized the automobile industry by developing and manufacturing affordable automobiles that even the middle-class community could conveniently purchase. Born to a farmer in Greenfield Township, Michigan, he started displaying leadership qualities and technical skills as a young boy. He was expected to follow in his father’s footsteps and become a farmer, but he had other plans for himself. Intelligent and hard-working, he apprenticed with a machinist and went on to become an engineer. Fascinated with automobiles, he started conducting his own experiments in building them. During this time, he became acquainted with the famous inventor Thomas Edison who encouraged his experiments. Motivated, Ford built several automobiles before establishing the ‘Ford Motor Company.’ As an industrialist, he adopted several innovations in his company that revolutionized the entire automobile industry. He was also well-known for his pacifist views and staunch opposition to wars. Alfred P. Sloan
30th July In History
DID WE MISS SOMEONE?
CLICK HERE AND TELL US
WE'LL MAKE SURE
THEY'RE HERE A.S.A.P
Quick Facts

Henry Ford was born on July 30, 1863, in Greenfield Township, Michigan, USA, to William and Mary Ford. He had four siblings.

He was bright and curious as a child. He was in his teens when his father gave him a pocket watch, which he dismantled and reassembled by himself. He also practiced with the timepieces of his friends and neighbors, and soon became known as a watch repairman in his neighborhood. From a young age, he also demonstrated leadership qualities.

His mother died in 1876, leaving him devastated. Now that his mother was gone, he did not want to live on the farm anymore.

He left home in 1879 to work as an apprentice machinist with ‘James F. Flower & Bros.’ in Detroit. Later on, he worked for the ‘Detroit Dry Dock Co.’ before returning home in 1882. 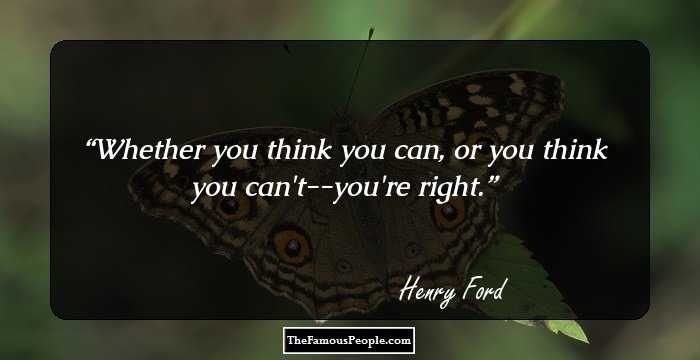 Back home, he started working on the family farm and became an expert at operating the Westinghouse portable steam engine. His technical skills gained recognition and he was hired by ‘Westinghouse’ to service their steam engines.

His mechanical skills and ability to grasp new things led to his appointment as night engineer for ‘Edison Electric Illuminating Company’ in 1891. He found the job very exciting as he got the opportunity to learn more about electricity, which was a fairly new concept back then.

Hard working and determined, Ford rose to the position of chief engineer of the ‘Illuminating Company’ by 1896. Apart from working for the company, he also started working on building automobiles, something he was always fascinated with.

He teamed up with a group of friends and built a self-propelled vehicle, the quadricycle. The vehicle had four wire wheels that looked like heavy bicycle wheels and a tiller for steering. It also had two forward speeds with no reverse.

He met Thomas Edison who approved of his experimentation. Motivated, Ford continued bettering his model of automobile, and completed a second vehicle in 1898.

Ford then decided to form his own company and resigned his job. He founded the ‘Detroit Automobile Company’ in 1899. However, the automobiles produced by the company did not perform well at the market. Soon, he was forced to shut down the business.

He then started working on improving the quality of his automobiles. He successfully raced a 26-horsepower automobile in October 1901. He then teamed up with the stockholders of his ‘Detroit Automobile Company’ to form the ‘Henry Ford Company’ in November 1901.

However, some issues came up between Ford and other stockholders and Ford left the company. Following Ford’s departure, the company was renamed ‘Cadillac Automobile Company.’

Undaunted by the failure of yet another venture, he continued to pursue his passion of building automobiles. He built several racing cars over the ensuing years, including the ‘999’ racer, which looked quite promising. 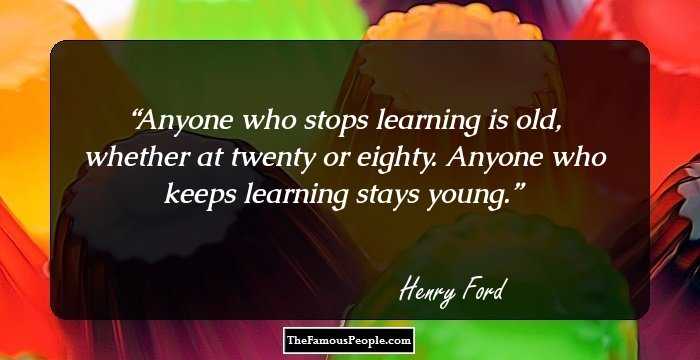 In 1903, Henry incorporated the ‘Ford Motor Company.’ The original investors included Henry Ford, Alexander Y. Malcomson, the Dodge brothers, and John S. Gray among others. Around this time, race driver Barney Oldfield drove the ‘999’ around the country, making the ‘Ford’ brand known throughout the United States.

The company launched ‘Model T’ in October 1908. The vehicle had a steering wheel on the left—an idea which other automobile companies soon copied. The model proved to be highly successful as it was not only affordable but also very simple to drive. It was also easy and cheap to repair the vehicle.

‘Model T’ dominated the automobile market for several years. By 1918, half of all cars in America were Model Ts. In 1918, Ford handed over the presidency of ‘Ford Motor Company’ to his son Edsel Ford, though he retained the final decision authority.

By the mid-1920s, the sales of ‘Model T’ began to decline. Thus, the company introduced ‘Ford Model A’ in 1927. The new model proved to be profitable till 1931, but the company continued to decline in the 1930s. By 1936, ‘Ford Motor Company’ had fallen to third place in the US market, behind ‘General Motors’ and ‘Chrysler Corporation.’

Henry Ford was a pacifist. When the ‘Second World War’ broke out in 1939, he opposed the United States’ entry into the war. However, when America entered the war, ‘Ford Motor Company’ became one of the major US military contractors, supplying airplanes, engines, jeeps, and tanks.

A tragedy befell the aging Ford in 1943 when his son Edsel died of cancer. Even though Henry Ford formally resumed control of the company after his son’s death, he no longer exercised absolute authority. The key decisions were taken by others and he was largely sidelined. Eventually, his grandson Henry Ford II was made the president of the company.

Henry Ford was the founder of ‘Ford Motor Company,’ which revolutionized the automobile industry. Under Ford’s leadership, the company introduced methods for large-scale manufacturing of cars and large-scale management of an industrial workforce using specialized techniques. Today, it is the second-largest US-based automaker. 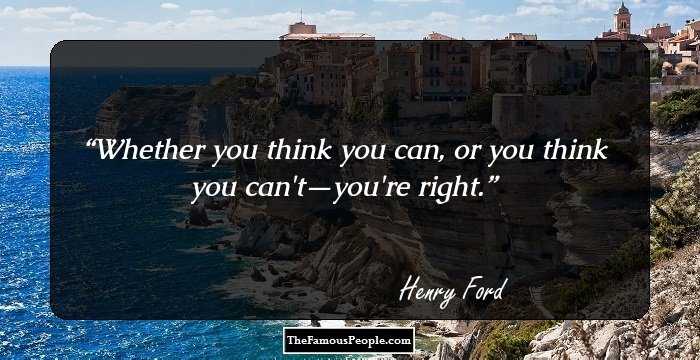 In 1938, Ford was awarded Nazi Germany's ‘Grand Cross of the German Eagle,’ a medal given to foreigners sympathetic towards Nazism.

He married Clara Jane Bryant in 1888, and they had a son named Edsel.

Henry Ford died of cerebral hemorrhage on 7 April 1947, at the age of 83. His funeral was held in Detroit's ‘Cathedral Church of St. Paul.’ His mortal remains were buried in the ‘Ford Cemetery’ in Detroit.

See the events in life of Henry Ford in Chronological Order