Gauri Lankesh was an Indian journalist and social activist from Bangalore, Karnataka, who is best known for her strong stand against right-wing Hindutva politics. She started her career as a correspondent at various news outlets, and later followed in her father P. Lankesh’s footsteps to publish the Kannada language tabloid ‘Lankesh Patrike’, advocating equal rights for many oppressed groups, despite pressures from different sectors of the society. She vehemently criticized the caste system and the treatment of women within Hindu religion. She maintained that Hinduism, instead of being a religion, was a "system of hierarchy in society" which treated women as “second-class creatures”. She was accused of being a Naxalite sympathizer, even though she rejected it stating that her interviews of Naxal leaders were unbiased. She was named as a member of a committee formed by the Congress-led Karnataka government to convince Naxalites to give up violence and surrender. A brave journalist, who was feared by political and religious groups for her ideologies, was gruesomely murdered in front of her house in September 2017.
Continue Reading Below 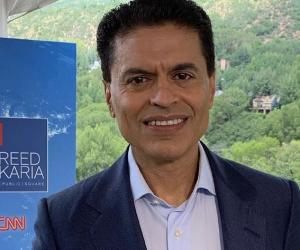 Indian Celebrities
Indian Women
Women Activists
Indian Activists
Women Journalists
Childhood & Early Life
Gauri Lankesh was born on January 29, 1962 in Bengaluru, Karnataka, India, to P. Lankesh and his wife Indira Lankesh. Her father was a poet-turned-journalist who established the weekly Kannada language tabloid ‘Lankesh Patrike’, while her mother is a businesswoman who runs a sari shop in Bangalore.
She was born into a Lingayat family, a distinct Shaivite religious sect from South India which worships the Hindu god Shiva. However, her father identified himself as an atheist, following whom she later became a rationalist.
She grew up in Konagavalli village in Shivamogga district with her younger sister Kavitha and her younger brother Indrajit. She went to school in Bengaluru, and later completed her BA degree from the Central College in Bengaluru. She initially wanted to be a doctor, but later chose to do her masters in journalism from Indian Institute of Mass Communication in Delhi.
Continue Reading Below
You May Like

The Hottest Male Celebrities With The Best Abs
Career
After completing her studies, Gauri Lankesh started her career as a trainee at the then weekly newspaper ‘Sunday Mid-Day’ in Bangalore. She then became a journalist for 'The Times of India', Bangalore, for a short period of time in the 1980s.
After spending some time in Delhi with her then husband, journalist Chidanand Rajghatta, she returned to Bangalore and started working as a correspondent for the ‘Sunday’ magazine. She continued in that position for nine years and then began working for the television channel of Telugu-language daily newspaper ‘Eenadu’ in Delhi.
By the time her father died of a heart attack in January 2000, she had worked as a journalist for over sixteen years. While the family was against the idea of continuing the tabloid, Mani, the publisher of 'Lankesh Patrike', convinced her to become the editor of the paper, while her brother became the proprietor and publisher.
Within a year, the two siblings started having ideological differences over the paper's future, which became public in 2005 when they targeted one another addressing separate news conferences. She claimed that her brother did not accept her social activism, while her brother claimed that her pro-Naxal stand was hurting the paper's ideology.
In February 2005, her brother withdrew a report about a Naxalite attack on policemen, which was approved by her, stating that the report was in favor of Naxals who had killed seven policemen. Her brother subsequently filed a police complaint against her alleging theft of a computer, printer, and scanner from the publication's office, while she accused him of threatening her with a revolver in a counter complaint.
Her brother later stated that she was still the editor of the tabloid, and that he would like to discuss their differences. However, she started her own separate tabloid, Gauri Lankesh Patrike, which was run by 50 people and did not contain ads, and served as its editor till her death.
Ideology
Gauri Lankesh was known for her staunch criticism of the right-wing Hindutva politics. She strongly voiced her opinion against communalism and polarization after the demolition of Babri Masjid in 1992.
When in 2003 the Sangh Parivar carried out a motivated campaign to Hinduise the Sufi shrine Guru Dattatreya Baba Budan Dargah located at Baba Budan giri, she was among those who opposed the attempt.
She had criticized many political leaders irrespective of their alignment. These include Congress leader, D. K. Shivakumar, and her own longtime friend Prakash Belawadi who became BJP media advisor, to uphold the freedom of the press.
She was the head of Komu Souharda Vedike, a communal harmony forum for the oppressed communities. She was a supporter of the idea that Lingayatism should be treated as a minority religion separate from Hinduism. She was against the caste system, and attempted to expose the double standards of Hindu groups on their treatment of high and low-caste authors.
Conviction in Defamation Case
The article, ‘Darodegilada BJP galu’, published in her tabloid on January 23 2008, criticized BJP leaders Prahlad Joshi, Umesh Dushi, Shivanand Bhat and Venkatesh Mestry for refusing to help a jeweler cheated by BJP workers. Two of the leaders, Joshi and Dushi, filed separate defamation suits against her following the publication.
After she failed to appear before the court, an arrest warrant was issued against her in October 2016, following which she was detained and later was granted bail on a personal bond of ₹25,000. On November 27, 2016, she was found guilty of defamation as the court concluded there was not enough evidence to support her claims.
She was fined ₹5,000 per case, and was sentenced to six months imprisonment, which she avoided through anticipatory bail. She later claimed that she lost the case as the BJP leaders had reached a settlement with the jeweler.
Death
Gauri Lankesh was murdered by goons on September 5, 2017 in the evening in front of her house as she returned home from office. Police reported that two of the goons followed her from office, while a third was waiting near her home, and shot at her seven times as she reached home, three of which pierced her body.
The public was allowed to pay tribute to her at Ravindra Kalakshetra, following which she was given a state funeral with a gun salute on September 6. Her body was buried following Lingayat customs, but her family did not follow any religious customs to honor her rationalist views.
Personal Life & Legacy
Gauri Lankesh was in a longtime relationship with her classmate and then colleague Chidanand Rajghatta, whom she married in the 1980s. She settled close to her parents' house in Bangalore following her marriage, but later shifted to Delhi with her husband. The two got divorced later, but remained friends despite their split.
While she did not have any children of her own, she considered JNU student leaders Kanhaiya Kumar, Umar Khalid and Shehla Rashid Shora, and Gujarat Dalit activist Jignesh Mevani as her adopted children. They often visited her in her house, and all of them strongly condemned her murder on social media.
Recommended Lists:
Media Personalities #1534
You May Like

See the events in life of Gauri Lankesh in Chronological Order