François "Papa Doc" Duvalier was the 32nd President of Haiti. Although his 14 years rule as president was marked with totalitarianism, despotism and terror and any kind of political dissent from alleged foes were suppressed causing almost 30,000 deaths, Haiti as a nation attained an unprecedented level of political stabilisation in its history. Duvalier was a medical practitioner before his presidency and earned the nickname "Papa Doc" for his expertise as a physician. He backed President of Haïti Dumarsais Estimé, and served as Undersecretary of Labor and Minister of Public Health and Labor under him. Estimé was later unseated by a military junta under Paul E. Magloire who eventually held presidency. Duvalier gradually developed resistance against Magloire and emerged as main opposition figure. In 1957, he got elected as President of Haiti. He created the Haitian paramilitary force Tonton Macoute that randomly killed his opponents. The force’s terror was such that the Haitians even refrained from expressing their dissent in private. Duvalier was re-elected uncontested in a 1961 election. He later declared himself President for Life in 1964. His son Jean Claude succeeded him as President of Haiti following his death. Haitian Celebrities
Political Leaders
Aries Leaders
Male Leaders
Male Physicians
Childhood & Early Life
François Duvalier was born on April 14, 1907, in Port-au-Prince, Haiti to Duval Duvalier and Ulyssia Abraham. His father was a justice of peace and his mother was a baker. He was brought up by his aunt.
He attended the University of Haiti and earned a degree in medicine in 1934. He remained involved as a staff physician at many local hospitals. He studied public health at the University of Michigan for a year. The journal Les Griots was co-founded by him in 1938. He became actively involved in the US sponsored anti-yaws campaign in 1943.
Continue Reading Below
You May Like

See the events in life of François Duvalier in Chronological Order 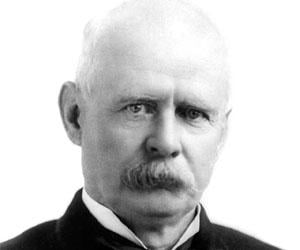