Jean Claude Duvalier was the son of a tyrannical ruler of Haiti who ruled the nation only to deteriorate its condition. He followed his father’s footprints and led the nation in a dictatorial way. Apparently, this president was not as monstrous as his father and had done some good to the nation and its people. During his fifteen years of presidency, he had brought in some reforms to improve the condition of the people of Haiti. His rules were not as rigid as the former president. He made changes in the cabinet, lessened restrictions on the press. However, his greed for monetary wealth made him take up corrupt ways and misuse the resources which were meant for the public. During his presidency the United States restarted to release funds to provide aid to the Haitian Citizens which had been stopped during his father’s rule as the president. This gave him more opportunity to him to amass wealth. Possibly, he was a puppet at the hands of other Duvaliers. Even his presidency was not his choice but he was made to resume the post after his father, the former president, died. This could possibly be the reason behind his unsuccessful political career. He spent twenty five years in exile and he died three years after he went back to his country
Continue Reading Below 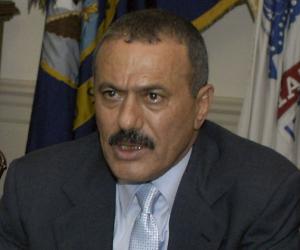 Haitian Celebrities
Male Leaders
Cancer Leaders
Haitians Leaders
Cancer Men
Childhood & Early Life:
Jean was born to François Duvalier and Simone Ovide on 3rd July 1951, in Port-au-Prince, Haiti.
When he was still in school, some kidnappers attempted to abduct him and his sister but the scheme was unsuccessful. After that incident he was secluded from the world and brought up in a secretively.
He received education at institutions such as ‘Nouveau College Bird’ and ‘Saint-Louis de Gonzague’.
He pursued his further education in law at the’ Université d'Etat d'Haïti’ (University of Haiti).
Continue Reading Below
You May Like

Who Is The Most Popular BTS Member?
Career
In 1971, he assumed the office of the President of Haiti when he was still a teenager, following the death of his father François Duvalier, the former President of Haiti. Arguably, he was made the president without his consent.
When he took office as the President, he was pressed by the United States to bring changes in Haiti and modify the government, which has been in a deteriorated condition since the time of the former tyrannical president.
Jean did not have an alternative and made a few changes in the government. However, he did not make major changes which would actually revive Haiti from the dictatorial rule it had endured.
Baby Doc, as Jean Claude was nicknamed, followed his father Papa Doc’s ways of governing like a shadow with negligible changes made in the government.
During his regime too, the opposition party was not accepted and there was no role of the legislature. The legislature was an institution for namesake and all major decisions were made solely by the president.
The Duvalier family amassed immense wealth in the guise of the ‘Régie du Tabac’ (Tobacco Administration) which had been formed years ago in Haiti. He is even reported to have incorporated earnings from various other sources in the tobacco monopoly account and utilised it illegitimately.
During his presidency, Haiti received foreign aids from many countries, but these were not utilised for the welfare of the people of Haiti. Instead, Jean misspent these resources.
In 1978, several expatriates gathered at Cape St. Nicholas and at that time Jean’s government seemed endangered to annexation. However, the Haitian military forces marred the chances.
Another group of expatriates, in the year 1982, reached an island in Haiti named Tortuga and again Haiti was subjected to annexation but these expatriates were arrested and killed.
Continue Reading Below
These attempted conquests along with the spread of swine flu and HIV/AIDS virus, created unrest in Haiti. Tourism prospects degenerated and the peasants who invested on rearing pigs were immensely affected by the ‘Eradication of Porcine Swine Fever and for the Development of Pig Raising’ (PEPPADEP).
In 1985, there was an uprising in Haiti and Duvalier tried to get an upper hand on it by decreasing the rates of food items, shutting down private radio stations and so on. However, these methods did not work and the United States President Ronal Reagan’s administration insisted Duvalier to leave his post of the President of Haiti and exit the country.
After a series of negotiations and dramatic set of events, on 7th February 1986, he left Haiti and travelled to France.
During his exile in France, his request to get a right to asylum was declined by the French authorities.
Before 2006, while he was still in exile, he proclaimed his wish to participate in the 2006 Presidential elections of Haiti as a candidate of the ‘National Unity Party’. However, he could not run the election.
Major Works:
As a President of Haiti, he made a few changes in the government by dismissing some of the cabinet members and appointing new and young members. He also freed some political leaders who had been arrested during his father’s regime and even granted the press more freedom in their conduct.
Personal Life & Legacy:
On 27th May 1980, Jean-Claude married Michèle Bennett Pasquet and the couple was blessed with two children François Nicolas and Anya. However, the couple divorced after some years.
In 1984, the US ambassador to Haiti Ernest Preeg praised Jean Claude for his successful presidential rule in maintaining stability in the nation.
He lived lavishly in France but his divorce in the year 1993 cost him a lot of money.
During his exile in France, he faced a lot of challenges when some individuals tried to condemn him as illegal and corrupt.
The ‘Global Transparency Report’ of 2004, named Jean Claude Duvalier among the ‘World’s Most Corrupt Leaders’.
In 2007, René Préval, the President of Haiti declared that Jean Claude was permitted to returned back to his homeland but he might face trials on his return.
In January 2011, this exiled politician returned to his country after a huge gap of twenty-five years.
This President of Haiti breathed his last on 4th October 2014.
Trivia:
He was appointed the President of Haiti at the age of nineteen, and thus became the youngest president of the world
You May Like 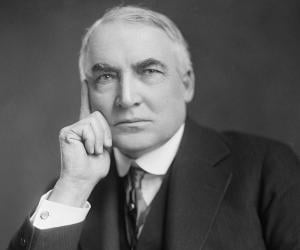