Advanced Search
Ferdinand de Saussure was a renowned Swiss linguist and semiotician. His ideas formed the basis of many significant theories in semiology and linguistics. He is known as one of the founding fathers of linguistics in the 20th century. He is also considered one of two major proponents of semiotics/semiology, along with Charles Sanders Peirce. Born into a family of scientists, he showed signs of his intellectual ability at a tender age. Shortly after his 21st birthday, he published a book, stressing on a new version of the original vowel system of the Proto-Indo-European language. A doctorate from ‘Leipzig University,’ he laid down key ideas on structural linguistics, semiology, the langue and the parole, the signified and the signifier, synchrony and diachrony, the linguistic sign, the laryngeal theory, and semiotic arbitrariness. Following his death, his colleagues Bally and Sechehaye, accumulated students’ notes from Saussure’s courses and his manuscripts to create the ‘Cours de linguistique générale’ (‘Course in General Linguistics’), published in 1916. Over the next few decades, the book formed the basis for the structuralist approach to linguistics. Saussure’s contribution spans across domains such as literary studies, psychology, philosophy, psychoanalysis, sociology, and anthropology, as many intellectuals and scholars from various fields have relied on his ideas. Charles Sanders...
DID WE MISS SOMEONE?
CLICK HERE AND TELL US
WE'LL MAKE SURE
THEY'RE HERE A.S.A.P
Quick Facts

Swiss Celebrities
Swiss Intellectuals & Academics
Sagittarius Men
Childhood & Early Life
Saussure was born in Geneva, on November 26, 1857. His father, Henri Louis Frédéric de Saussure, was a mineralogist, taxonomist, and entomologist.
Theirs was a noble Calvinist family. Saussure’s ancestors had fled persecution in Lorraine, France, in the 15th century. They had then settled in Geneva’s Upper Town. Saussure’s great-grandfather, Horace-Bénédict de Saussure, was a renowned scientist and one of the pioneers of modern geology.
Saussure was the brother of linguist and mathematician René de Saussure and sinologist and scholar of Chinese astronomy Léopold de Saussure.
Saussure initially attended the ‘Institution Martine’ (previously known as the ‘Institution Lecoultre’) in Geneva. While at the institute, he lived with the family of his classmate Elie David. After graduating with flying colors, Saussure wished to continue his studies at the ‘Gymnase de Genève.’ However, his father sent him to the ‘Collège de Genève’ (1872) instead.
He finally joined the ‘Université de Genève’ (the ‘University of Geneva’), where he began studying linguistics under Louis Morel. After spending a year studying Latin, Sanskrit, and Ancient Greek at the ‘University of Geneva,’ he started his graduate studies at ‘Leipzig University’ in 1876.
Continue Reading Below
Career
Saussure published his initial articles in the ‘Mémoires of the Société de Linguistique de Paris’ in 1877–1878. One of such articles suggested a reanalysis of the vowels “a” and “o” in the Proto-Indo-European language. This was the subject of Schleicher’s analysis of the 1850s.
His ‘Mémoire sur le système primitif des voyelles dans les langues indo-européennes’ (‘Dissertation on the Primitive Vowel System in Indo-European Languages’), published in 1878, was one of the most significant publications of his career. Soon, he moved to the ‘University of Berlin,’ where he studied Celtic under the Privatdozent, Heinrich Zimmer, and Sanskrit with Hermann Oldenberg, for a year, until 1879.
He then returned to Leipzig for his doctoral thesis defense. His thesis was titled ‘De l'emploi du génitif absolu en Sanscrit.’ He received his doctorate degree in February 1880. Following this, he moved to the ‘University of Paris,’ and taught Sanskrit, Gothic and Old High German, and other subjects at the ‘École pratique des hautes études.’ He eventually taught there for 11 years and earned the title of the “Chevalier de la Légion d'Honneur” (Knight of the Legion of Honor). He also managed the publications of the ‘Société de Linguistique de Paris.’
In August 1880, he went to Lithuania on a brief research visit, aiming to record data on Lithuanian intonation. However, the records have not been retrieved yet.
In 1891, he returned to Geneva, where the ‘University of Geneva’ created a position in Sanskrit and the history and comparison of languages, exclusively for him.
At the ‘University of Geneva,’ he taught three courses in general linguistics (1907, 1908–1909, and 1910–1911), through which he developed a new approach to languages.
Following Saussure’s death in 1913, Bally and Sechehaye, his colleagues, collected his manuscripts and his students’ notes (of his lectures delivered between 1907 and 1911) and published the ‘Cours de linguistique générale’ (1916). The book was instrumental in the development of the structuralist approach to linguistics.
Theories
According to Saussure, the socially shared language system, or the “langue” is responsible for the creation and comprehension of the “parole,” or utterances, by both speakers and listeners.
He laid down the concept of signs, with each sign having a “signifier” (or a sound pattern) and a “signified” (or a concept). He believed that each “signifier” and “signified” is a value created by its difference from all the other “signifiers” and “signifieds.” He also stated that all such “signifiers” and “signifieds” exist on an associative (or paradigmatic) axis and are affected by their syntagmatic axis.
He was also one of the proponents of what is now known as the laryngeal theory. The main postulates of the theory state that the Proto-Indo-European language consisted of a series of phonemes apart from those reconstructed with the comparative method. The theory also states that such phonemes were "laryngeal" consonants, articulated from the back of the mouth. Though there was no evidence found to establish this theory during Saussure’s lifetime, after his death, a newly discovered Indo-European language, cuneiform Hittite, confirmed the presence of an actual laryngeal consonant (h).
Saussure is thus known as one of the pioneers of semiotics. He, however, used the term "semiology" to indicate his field of study. He did not merely focus on the theories of the origins of language or the historical aspects of language. Instead, Saussure laid stress on the patterns and functions of language. He believed that the relationship between the “signifier” and the “signified” is arbitrary.
In order to understand Saussure’s concepts, one needs to understand the concepts of synchronic and diachronic analyses. Synchronic analysis identifies the elements of a system and their values at any given point in time, also known as an état de langue. Diachronic analysis, on the other hand, involves the comparison of two or more états de langue, each existing at different times. Although it may appear that Saussure’s contribution to linguistics had replaced diachronic with synchronic analysis, in reality, he was the one who had invented diachronic linguistics, which is inseparable from the synchronic approach.
Family, Personal Life, & Death
Saussure married his cousin, Marie Faesch, in 1892. They had their first son, Jacques, 9 months later. They had two more sons, Raymond and André, in 1894 and 1895, respectively. However, André died due to cholera 3 months later. Raymond grew up to be a renowned psychoanalyst.
Saussure breathed his last on February 22, 1913, in Vufflens-le-Château, Vaud, Switzerland, apparently due to complications from influenza. He had possibly developed chronic arteriosclerosis, which had proved fatal.
Legacy
Saussure’s structuralism has served as the basis of many studies after his death. Prominent intellectuals Roland Barthes, Claude Lévi-Strauss, and Jacques Lacan have relied on his concepts. Thus, Saussure’s ideas have influenced diverse fields such as literary studies, sociology, philosophy, psychology, psychoanalysis, and anthropology.
His most significant influence was on the major European structuralist school, the Prague school of linguistics. 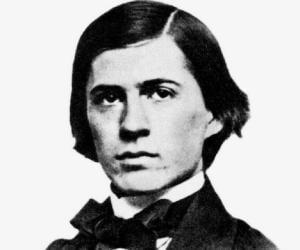