Lin Yutang was a Chinese writer who worked efficiently towards bridging the cultural gap between east and west through his effective writing style. He is considered to be one of the best known essayists of his time. His essay writings always showcased his love for self-expression and perfectly merged sophistication and casualness together. These qualities found him large number of audiences. As a journalist, he wrote independent criticisms and took to an intimate style of writing so as to get more connected to his readers. His desire for literary renewal buzzed throughout his academic life. Lin also translated many classic Chinese works into English, which became bestsellers in the West. Even though he was a Christian, he embraced Buddhism and Taoism in his mid-life, only to rediscover Christianity later in his life. He always looked upon communism and socialism as means to put an end to the miseries of people. He simplified and promoted Chinese philosophy and way of living in order to make it approachable for people.
Continue Reading Below Chinese Celebrities
Linguists
Inventors
Chinese Men
Harvard University
Childhood & Early Life
Yutang was born to a Presbyterian pastor, Lin Zhicheng and his wife Yang Shunming in a small town of Banzai, Pinghe, Zhangzho. He was the fifth one among eight children of his parents.
His father’s friend, Reverend Abbe Livingstone Warnshuis, who was an American missionary, introduced him to western world and science.
He attended Tallmadge College, founded by the reformed Church in close proximity to coastal treaty port of Xiamen. After being there for four years, he went to St. John’s University in Shanghai for further studies.
He got half-scholarship for doctoral degree at Harvard University but had to leave Harvard due to financial problems. Therefore, he moved to work with the Chinese Labor Corps in France and finally to Germany, where he fulfilled the conditions laid for a doctoral degree in Chinese Philology at the University of Leipzig. 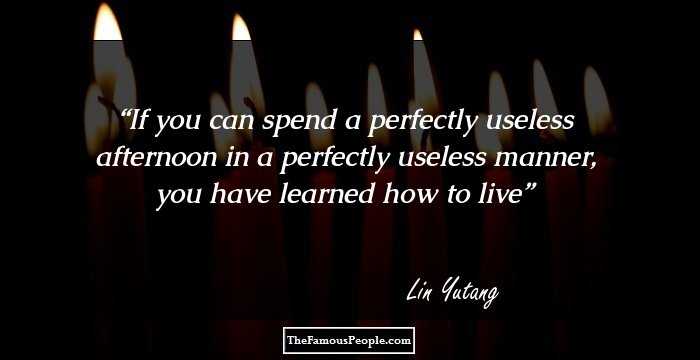 Famous Beautiful Women With Green Eyes
Career
From 1923 to 1926, Dr. Lin taught English philosophy at Peking University in Beijing and by the end of the year, became Dean of Arts in Xiamen University.
After 1927, he dedicated himself to his natural flair- ‘Writing’. He evolved broadly as a writer, writing many essays for Chinese literary magazines which soon placed him at the pinnacle of his literary career.
In 1930, he started ‘China critic’ together with few of his colleagues. The journal was in English and it focused on major political and social concerns of that time, drawing out a large number of Western scholars.
In 1932, he started a western-style satirical magazine named ‘The Analects Fortnightly’, giving more room to self-expression. Its success encouraged him to start “This Human World’ (1934) and ‘Cosmic Wind’ (1936). Both the magazines highlighted contemporary writing.
In 1954, he became head of the Arts and Letters division of UNESCO. 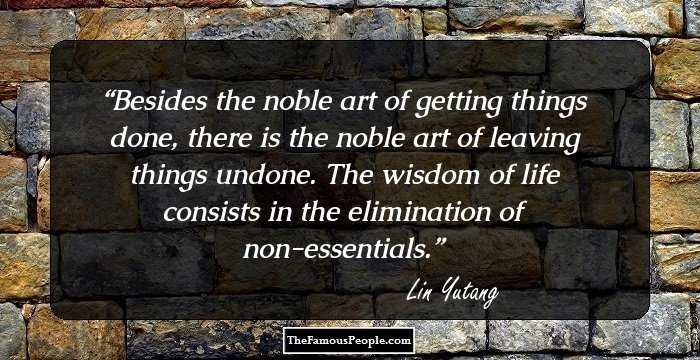 Quotes: Life, Art
Major Works
In 1935, he published ‘My Country, My People’, describing Chinese people and their mindsets. It was translated in several languages and it earned him the topmost position in New York Times best-seller list. China, for the first time, appeared on a global platform in the wake of his debutant work.
‘My Country, My People’ was followed by another witty creation, ‘The Importance of Living’, full of philosophical observations and annotations. It was on the national best-seller list throughout 1938. It contains little delights of life and spiritual happiness.
This stunning success was followed by more of his works including ‘Wisdom of Confucius’ (1938), ‘Moment in Peking’ (1938), ‘Between tears and laughter’(1943), ‘Vigil of a nation’ (1944), ‘From Pagan to Christian’ (1959) and ‘Memoirs of an octogenarian’ (1975).
Continue Reading Below
He translated Chinese classical literature into English as ‘Famous Chinese short stories retold’. In 1960s he romanized the Chinese language and indexed Chinese characters. He also crafted the Anglo-Chinese dictionary of current usage in five years.
In 1969, he became the President of Taipei Chinese Centre for International PEN. His Chinese editorial (Wo swo Bu tan) had millions of readers across the globe.
Awards & Achievements
He successfully built a Chinese typewriter, overcoming few initial hurdles and failures due to civil strife in China. In the middle 1940s, he collaborated with a small engineering firm to get the model built. It came out to be an effectively devised 72-key input in 1947, which allowed the operator to search and join in order to create 7000 characters.
He was nominated for the Nobel Prize in Literature in 1975 for the book ‘Moment in Peking’. It deals with the tumultuous state of China during the emergence of nationalism and communism, and the origin of Sino-Japanese war of 1937-1945. It has been adapted twice for television production. 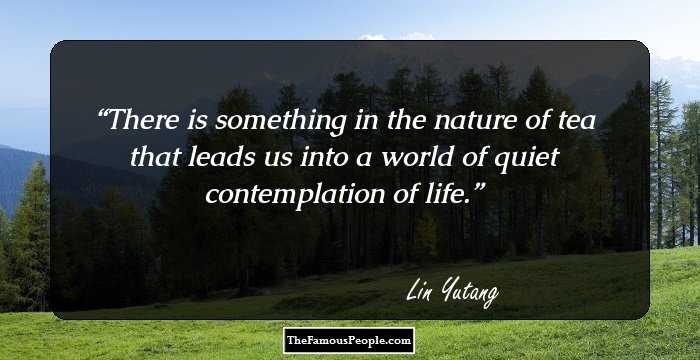 Quotes: Life, Nature
Personal Life & Legacy
He was married to Lin SuiFeng, who was a cookbook author. Her authentic recipes did wonders in America and brought the art of Chinese cookery to a great level.
He has three daughters namely Adet Lin, Lin TaiYi, and Lin HsiangJu. They all are eminent cookbook authors of Chinese delicacies. Lin TaiYi was author and editor of the Chinese edition of ‘Reader’s Digest’ from 1965-1968.
His home in Yangmingshan, Taipei, Taiwan has been turned into a museum by Taipei city government. Its dazzling beauty never fails to attract people from across the globe.
Trivia
Born a ‘Christian’, he embraced pagan religion in his early 20’s and also became a follower of Tao and Buddha in his middle age. Later in 1959, at the end of his spiritual quest, he eventually returned to Christianity and re-embraced it.
Recommended Lists:
Writers #3228
Intellectuals & Academics #1258
Inventors & Discoverers #236
You May Like

See the events in life of Lin Yutang in Chronological Order 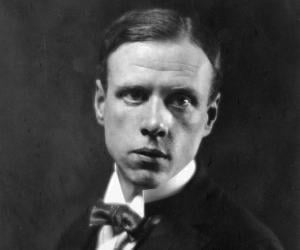