Jean Edward Smith’s quote ‘He lifted himself from a wheelchair to lift the nation from its knees’ best describes Roosevelt’s prominent position in the United States political scenario. The 32nd President of United States, Franklin Delano Roosevelt remained the key figure during the mid of the 20th century. A man with a vision, he led United States in its worst time of crises and helped the country come out of the realms of Great Depression to become an economically powerful country in the world with restored prosperity. It was his optimistic approach and never-say-die attitude that instilled in the people a nationalistic spirit. During the World War II, he successfully retained the neutral stand of United States despite making the country an ‘Arsenal of Democracy’ and aiding China and Great Britain all through during the war. Roosevelt is the only US President to be elected four times consecutively. In his twelve years long service as the President of the United States, Roosevelt dominated America’s political scene completely, so much so that even decades after, his dominance was virtually present and greatly felt. He was the primary founder and the initiator for the formation of later formed United Nations and Bretton Woods. Along with Abraham Lincoln and George Washington, Franklin Roosevelt is one of the top three U.S. Presidents. Donald Trump
Political Leaders #17
Presidents #7
Leaders #44
DID WE MISS SOMEONE?
CLICK HERE AND TELL US
WE'LL MAKE SURE
THEY'RE HERE A.S.A.P
Quick Facts

American Celebrities
Political Leaders
American Men
Male Leaders
Aquarius Leaders
Childhood & Early Life
Born to James Roosevelt and Sara Ann Delano, Franklin Delano Roosevelt was the only child of the couple. Coming from a wealthy family of English descent, young Roosevelt was raised in an atmosphere of privilege.
Academically, Roosevelt was an average student. He attained his preliminary education from Groton School, after which he enrolled at Harvard College graduating from the same in 1903 with an A.B. in history.
In 1904, Roosevelt entered Columbia Law School but dropped out of the same as he had cracked the New York Bar exam. His first employment was at the Wall Street firm of Carter Ledyard & Milburn, dealing mainly with corporate law. 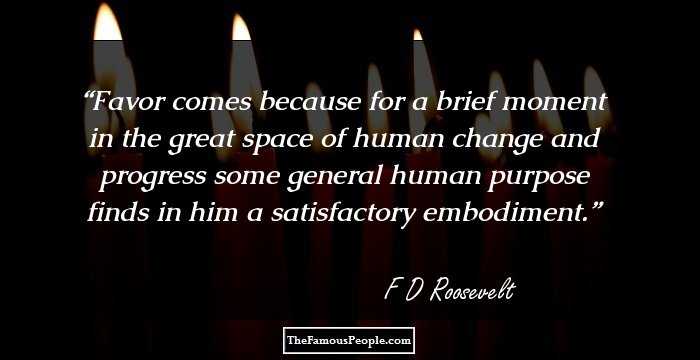 The Sexiest Men Of 2020, Ranked
Entry into Politics
Roosevelt’s entry into politics was during the New York State Senate elections of 1910. Though he had no prior experience in the same, the fact that he was a Roosevelt and had a lot of wealth, prestige and influence at the Hudson Valley to fall back on was enough to guide him through.
Opposing the Tammany bossism, Roosevelt was in support of the state Democratic party. He successfully upset the Tammany machine by blocking their selected candidate over James A. O'Gorman.
The entire episode brought Roosevelt national exposure and gave him a first-hand experience in tactics and scheming that prevail in the world of politics. Though he had become popular with the people, he had not developed on eloquent speaking.
Serving as the chairman of the Agricultural Committee, Roosevelt brought in new reforms that supported laboUr and social welfare programs for women and children. 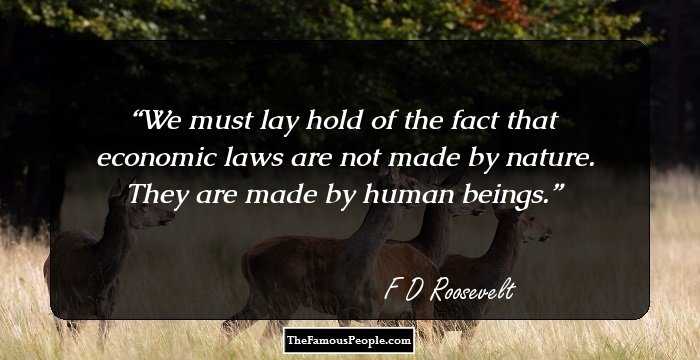 Quotes: Nature
Political Pursuits
In the 1912 presidential elections, Roosevelt supported Woodrow Wilson's candidature. Wilson’s appointment as the President opened new doors of opportunity for Roosevelt as he found a place for himself in the Wilson administration. Resigning from his post in the New York State Senate, Roosevelt took up the position of Assistant U.S. Secretary of the Navy in 1913.
His terms at the Navy lasted for seven years. During his service, Roosevelt was passionately involved with the intricacies of the work and supported Josephus Daniels (Secretary of the Navy) completely for building a large and efficient naval force. He worked to expand the Navy, secured approval in the financial budget and looked into the smooth functioning.
Roosevelt was not comfortable acting as a second fiddle and thus decided to run for the US Senate seat of New York. However, the proposition was doomed from the start as he did not gain White House support. Nevertheless, he contested in it and was convincingly beaten. Though the results came out unfavourably, the election made Roosevelt realize that support of the White House was invincible.
Resigning from his post at the Navy, Roosevelt stood as a candidate for the Vice Presidential elections in 1920. However, he was beaten by the Republic candidate, Warren G. Harding by a wide margin. Post the defeat, he returned to New York and started practicing law.
Continue Reading Below
Tragedy struck Roosevelt in 1921 when he contracted polio, which caused permanent paralysis of his lower body starting from the waist. While some believed that this was the end of this political journey, Roosevelt showed great courage and determination and fought the disease to retain his political career.
Roosevelt spent the early 1920s mending his relationships with the Democratic Party. He supported Alfred E Smith for the chair of the Governor of New York in 1922 and 1924.
In 1928, he replaced Smith as the contender for the seat of the Governor of New York, which he won narrowly. He worked as a reform governor and established a number of social programs for the betterment of the society by large. He retained the post of the Governor for the second term as well in 1930.
For the 1932 Presidential elections, Roosevelt was an obvious choice from the Democratic Party, given his strong base and support in New York. The campaign which was conducted under the shadow of Great Depression gave Democrats an upper hand from the Republicans, who were blamed for the Depression.
Roosevelt ran his presidency ticket calling for a government intervention in the economy to provide relief, reform and recovery to its people. He advocated for reduction in the public expenditure, dismantling of useless commissions, organization of departments and curtailing extravagances.
It was his buoyant spirit, optimistic outlook and charming mannerism that helped Roosevelt win over Republican candidate, Herbert Hoover, with a 57% votes in all except six states.
First Term of Presidency 1933
When Roosevelt took to office on March 4, 1933, America was undergoing its greatest period of crisis. Rate of unemployment had reached its peak, farmers experienced a tragic dip as prices fell by 60%, industrial production was rock low and hundred of banks faced temporary closure.
Standing true to his campaigning program, Roosevelt looked to provide relief, recovery and reform to his people. Relief was putting the large number of unemployed force back in action, recovery was making the economy return to normal and reform involved fixing for good the financial and banking systems of the country.
Jumping straight into action, Roosevelt proposed new economic reforms, which he called ‘New Deal’. According to it, he, along with his advisors, supervised the formation of different agencies.
Continue Reading Below
The agencies were entrusted with a specific goal. While Agricultural Adjustment Administration looked after supporting farm prices, Civilian Conservation Corps employed young men. National Recovery Administration was in charge of regulating the wages and prices. Other agencies insured bank deposits, regulated the stock market, subsidized mortgages, and provided relief to the unemployed.
Working along with Republican Senator George Norris, he created the largest government-owned industrial enterprise in American history, the Tennessee Valley Authority which built dams and power stations, controlled floods, and modernized agriculture and home conditions in the poverty-stricken Tennessee Valley
Roosevelt brought about a Second New Deal in 1934, which led to the formation of Works Progress Administration that set up a national relief agency, employing about two million people. It brought the rate of unemployment down by almost 8 per cent.
Though the First New Deal was jointly supported by people of all classes, the Second New Deal challenged the business class and hence failed to gain their support.
Though the economy showed signs of improvement under the Roosevelt presidency, he faced criticism for his numerous New Deal projects, so much so that some of them were declared unconstitutional. Additionally, increased government spending and unbalanced budgets were major causes of worry in his Presidency.
In 1936 Presidential election, Roosevelt managed to attain maximum votes as he was backed by a coalition of voters which included traditional Democrats, small farmers, Catholics, big city political machines, labour unions, northern African Americans, Jews, intellectuals and political liberals. 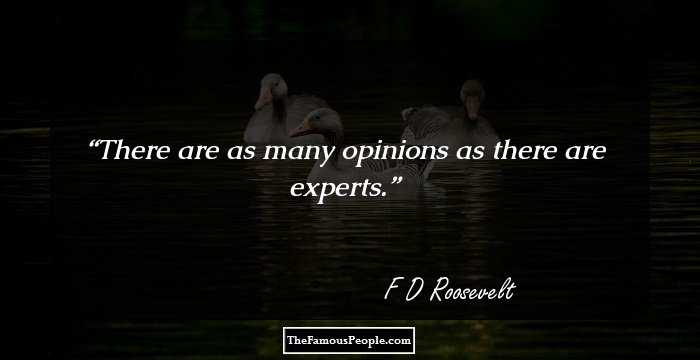 See the events in life of F. D. Roosevelt in Chronological Order