Advanced Search
Elbridge Gerry was a true patriot who played a significant role in America’s struggle to establish its independent identity, ideology and authority. Before becoming the fifth Vice President of the United States, under President James Madison, he served at several other high profile posts with great finesse. His illustrious political portfolio includes several much acclaimed distinctions, such as being one of the original signatories of the Declaration of Independence, Constitution framer and successful diplomat. Despite being born into a wealthy family Gerry was a vociferous opponent of British colonial policy. He actively participated in providing sustenance to the American Revolutionary War. In spite of being so closely related to the formation of American constitution, he refrained from signing the final draft of the United States Constitution, as it did not have a Bill of Rights. Once the constitution was ratified, Gerry was elected as the member to the inaugural United States Congress; he actively participated in formulation of Bill of Rights. Throughout, his life he remained a staunch supporter of individual rights and state liberties. An intriguing legacy of his is gerrymandering, a process introduced by him, as per which to aid the party in power, electoral districts are drawn. Go through his biography to get a better idea about this gentleman politician. Nancy Pelosi
17th July In History
DID WE MISS SOMEONE?
CLICK HERE AND TELL US
WE'LL MAKE SURE
THEY'RE HERE A.S.A.P
Quick Facts 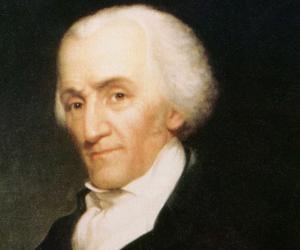 American People
American Men
Harvard University
Male Leaders
Cancer Leaders
Childhood & Early Life
Elbridge Thomas Gerry received his first name as a namesake of a John Elbridge, who was an ancestor of his mother.
His father was an English migrant, who came to America in 1730 and with his sheer will and hard work managed to establish a shipping business in Marblehead.
Gerry was the third eldest among his ten siblings, out of whom apart from him only four survived to see adulthood.
He received his early education at the hands of private tutors and later at the age of 14, enrolled at Harvard.
In 1762, he received his bachelor’s degree from Harvard College and completed his master’s in 1765, before joining his father’s shipping business.
Continue Reading Below
Career
His first serious stint with politics began when he was elected to colonial legislative assembly in, May, 1772 and served there till 1774.
As a legislative member, he was highly impressed by Samuel Adams and before leaving the office in 1774, participated in the Marblehead and Massachusetts committees of correspondence.
In June 1774, the British Parliament barred the use of Boston harbor and the supply ships filled with donated supplies for Bostonians began to dock at Marblehead, Gerry played an important role in transporting their items to their desired destination.
He participated in the first and second provincial congresses, between 1774 and 1776.
He remained involved in raising troops and in military logistics, as the chairman of the Committee of Supply and as the member of the Council of Safety throughout the American War of Independence.
He had a close escape on April 18, 1775 when he was attending a revolutionist meet at Menotomy and British troops cracked down at Lexington and Concord.
He became a member of the Continental Congress in 1776, where his financial acumen and military organizational skills made him indispensable.
In congress, he supported the cause of pay hike and better equipment for the soldiers and thus, earned the nickname "soldiers' friend".
Gerry’s stint as a congressional member continued till 1779, when after a disagreement on issue of suppliers price schedule, he discontinued.
Continue Reading Below
Despite being a nominal member, he did not take active part in the congress meetings for around 3 years and instead focused on his business as well as took part in the proceedings of the lower house of the Massachusetts legislature.
In 1783, he once again resumed his association with the Confederation Congress which continued till September 1785.
He was one of the most vociferous members of the U.S. Constitutional Convention, which was organized in 1787 (Philadelphia).
During the convention he supported the formation of a constitution but refused to sign it as it did not include a Bill of Rights.
For Gerry an ideal constitution was one, which maintained equilibrium between governmental power and citizens’ rights.
In 1789, he became a member of the Federal Congress despite having reservations and supported Alexander Hamilton's financial scheme.
Between 1793 and 1797, he lived a retired life, until he was nominated as one of the three-member diplomatic team being sent to France by President John Adams.
During the diplomatic mission, the American diplomats were shocked by the demand of bribe on part of the French government, while two of his team members retuned to America, Gerry stayed back; this gave rise to the "XYZ" scandal, which tarnished his reputation.
In 1810, he was elected as the governor of Massachusetts. He approved a bill that gave Republicans an upper hand in the state legislature in 1812 and lost his governorship.
Continue Reading Below
In 1812 presidential elections, James Madison appointed him as his running mate. The Duo won the election easily and Gerry took over the Vice President office in March 1813.
Personal Life & Legacy
In 1786, Gerry married Ann Thompson, who was twenty years younger to him and daughter of an influential as well as prosperous New York Merchant; James Monroe, was the best man at their wedding.
He fathered ten children with Ann between 1787 and 1801, which caused various health complications for Ann.
He passed away on November 23, 1814 while serving as the Vice President.
Between 1813 and 1886, his grandson named, Elbridge Gerry served as the member of the U.S. House of Representatives from Maine.
His political legacy was kept alive by his great-grandson, Peter G. Gerry who served as a member of the U.S. House of Representatives as well as Senator (1879–1957).
As the governor of Massachusetts, his support of the redistricting measure which helped the Democratic-Republicans to get more representation in the state senate, earned him Federalists wrath and they named this tactic as "gerrymander".
He has been drawn by John Trumbull in his famous painting known as Declaration of Independence. In 1976, it was printed on the reverse of the two-dollar bill.
The town of Elbridge, in upstate New York and the western New York town named Gerry are believed to have been named in his honor.
Trivia
His remains were interred in the Congressional Cemetery in Washington, D. C. which makes him the sole signatory of the Declaration of Independence to have been buried in the country’s capital.
His wife lived till 1849 and was the last surviving widow of a signatory of the Declaration.

See the events in life of Elbridge Gerry in Chronological Order