Edmund Spenser was a 16th-century English poet who garnered fame for composing the epic poem and fantastical allegory ‘The Faerie Queene’. Widely regarded as one of the premier craftsmen of nascent Modern English verse, he is also recognized as one of the greatest poets in the English language. Originally from London, Spenser attended the Merchant Taylors' School before enrolling at the Pembroke College, Cambridge, from where he matriculated as a sizar. In 1578, he briefly served as a secretary of John Young, Bishop of Rochester. In the following year, he put out his first major poetic work, ‘The Shepheardes Calender’. Spenser went to Ireland and entered the service of Lord Deputy, Arthur Grey, 14th Baron Grey de Wilton, in 1580. Later, he purchased several plots there, including one in Rennie, on a rock with the view of the river Blackwater in North Cork. According to legends, it was there that he composed some parts of his magnum opus. The first three books of ‘The Faerie Queene’ were published in 1590 and all six books were put out together in 1596. Spenser was forced out of his home and Ireland in 1598 and spent the final year of his life in alleged poverty in London. British People
Male Poets
Male Writers
British Poets
British Writers
Childhood & Early Life
Edmund Spenser was a native of East Smithfield, London, England. The scholars argue on the exact year of his birth, with some believing that it occurred in 1552 and others claiming that it happened in 1553.
The names of his parents are also subjects of debate. He was possibly the son of John Spenser, a journeyman cloth-maker. In his youth, he received education in London at the Merchant Taylors' School. Later, he obtained his matriculation degree as a sizar from Pembroke College, Cambridge.
While he was in Cambridge, he developed a friendship with writer Gabriel Harvey. Despite their evidently different opinions on poetry, they often had discussions on literature. In 1578, he was briefly employed by John Young, Bishop of Rochester, as a secretary.
Continue Reading Below
You May Like

Who Is The Most Popular BTS Member?
Career & Later Life
In 1579, Edmund Spenser released his first major poetic work, ‘The Shepheardes Calender’. Highly inspired by Virgil’s first work, the ‘Eclogues’, Spenser composed this series of pastorals in the early days of his career. However, he used the Renaissance eclogues of Mantuanus as his model. As with the rest of the work, the title contained intentionally archaic spellings, in order to denote a link to medieval literature, especially to the works of Geoffrey Chaucer.
In July 1580, Spenser travelled to Ireland to work for the newly appointed Lord Deputy, Arthur Grey, 14th Baron Grey de Wilton. He and Walter Raleigh both were working for Lord Grey at the Siege of Smerwick massacre.
When Lord Grey was ordered to return to England, Spenser stayed back. He had already received employments at other official posts and gotten lands in the Munster Plantation. At some point between 1587 and 1589, Spenser obtained his main estate at Kilcolman, near Doneraile in North Cork.
He purchased a second holding to the south, at Rennie. The plot was located near river Blackwater in North Cork. The ruins of his house are still present there. There was an oak tree in the vicinity. Locals called it “Spenser’s Oak”, until its death following a lightning strike in the 1960s. According to local legends, Spenser composed at least some part of ‘The Faerie Queene’ under this tree.
In 1590, Spenser went back to London to publish Book I to Book III of his magnum opus, as well as to promote it. In both acts, he was likely helped by Raleigh. He was able to secure a life pension of £50 a year from Queen Elizabeth I of England. The first three books were put out again, along with Book IV to VI, in 1596.
It is possible that he was looking to be hired at the court through his poetry. However, in his subsequent publication, there was a satirical poem, titled ‘Mother Hubberd's Tale’, in which he boldly lampooned the queen's principal secretary, Lord Burghley (William Cecil). He then travelled back to Ireland.
In 1591, he brought out a translation in verse of Joachim Du Bellay's sonnets, ‘Les Antiquités de Rome’ (1558). Spenser’s rendition, ‘Ruines of Rome: by Bellay’, was also likely inspired by the works of Latin poet Jean or Janis Vitalis.
He authored a prose pamphlet in 1596, titled ‘A View of the Present State of Ireland’. Written in the form of a dialogue, it was distributed as a manuscript and was left unpublished until the mid-seventeenth century. This was possibly due to the provocative content of the pamphlet, which proposed that in order to completely “pacify” Ireland, the English must eradicate its indigenous language and customs, if needed by violence.
In 1598, while the Nine Years’ War was taking place, he was forced out of his home and Ireland by the native Irish forces of Aodh Ó Néill. His castle at Kilcolman was torched. According to playwright and poet Ben Jonson, one of Spenser’s infant children perished in the fire.
Continue Reading Below
The Faerie Queene
According to Edmund Spenser’s initial indication, ‘The Faerie Queene’ was comprised of 12 books. Only six of those currently survive. However, it is still one of the longest poems in the English language.
It was composed as an allegorical piece that a reader can enjoy on several levels of allegory, including as glorification of Queen Elizabeth. In the context of full allegory, the poem revolves around several knights in an exploration of several virtues.
In ‘A Letter of the Authors’, Spenser reveals that the poem is "cloudily enwrapped in allegorical devises", and his reason to compose it was to "fashion a gentleman or noble person in virtuous and gentle discipline".
Family & Personal Life
Edmund Spenser married twice in his life. His first wife was Machabyas Childe, with whom he tied the knot in 1579. She bore him two children, Sylvanus and Katherine.
Machabyas passed away in 1594, and Spenser subsequently exchanged wedding vows with Elizabeth Boyle, who was the sister of Richard Boyle, 1st Earl of Cork, and several years younger than him.
He wrote a sonnet sequence about Elizabeth, titled ‘Amoretti’, describing their courtship and eventual marriage. The wedding itself was the subject of an ode, titled ‘Epithalamion’. The couple had a son named Peregrine.
Death & Legacy
Edmund Spenser eventually went to London in 1599. He passed away not long after at the age of 46. Jonson states that he died “for want of bread”. This was not necessarily true. Spenser had money sanctioned to him by the government. His pension was also due. Several contemporary poets took his coffin to his grave in Poets' Corner in Westminster Abbey. They shed tears and placed pens and pieces of poetry in his grave.
In later years, his second wife, Elizabeth Boyle, married two more times. He had a sister named Sarah, who had gone to Ireland with him and wedded into the Travers family. Her descendants became important landowners in the ensuing centuries.
While being highly educated in classical literature, Spenser did not seek to reuse traditional styles. His poetry was uniquely his own. His distinctiveness may have been caused, to some degree, by his inability to comprehend the classics. He often echoed the styles of ancient Roman poets Virgil and Ovid, but his most prolific works are demonstrably dissimilar from those of his idols.
Charles Lamb dubbed him “the Poet’s Poet”. He had served as an inspiration for the likes of John Milton, Alexander Pope, William Blake, William Wordsworth, John Keats, Lord Byron, and Alfred Tennyson. Raleigh, in his poem published in 1590, writes that Spenser’s work is more important and valuable to him than any other’s in the English language.
You May Like

See the events in life of Edmund Spenser in Chronological Order 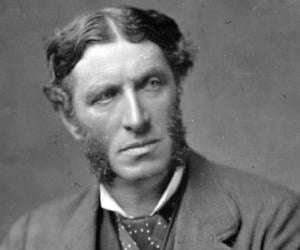