(Co-founder of The Carlyle Group)

Advanced Search
David Mark Rubenstein is a business owner, investor, and philanthropist from America who co-founded The Carlyle Group, a global private equity investment company which is headquartered in Washington, D.C. At present, he serves as its co-executive chairman. He also holds the position of the chairman at the Kennedy Center for the Performing Arts, the Smithsonian Institution, and the Council on Foreign Relations. He is the president of The Economic Club of Washington, D.C. A native of Maryland, Rubenstein hails from a modest background. He was educated at the college preparatory high school Baltimore City College and later at Duke University before enrolling at the University of Chicago Law School, from where he graduated in 1973. He subsequently began his legal career at Paul, Weiss, Rifkind, Wharton & Garrison LLP. Later, he served as the chief counsel to the U.S. Senate Judiciary Committee's Subcommittee on Constitutional Amendments. Rubenstein founded The Carlyle group with William E. Conway Jr. and Daniel A. D'Aniello in 1987. According to an estimate by Forbes, Rubenstein’s net worth is $3.2 billion. American People
Philanthropists
American Men
Duke University
University Of Chicago
Childhood & Early Life
David Rubenstein was born on August 11, 1949, in Baltimore, Maryland, USA, to Bettie and Robert Rubenstein. His family was a modest, Jewish household. His father worked for the US Postal Service, while his mother was a homemaker.
He obtained a degree from the college preparatory high school Baltimore City College, which was an all-male school at the time. He then went on to graduate Phi Beta Kappa and magna cum laude from Duke University in 1970.
He studied law at the University of Chicago Law School. During his time there, he served as the editor of the University of Chicago Law Review. In 1973, Rubenstein received his law degree.
Continue Reading Below
Career
Soon after graduating from law school, David Rubenstein started practising. Between 1973 and 1975, he worked for Paul, Weiss, Rifkind, Wharton & Garrison LLP in New York.
From 1975 to 1976, he was employed as chief counsel to the U.S. Senate Judiciary Committee's Subcommittee on Constitutional Amendments. Rubenstein also served as the deputy domestic policy advisor to President Jimmy Carter and had a private practice in Washington, D.C.
In 1987, Rubenstein, along with William E. Conway Jr. and Daniel A. D'Aniello, established The Carlyle Group. At present, the global investment firm manages $223 billion worth of assets. They do businesses across four segments: corporate private equity, real assets, global market strategies, and investment solutions. The company has over 1500 employees working in 31 offices across six continents.
In October 2016, he started hosting ‘The David Rubenstein Show: Peer to Peer Conversations’. It airs on Bloomberg TV and many PBS stations.
In 2018, he set up Declaration Capital, a family office that concentrates on venture, growth, and family-owned businesses.
Rubenstein’s first book, ‘The American Story: Interviews with Master Historians,’ was published in October 2019, through Simon & Shuster. It is comprised of interviews of historians on their respective fields of expertise. Rubenstein has spoken to the likes of David McCullough on John Adams, Jon Meachem on Thomas Jefferson, Ron Chernow on Alexander Hamilton, and Walter Isaacson on Benjamin Franklin.
Philanthropic Works
Rubenstein was one of the 40 early individuals who have promised to give over half of their wealth to philanthropic causes or charities as part of The Giving Pledge. He has donated a significant amount of money to Duke University, Harvard University, Johns Hopkins University, the University of Chicago, the Smithsonian Institution, The John F. Kennedy Center for the Performing Arts, the National Archives, the Library of Congress, and the National Park Foundation.
Rubenstein bought the last privately-owned copy of the Magna Carta at Sotheby's auction house in New York for $21.3 million in December 2007. It is currently displayed at the National Archives in Washington, D.C.
In May 2010, he was chosen to serve as the chairman of the board of the Kennedy Center, Washington, D.C. He has also served as the vice chairman of the board of the Lincoln Center for the Performing Arts, New York, and chairman of its fundraising drive.
In November 2013, he paid $14.1 million for a copy of the Bay Psalm Book and promised that he would let it be displayed at public collections and exhibitions around the world.
On February 15, 2016, Presidents' Day, he donated $18.5 million to the National Park Foundation, so its educational resources could be increased, public access could be improved, and the Lincoln Memorial on the National Mall in Washington, D.C. could be repaired and restored.
Family & Personal Life
David Rubenstein met newspaper publishing executive, writer, and philanthropist Alice Nicole Rogoff while they were both serving in the Carter Administration. They exchanged wedding vows on May 21, 1983, and went on to have three children together: Alexandra, Gabrielle, and Andrew.
In 2005, the couple separated. Their divorce was finalised on December 8, 2017.
Recommended Lists:
Miscellaneous #2248

See the events in life of David Rubenstein in Chronological Order 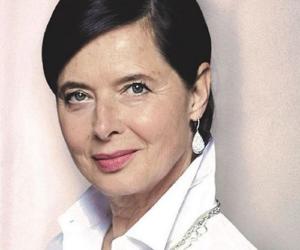