Vicky Karayiannis is a Paris-based American publicist. She is the wife of the late musician, singer, and songwriter Christopher John Cornell. Also known as Chris, Vicky’s deceased husband was the lead vocalist of the rock bands 'Soundgarden' and 'Audioslave.' Vicky came into the limelight when she sued her husband’s doctor for prescribing an overdose of a specific drug, which she claimed had caused Chris’s death. Vicky’s husband was found dead in his Detroit hotel, and the autopsy report suggested a suicide. She, however, rejected all the reports and firmly claimed that the prescribed drugs induced a suicidal intention in Chris. She revealed that her husband had been suffering from severe shoulder pain for a long time, which had impacted his sleep routine. Hence, he was prescribed certain drugs, but the dosage was not adequately monitored. *Vicky and Chris got married in 2004, after a courtship of several months. Soon, they had two children. Vicky also has a stepdaughter from Chris’s previous marriage. Vicky now looks after the charitable foundation which she and her husband had founded in 2012. The organization works for underprivileged children. Following her husband’s death, Vicky released an open letter to Chris, in which she recalled all her memories with him. Mika Boorem
DID WE MISS SOMEONE?
CLICK HERE AND TELL US
WE'LL MAKE SURE
THEY'RE HERE A.S.A.P
Quick Facts

American People
Leo Women
Birth
Vicky was born on August 13, 1978, to Toni Karayiannis, in the US. She has a brother named Nicholas Karayiannis. Nicholas, also known as “DJ Nick Blast,” works as an executive at a restaurant in New York. Vicky follows orthodox Greek values, as her parents have Greek roots. Her ancestors owned restaurants and were active in the music business.
You May Like

The Sexiest Men Of 2020, Ranked
Continue Reading Below
Relationship with Chris
Vicky met Chris for the first time in January 2003, at 'Hotel Plaza Athénée' in Paris. She was there to attend the after-show party of the rock group ‘Audioslave.’ Chris liked Vicky instantly. They then met in London, where their love eventually blossomed. Back in Los Angeles, Chris would surprise his lady love with candles, chocolates, and flowers. He finally proposed to Vicky at the 'Beverly Hills Hotel.'
Interestingly, Chris had first proposed marriage to Vicky with a silver ring that she had been wearing as a pendant. He was not prepared for the act. A few weeks later, Chris, like a true gentleman, formally proposed to Vicky with a 'Harry Winston' engagement ring at a French bar.
Vicky and Chris had a civil wedding in 2004. The wedding ceremony was held in Paris. Soon, they were blessed with two children. Their daughter, Toni, was born in September 2004, and their son, Christopher Nicholas, was born in December 2005. Chris was earlier married to music manager Susan Silver. They got married in 1990 and divorced in 2004. Vicky is the stepmother of Lillian Jean Cornell, born to Chris and his first wife.
Chris' Death
On May 18, 2017, Chris was found dead in the bathroom of his hotel, ‘MGM Grand,' in Detroit. He was on a tour with 'Soundgarden' and had performed the previous day. The autopsy report provided by the Wayne County medical examiner's office later declared that Chris had committed suicide by hanging and that his death was not caused by any drug.
As soon as Vicky received the unfortunate news, she immediately contacted her insurance lawyer, Kirk Pasich, to handle the media. Pasich, as Vicky’s spokesperson, blamed 'Ativan' (a drug brand) for Chris’s death. He firmly stated that the singer was not suicidal and had no reason to take his own life.
On July 11, 2017, the complete police investigation report was released. It revealed that Vicky was the last person to talk to Chris. As stated to the police before, she had had a conversation with Chris over the phone the previous night. However, Vicky added that Chris did not sound “OK” to her. She claimed his speech had been unclear and that he had repeatedly said, "I am just tired," before he had abruptly hung up. Vicky had immediately contacted Chris’s bodyguard to check on him. Chris was declared dead at around 1:30 am.
Vicky took some time to come out and talk about her loss. She later blamed her husband's doctor for his death. In November 2018, she and her children filed a case in the ‘Los Angeles Superior Court’ against Dr. Robert Koblin, her husband’s doctor, who had prescribed drugs for his shoulder pain. Vicky claimed that the doctor should not have given those drugs to Chris and claimed the drugs were responsible for his death. She rejected the autopsy report that suggested that Chris committed suicide. She believed that her husband’s doctor had prescribed an overdose of drugs that had altered Chris’s mind and had led to his death. In the court, Vicky accused Dr. Koblin of "negligently and repeatedly" prescribing "dangerous mind-altering controlled substances” to her husband that had weakened his conscious mind, impaired his ability to judge, and had led him to display an impulsive and uncontrolled behavioral pattern that induced his suicidal intent. The lawsuit claimed Dr. Koblin had continued prescribing lorazepam (a benzodiazepine medication) to Chris for nearly 20 months, without examining his health status.
In her 'Good Morning America' interview, Vicky stated that Chris had torn his shoulder, which had caused him unbearable pain. The pain did not let him sleep and caused him a lot of stress.
The doctors prescribed him a type of benzodiazepine, a psychoactive drug. Vicky later did some research about the prescribed medication and found out that the drug was not to be consumed by anyone recovering from an ailment. She also found out that the drug dosage was supposed to be closely monitored and its consumption should not have been continued for more than two to three weeks. Chris had struggled with addiction to prescription drugs and alcohol before his death. The investigation reports suggested that Chris had consumed the prescribed medication on the night of his death but also stated that the drug may not have caused his death. The singer was found wearing an exercise band around his neck and had blood in his mouth. The final result of Vicky’s case against Dr. Koblin is still awaited.
'Chris & Vicky Cornell Foundation'
Vicky and her late husband owned a charity organization named the 'Chris & Vicky Cornell Foundation.’ The foundation still works for underprivileged children who have been abused and live an impoverished life. Chris and Vicky laid the foundation of the organization in 2012 to raise funds and support various charitable organizations working for homeless, poor, abused, and neglected children worldwide. The organization also collaborates with other non-profit organizations. It has supported a few other philanthropic organizations, such as 'Phoenix House,' the 'International Rescue Committee,' and ‘Childhaven.'
Vicky now looks after the organization’s operations. She launched the 'Chris Cornell Music Therapy Program' to support the Seattle-based non-profit organization 'Childhaven.' The program was announced on Chris’s 53rd birthday. Vicky donated $100,000 to 'Childhaven.'
Controversy
Vicky has always maintained a low-key life. Apart from dragging her husband’s doctor to court, the incident that brought her under the media radar, she was in the news when her housemaid accused her of harassment. In 2006, Vicky’s cleaning lady, Elia Mora, filed a legal complaint against her. Elia claimed that Vicky had forced her to work for 43 hours a week without any overtime pay. She added that Vicky did not grant her breaks while working. The result of the case is not known yet. 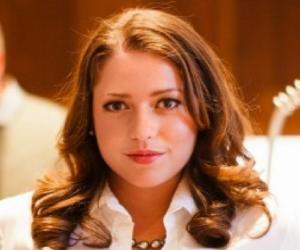