Joanne Tucker is an American film, TV, and stage actor, best known for her performances in films such as ‘Gayby’ and ‘Listen Up Philip’ and TV series such as ‘Billions.’ She is also known as the wife of ‘Academy Award’-nominated American actor Adam Driver, who is well-known for playing Kylo Ren, the main antagonist in the ‘Star Wars’ sequel trilogy. Joanne forayed into acting after finishing college and debuted with the starring role of ‘Lindsay’ in the romantic drama short film ‘Loft.’ Following this, she featured in several big-screen productions, such as ‘Gayby,’ ‘Listen Up Philip,’ and ‘The Report.’ She also appeared in the TV series ‘Billions’ and ‘Girls.’ Adam rose to prominence playing the supporting role of ‘Adam Sackler’ in the latter. Joanne has also appeared in the critically acclaimed documentary film ‘Zero Days’ that was chosen to compete for the ‘Golden Bear’ at the 66th ‘Berlin International Film Festival.’ Joanne has also made her mark on stage, working with the ‘Classic Stage Company,’ the ‘Rattlestick Playwrights Theatre,’ ‘MOCA,’ and the ‘Cincinnati Playhouse.’ American People
Theater Personalities
American Women
Cancer Actresses
American Actresses
Career
Joanne Tucker began her journey as an actor after graduating with a bachelor's degree in acting. She made her debut with the lead role of ‘Lindsay’ in the 2011 romantic drama short film ‘Loft,’ directed by Elizabeth Wood. She played the role of ‘Valerie,’ the antagonistic co-worker of ‘Jenn’ ( portrayed by Jenn Harris) in the Jonathan Lisecki-directed American romantic comedy ‘Gayby.’ The film released on March 12, 2012, and also featured Joanne’s then-boyfriend, Adam Driver, in the role of ‘Neil.’ The critically acclaimed comedy drama ‘Listen Up Philip’ that had its world premiere on January 20, 2014, at the ‘Sundance Film Festival,’ featured Joanne in the role of ‘Eve,’ a struggling novelist. Written and directed by Alex Ross Perry, the film went on to win the ‘Special Jury Prize’ at the ‘Locarno International Film Festival’ that year. The sixth episode of the first season of the American TV drama ‘Billions,’ titled ‘The Deal,’ which aired on February 21, 2016, featured her as ‘Sandy Stearn.’ The same year, she also appeared in a single episode of the American comedy–drama series ‘Girls.’ The episode, titled ‘Hello Kitty,’ was aired on April 3, 2016. Adam rose to prominence as ‘Adam Sackler’ in the series.
One of her most notable projects was the critically acclaimed 2016 American documentary film ‘Zero Days,’ directed by Alex Gibney. The documentary was chosen to compete for the ‘Golden Bear’ at the 66th ‘Berlin International Film Festival’ and was among the 15 films shortlisted to be nominated for the ‘Academy Award’ for the ‘Best Feature Documentary.’ However, it finally failed to receive an ‘Academy Award’ nomination. In 2017, it won a ‘Peabody Award.’ She essayed the character of ‘Gretchen’ in the American drama film ‘The Report,’ written and directed by Scott Z Burns. The film, starring Adam Driver and Annette Bening, had its world premiere at the ‘Sundance Film Festival’ on January 26, 2019. It is planned for a September 2019 release by ‘Amazon Studios.’ While continuing with on-screen productions, Joanne also works with the ‘Classic Stage Company,’ the ‘Rattlestick Playwrights Theatre,’ ‘MOCA,’ and the ‘Cincinnati Playhouse.’
Recommended Lists:

Actresses Who Are In Their 40s
Female Theater Personalities
American Theater Personalities
Women Film & Theater Personalities
Continue Reading Below
Family & Personal Life
Joanne Tucker was born on June 26, 1982, in the US. She is of English ethnicity. She studied at ‘The Dalton School’ in New York City, New York. She also attended the popular performing arts conservatory ‘The Juilliard School,’ situated at the ‘Lincoln Center for the Performing Arts’ in New York City.
Joanne met Adam Driver while the two attended ‘The Juilliard School.’ Both of them were theater lovers. With time, they developed a strong connection and eventually fell for each other. Their love story continued for years, and they finally got married on June 22, 2013. They are yet to have any children. Currently, they live in Brooklyn, New York. Earlier, in 2006, they founded the non-profit organization called ‘Arts in the Armed Forces, Inc.’ (AITAF). Based in Brooklyn, New York, the organization performs theater free of charge for all branches of the military, including active-duty service members, veterans, military support staff, and their families across the globe. It became an official incorporation in 2008.
Recommended Lists: 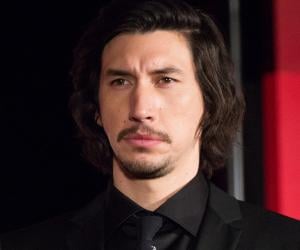