(English Writer and Poet Known for His Novels: ‘Sons and Lovers’, ‘The Rainbow’ and ‘Women in Love’)

D. H. Lawrence was an early 20th century writer best known for his controversial novel ‘Lady Chatterley's Lover’. He was also a talented poet. Today counted amongst the greatest modernist English-language writers for his linguistic skills and exploration of female sexuality, he was reviled as a pornographic writer during the later years of his life. An independent minded and sensitive man, he was disturbed by the oppressive norms and hypocrisy of the contemporary Western culture, and tried to challenge them through his writings. Born into a working class family to a barely literate father, he inherited his love for literature from his well-educated mother. He struggled hard to rise above his background and had no plans to follow in the footsteps of his miner father. A good student, he won a scholarship to Nottingham High School and eventually became a teacher. By this time he had also started writing. As his literary career progressed, he quit teaching to write full time. His novels explored themes of female sexuality, emotional health, instincts, and the dehumanizing effects of modernity. The explicit sexual nature of his works kindled considerable controversies but also made him popular among the readers. He would, however, receive the critical acclaim he deserved only years after his death. British Celebrities
Novelists
British Men
University Of London
Virgo Poets
Childhood & Early Life
David Herbert Richards Lawrence was born on 11 September 1885 in Eastwood, Nottinghamshire, England. His father Arthur John Lawrence was a coal miner, and his mother, Lydia Lawrence, worked in the lace-making industry to supplement the family income. He had three siblings.
His mother was an educated woman who instilled in the young boy a love for literature. A good student, he attended Beauvale Board School from 1891 until 1898. He won a County Council scholarship to Nottingham High School from where he graduated in 1901. 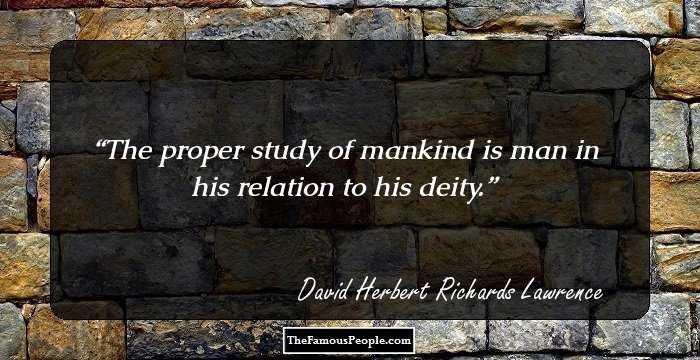 Continue Reading Below
Career
D. H. Lawrence started working as a junior clerk at Haywood's surgical appliances factory in 1901 but left the job after three months following a severe bout of pneumonia. After recovering he began working as a student teacher at the British School in Eastwood in 1902. Eventually he became a teacher and received a teaching certificate from University College, Nottingham, in 1908.
Lawrence took a teaching post at an elementary school in the London suburb of Croydon. By this time he had also started writing, and received a big break when his friend Jessie Chambers managed to get some of his poems published in the ‘English Review’ in 1909. The publishers at the ‘English Review’ took a liking to Lawrence and helped him in getting his first novel ‘The White Peacock’ published by William Heinemann, in 1911.
In November 1911, he quit his teaching job in order to become a full-time writer. His second novel, ‘The Trespasser’, was out in 1912. The story was inspired by the experiences of his colleague, Helen Corke, and her tragic love affair with a married man that ended with his suicide.
He brought out the novel ‘Sons and Lovers’, in 1913, which came to be regarded as his first masterpiece. It was a highly autobiographical story of an aspiring artist named Paul Moore and his complicated relationship with his mother who becomes too attached to him.
The period of the World War I proved to be very distressing for the writer who had by now gained notoriety because of his controversial writing. Married by now to a German woman, Lawrence and his wife were not even allowed to leave the country; they were trapped in England and struggled to make ends meet. Despite the numerous difficulties, he managed to publish four volumes of poetry between 1916 and 1919.
After the war, Lawrence and his wife embarked on extensive travels around the world. The couple visited Sri Lanka, Australia, Mexico and New York among other places, and lived in New Mexico for a few years.
His works during this time include two treatises on his psychological theories, ‘Psychoanalysis and the Unconscious’ (1921) and ‘Fantasia of the Unconscious’ (1922), a novel ‘Boy in the Bush’ (1924), a story collection, ‘St. Mawr’ (1925), and another novel, ‘The Plumed Serpent’ (1926).
In 1928, he published what was to become his most controversial work: ‘Lady Chatterley's Lover’, a novel in which he described in graphic details, the sexual relationship between an aristocratic lady and a working-class man. The content of the novel was so explicit that it was banned in the United States until 1959. 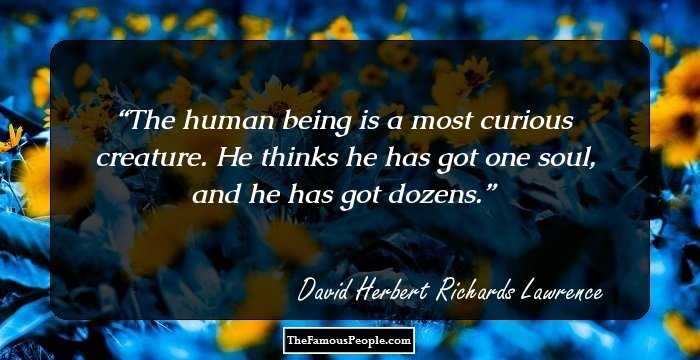 Quotes: Soul
Major Works
His novel ‘Sons and Lovers’, considered scandalous at the time of its publication in 1913 is now placed ninth on the Modern Library’s list of the 100 best novels of the 20th century. Regarded a masterpiece by literary critics, it is counted among D. H. Lawrence’s finest achievements.
His best known—and most notorious—novel was ‘Lady Chatterley's Lover’ which described in explicit details the sexual affair between a working class man and an upper class woman. The book explored a wide range of different types of relationships in the context of the prevailing social customs in England in the first half of the 20th century.
Personal Life & Legacy
In 1912, he met and fell desperately in love with Frieda Weekley, the wife of Ernest Weekley, his former modern languages professor at University College. He persuaded Frieda to leave her husband and children and come with him. Frieda eventually obtained a divorce from her husband and married Lawrence in 1914.
D. H. Lawrence was a man of delicate health who suffered from frequent bouts of illnesses. He became ill with tuberculosis in the late 1920s and died from complications from the disease on 2 March 1930, aged 44.
In 1981, ‘Priest of Love’, a film based on the non-fiction biography of Lawrence of the same name starring Ian McKellen as the writer was released. 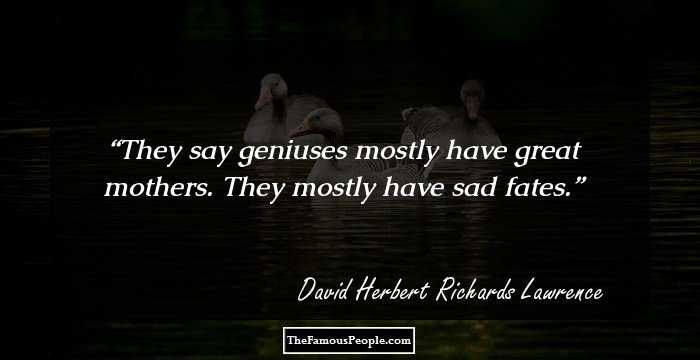 See the events in life of D. H. Lawrence in Chronological Order