One of the most popular and prolific authors of the 21st century, Alexander McCall Smith is a much admired literary figure and a Medical Law Professor. One of the leading bestselling authors on the literary scene, he is best known for his detective, mystery series of novels, ‘The No. 1 Ladies' Detective Agency’ series, which has become an international phenomenon. He worked in Africa, where he co-founded and taught law in the University of Botswana. In a career span of over twenty years, he has authored more than 50 books, which include many children’s books, The Sunday Philosophy Club, 44 Scotland Street, Portuguese Irregular Verbs, and Corduroy Mansions - an international bestseller. His novels have gained international acclaim and have been featured on the New York Times bestseller list. Many of his novels have been adapted into television series and radio broadcasts. He has also authored a series of academic works, including, ‘The Criminal Law of Botswana’, which is one of the most important books on the country's legal system. British People
Educators
British Men
University Of Edinburgh
Virgo Writers
Childhood & Early Life
Alexander McCall Smith was born in Bulawayo, Zimbabwe, which at that time was a British Colony, where he attended the Christian Brothers College, a boy’s high school.
He earned a Ph.D. in law from the University of Edinburgh, after which he started working as a teacher at the Queen's University, Belfast. Here, he won a literary competition in the children’s books category.
In 1981, he went to Southern Africa to teach law at The University of Botswana. During his tenure there, he co-wrote the book, ‘The Criminal Law of Botswana’. 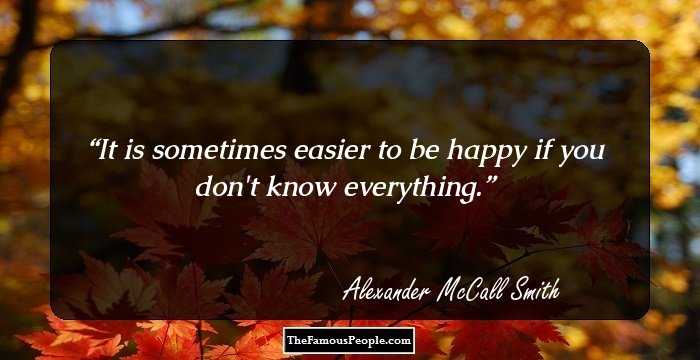 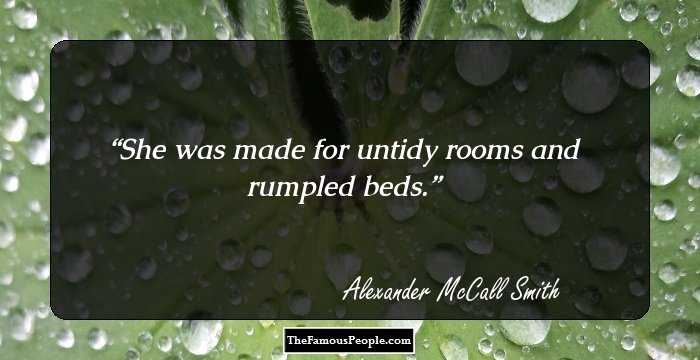 Major Works
‘The No. 1 Ladies' Detective Agency’ series is one of his best known works, which has sold over 20 million copies. The series became an international phenomenon and was adapted into a TV series by the BBC and HBO. It was also dramatized for BBC Radio 4.
‘Corduroy Mansions’ is an international bestselling series of novels which was featured on the New York Times bestseller list. The series was also declared one of the ‘International Books of the Year and the Millennium’ by the Times Literary Supplement.
Awards & Achievements
In 2004, he received the British Book Awards.
In 2007, he received the ‘Commander of the Most Excellent Order of the British Empire’ for his contributions in the field of literature. 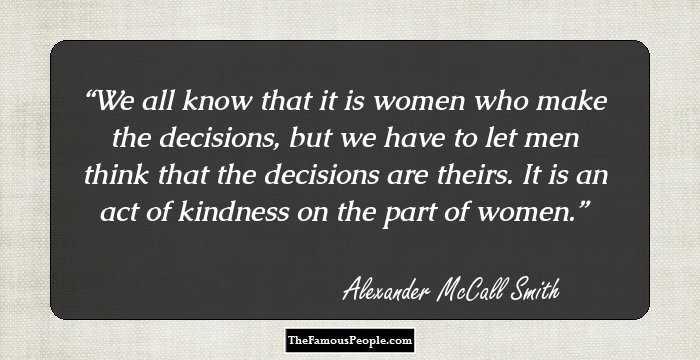 Quotes: Think, Women
Personal Life & Legacy
In 1982, he married Elizabeth Parry, a physician, and the couple have two daughters - Lucy and Emily. They live together in Edinburgh, Scotland.
He also enjoys playing the bassoon, a musical instrument, and is the co-founder of ‘The Really Terrible Orchestra’, a British amateur orchestra group.
Trivia
This acclaimed Scottish author is a tea lover and never leaves home without his teapot.
You May Like