Advanced Search
Christopher Wolfgang Alexander is a notable architect, popular for his theories regarding architectural designs. His prime focus is on the broader form of art and he has occasionally achieved the dazzling magnificence of that of a builder. He never compromises with the quality of life deeply etched in his structural creations. For him, this is the only sustainable way to make cities, and to sustain human life. Alexander’s buildings showcase the human richness of the built environment which is both rational as well as sensitive. His architectural creations are always carefully shaped and are in harmony with the site and the user. They exhibit a sense of ‘wholeness’ so much so that the people feel they actually own the buildings and experience an emotional-psychological connection with them which is quite rare in today’s world. Alexander is widely known as the father of the pattern language movement in computer science which made way for several new innovations in programming. He brought alive many big projects across the globe including, ‘Linz Café, Austria’, ‘Emoto Apartment Building, Tokyo’, ‘Julian Street Inn, California’, and student dormitories at ‘University of Oregon, Eugene’. Alexander has truly empowered design by incorporating his hands-on involvement with every project he has undertaken so far. Norman Foster
DID WE MISS SOMEONE?
CLICK HERE AND TELL US
WE'LL MAKE SURE
THEY'RE HERE A.S.A.P
Quick Facts

American People
Male Architects
American Architects
Libra Men
Childhood & Early Life
Christopher Alexander was born in Vienna, Austria and raised in England and started his education there in sciences. He graduated in Architecture and received an open scholarship in Trinity College, Cambridge University in 1954. Thereafter, he did his masters in mathematics and a PhD in architecture from Harvard University.
During this time, he also worked at Massachusetts Institute of Technology in transportation theory and computer science. He further went on to work at Harvard in cognition and cognitive studies where he was elected to the society of fellows.
Continue Reading Below
Career
In 1963, he was appointed as a Professor of Architecture at the University of California at Berkeley where he also served as an Emeritus professor of Architecture later on.
In 1967, he established the Centre for Environmental Structure which is a selection of projects designed and built by him and his associates as per client needs, and is headed by him at present.
In 1975, he published his book ‘The Oregon Experiment’, which he co-authored with Murray Silverstein, Shlomo Angel, Sara Ishikawa, and Denny Abrams. It provided an experimental approach to campus community planning at the University of Oregon in Eugene.
In 1977, he came out with his book, ‘A Pattern Language: Towns, Buildings, Construction’ which he co-authored with Sara Ishikawa and Murray Silverstein of the Centre for Environmental Structure. It introduced its readers to the concept of ‘Pattern language’ which illustrated good design practices within the area of expertise. This concept was adopted as a building code by some cities as well as University of Oregon.
In 1979, he published his book, ‘The Timeless Way of Building’, which formulated a new theory of architecture that was based on the understanding and configuration of design patterns. This book proved to be an inspiration in the areas of architecture and software design.
During 1990-94, he was the key member of faculty of ‘The Prince of Wales’s Summer Schools in Civil Architecture’ as well as ‘The Prince of Wales’s Institute of Architecture’
During 2002-04, he came out with his new four-volume work titled, ‘The Nature of Order: an Essay on the Art of Building and the Nature of the Universe’. These redefine architecture and depict some fundamental truths about traditional ways of building. It provides a new approach to understand what imparts life and true functionality to the buildings and towns.
Major Works
In 1985, he and his associates from the Centre for Environmental Structure undertook a project of building New Eishin University campus, Tokyo which is still under process.
During 1978-80, he built ‘Martinez House’ which was a workshop totally made up of lightweight concrete. The various structures comprising it were made up by incorporating several experimental methods.
Continue Reading Below
In 1990, he built the ‘Julian Street Inn’ in San Jose, California. It was a shelter for homeless people and was characterized by hand painted tile exterior, tile fountain with lion’s head, separate sleeping alcoves in dormitories, gardens and courtyards.
During 1994-96, he along with his team built the West Dean Visitor’s Centre in West Sussex, England. Meanwhile he also built ‘Back of the Moon community’ in Austin, Texas. It comprised of three private houses built near Lake Travis.
Apart from these, he built several structures and private houses including ‘The Sullivan House, California’, ‘Potash McCabe house, California’ and ‘King House, Colorado’ to name a few.
Awards & Achievements
In 1972, he won the first gold medal for research by the ‘American Institute of Architects’, which is entitled to be the highest award conferred by the institution.
In 1985, he was awarded the ‘Best Building in Japan Award’ by the Japan Institute of Architects for the ‘New Eishin University Campus’ project in Tokyo as well as several other projects in Japan.
In 1987, he received ‘Distinguished Professor Award’ conferred by the Association of Collegiate Schools of Architecture (ACSA).
In 1994, he was given ‘The Seaside Prize’ by The Seaside Institute for his significant contribution to the field of architecture.
In 1996, he was designated to be a Fellow of one of the oldest and most prestigious and honorary societies, the American Academy of Arts and Sciences.
In 2006, he was awarded the ‘Athena Medal’ by the Congress for the New Urbanization (CNU) along with one more inaugural recipient for his lasting and enduring influence on architecture.
On November 5, 2009, he was given the ‘Vincent Scully Prize’ by the National Building Museum in Washington DC for his exemplary work in the field of architecture.
In 2011, a professional architectural and urban design services firm, Urban Design Group (UDG), honored him with the ‘Lifetime Achievement Award’.
Personal Life
In 1978, he married Pamela Patrick with whom he has two daughters, Lily and Sophie. At present, he lives in Arundel, Sussex, UK along with his wife.
Trivia
He is considered to be the father of ‘Pattern Language’ movement.

See the events in life of Christopher Alexander in Chronological Order 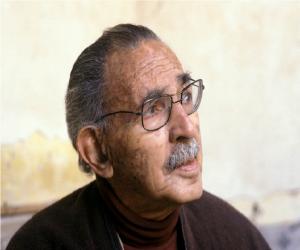