Frank Lloyd Wright was an architect and interior designer credited to have revolutionized American architecture and interior designing. Over his long and productive career he designed more than 1000 structures and 500 works including different types of buildings like offices, schools, hotels, museums, churches and skyscrapers. He is best remembered for his innovative designs which were in harmony with nature and humanity. As an interior designer he also designed furniture and stained glass. His interest in architecture began when he assisted famous architect Joseph Silsbee with the construction of the Unity Chapel as a college student. He also worked under the architect Louis Sullivan who was known as the ‘father of skyscrapers’. This experience had a profound influence on the young Wright and motivated him to develop a unique American style of architecture. He later developed his own practice and became a much sought after architect famous for his unique and stylish designs. His residential designs were known as “Prairie Style” and reflected the influence of Japanese architecture. In spite of being highly talented, his scandalous private life and affair with a married woman jeopardized his career and he could never gain back the reputation of his hey days. 3110
Architects #2
Architects #2
8th June In History
DID WE MISS SOMEONE?
CLICK HERE AND TELL US
WE'LL MAKE SURE
THEY'RE HERE A.S.A.P
Quick Facts

American Celebrities
University Of Wisconsin–Madison
Male Architects
American Architects
Gemini Men
Childhood & Early Life
He was the oldest son of William Carey Wright and Anna Lloyd Jones. His father was an orator, preacher and music teacher while his mother was a country school teacher. He had two sisters.
His mother bought a set of educational blocks created by Friedrich Wilhelm August Fröbel for her children to play with. Frank was fascinated by these geometrically shaped blocks which he assembled for hours—he credited these blocks for kindling his creative young mind.
His father did not have stable employment and the family faced financial problems. His parents separated when Frank was 14 years old. As the only male in the family, the responsibility of providing for his mother and sisters fell on him.
He attended Madison high school and went to the University of Wisconsin-Madison as a special student in 1886. In order to pay his tuition fees, he assisted the architect Joseph Silsbee with the construction of the Unity Chapel. This experience motivated him to become an architect. 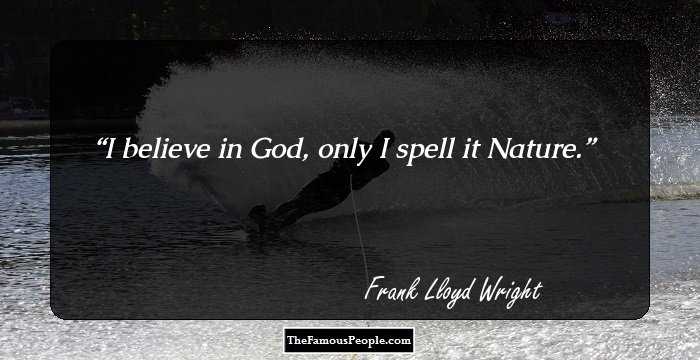 Quotes: God, Nature, Believe, I
Continue Reading Below
You May Like

The Sexiest Men Of 2020, Ranked
Career
He went to Chicago in 1887 in search of employment. He found work as a draftsman with the architectural firm of Joseph Silsbee with whom he had worked as a college student.
Even though this work helped him earn his livelihood but he was not satisfied with that. Soon he started looking for a new job and was hired by the firm of Adler & Sullivan.
Working with the legendary architect Louis Sullivan had a profound influence on Wright’s creativity and designing abilities. Sullivan granted him a five year contract. However, due to financial troubles Wright began accepting independent commissions as well. He was fired by Sullivan in 1893 for breach of contract.
He established his own practice after leaving Sullivan. His first independent commission was the Winslow House which was simple yet elegant and characterized by open, expansive interior spaces. This design soon came to be called the “organic style”.
Determined to develop an architectural style that was uniquely American, he designed several residential and public buildings over the next several years that came to be known as “prairie style”.
The prairie houses had extended low buildings with shallow, sloping roofs, suppressed chimneys, overhangs and terraces. These houses are an example of the “open plan”, with long and low windows that connect the interiors with nature.
He was a lifelong Unitarian. After the Unitarian church was burned down in 1905, he offered to build the Unity Temple on which he worked till 1909. The temple was built with only one material, reinforced concrete, and was hailed as the world’s first modern building.
In spite of being married with children, he fell in love with a married woman and left for Europe in 1909. This scandal marred his reputation and he was finding it difficult to get significant commissions. His lover and several others were killed by a deranged man which shook the architect emotionally.
He was commissioned by the Japanese Emperor to design the Imperial hotel in Tokyo in 1915. It took him a full seven years to build the project which he claimed was earthquake proof. This claim proved to be a fact as the hotel was the only large structure to survive the Great Kanto Earthquake of 1923.
Continue Reading Below
His career as an architect slowed down due to the Great Depression during the 1930s. He focused on writing and teaching at this time. His books ‘An Autobiography’ and ‘The Disappearing City’ were published in 1932.
One of his most significant works was built during his later years. It took him 16 years (1943-1959) to design the Solomon R. Guggenheim Museum in New York City which rises as a spiral with its interiors similar to the inside of a sea shell. 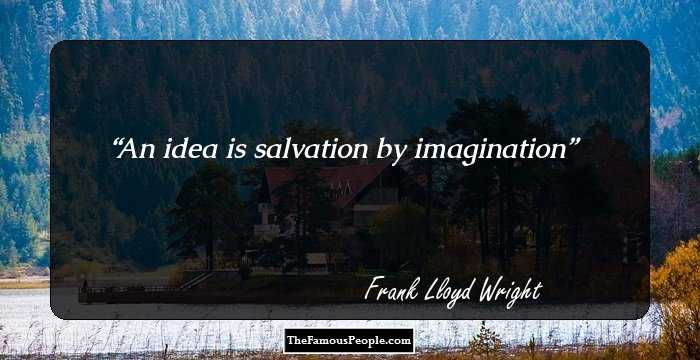 Major Works
The Fallingwater, a house designed by him was named the "best all-time work of American architecture” in 1991 by the American Institute of Architects. The home was partially built over a waterfall which adds to its aesthetic appeal.
He designed the Solomon R. Guggenheim Museum which is a cylindrical museum building considered to be one of the most important landmarks of the 20th century.
Awards & Achievements
He received Gold Medals from The Royal Institute of British Architects (RIBA) and the American Institute of Architects in 1941 and 1949 respectively.
In 1953 he received the Franklin Institute’s Frank P. Brown Medal. 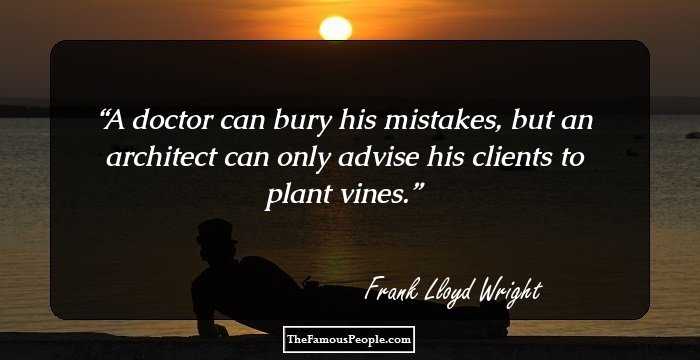 Personal Life & Legacy
He married Catherine Wright in 1889. The couple had six children. After several years of marriage he abandoned his wife and family to be with a married woman – Mamah, who was murdered later on by a mentally unstable servant. His first wife divorced him in 1922.
His second marriage was to Maude Noel in 1923. This marriage lasted only four years before ending in 1927.
His final marriage was to Olga Ivanovna in 1928. They remained married till his death.
After a career spanning seven decades, he died in 1959 at the age of 91.
You May Like