Christina Tosi is a multiple-award-winning American celebrity chef. She is also a successful author of four cookbooks and a TV personality. After graduating in pastry arts from the 'International Culinary Center,' she started working as a safety consultant with fine-dining restaurants in New York City. She got her breakthrough as a pastry chef when she started working with David Chang, the founder of the 'Momofuku' chain of restaurants. She initially assisted him with safety and licensing regulations, but later joined him as his pastry chef. She also partnered with David to establish the 'Momofuku Milk Bar,' which evolved into a chain of bakeries. In 2011, she authored her first cookbook and also appeared on TV for the first time. She became a household name after appearing in the series 'MasterChef.' Adam Richman
DID WE MISS SOMEONE?
CLICK HERE AND TELL US
WE'LL MAKE SURE
THEY'RE HERE A.S.A.P
Quick Facts 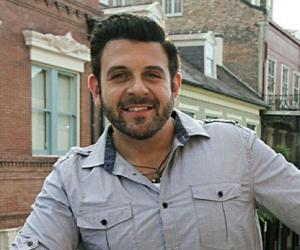 Christina Tosi was born on November 9, 1981, to an agricultural economist father and accountant mother, in Ohio, U.S.A. She is of Italian–American descent.

She joined the 'University of Virginia' to become an electrical engineer but dropped out after a year. She then went to Florence, Tuscany, Italy. However, she later came back to the U.S.A and attended the 'James Madison University.'

After graduating, she left for New York City. There, she joined the pastry arts program at the 'International Culinary Center,' founded as 'The French Culinary Institute.'

In 2005, after she moved to 'wd~50,' a now-defunct molecular gastronomy New American/international restaurant owned by the ‘Michelin’-star chef Wylie Dufresne in Manhattan, she assisted in writing the restaurant's “Hazard Analysis Critical Control Point” plan.

Upon Dufresne's recommendation, David Chang, another well-known chef and restaurateur, hired Tosi to write the food-safety plans for his restaurant chain, 'Momofuku,' in 2005. She also assisted him with getting the relevant documentation and clearances from the 'New York City Department of Health.'

When Tosi had started working with Chang, the restaurant did not have desserts on its menu. Later, Tosi and Chang started the restaurant's pastry program.

Inspired by her childhood favorites, she introduced desserts such as cereal milk panna cotta and fried apple pies with sour-cream ice cream and toasted miso. She was appointed as the pastry chef of the restaurant chain.

In 2008, when the 'Momofuku Ssäm Bar' planned to expand into the neighboring vacant space, Chang encouraged Tosi to open a bakery. She named it 'Milk Bar.'

She was given a free hand to operate and develop the new venture by curating her recipes. The menu included her signature desserts, cereal milk, compost cookies, candy bar pie, and crack pie.

Anderson Cooper of ‘CNN's 'Anderson Cooper 360º' fame expressed his love for 'Milk Bar' and its crack pie, on the morning talk show 'Live With Kelly and Ryan.'

By 2012, Tosi had opened nine retail outlets in New York City. The next year, she opened an outlet in Toronto, Ontario, Canada.

In December 2016, she opened a 'Milk Bar' outlet at 'The Cosmopolitan of Las Vegas,’ Las Vegas, Nevada.

She launched two more outlets in Washington, D.C. in 2018 and her first outlet in Los Angeles, California.

She partnered with ‘&pizza,’ a Washington, D.C.-based pizzeria chain, and opened a store in Harvard Square, Cambridge, Massachusetts.

By February 2019, she had employed close to 400 people around North America.

In 2011, Christina Tosi was nominated for the 'James Beard Award' for the “Rising Star Chef of the Year.” She won the same award in the same category the following year.

She was the finalist for the 'Outstanding Pastry James Beard Award' in 2014. The following year, she received the same honor.

'Crain's New York Business' featured her on their annual list of the 40 top business people in New York City below the age of 40.

In 2011, Christina Tosi was featured on the shows ‘Unique Sweets' and 'Conan.' She appeared in several episodes of ‘Unique Sweets’ in 2012, too. She was also seen in three episodes of the TV series documentary 'The Mind of a Chef.'

She continued to appear in 'Unique Sweets' even in 2013. The same year, she also appeared on the talk show 'Late Night With Jimmy Fallon.’

In 2015, she began her long-time association with the TV series 'MasterChef' and 'MasterChef Junior,' as a judge. That year, she also appeared on 'Today,' 'Home & Family,' and 'Late Night with Seth Meyers.'

In 2019, her contract with 'MasterChef' was not renewed, but she continued to appear on 'MasterChef Junior.' Some of the other programs that featured her that year were 'Today' and 'The Tonight Show Starring Jimmy Fallon' (two episodes).

She was featured on 'The Kelly Clarkson Show' in 2020.

Christina Tosi has authored four cookbooks. In October 2011, her first book, 'Momofuku Milk Bar: A Cookbook,' was published by 'Clarkson Potter.' Most of the recipes in the book were of desserts that were available at the 'Momofuku Milk Bar.' The book received mixed, but mostly positive, reviews. However, some critics highlighted that the recipes featured in the book were not suitable for home-cooking due to certain ingredients and equipment required to cook the delicacies.

Her second book, 'Milk Bar Life: Recipes & Stories: A Cookbook,' was published by 'Random House' in April 2015. Unlike the first book, the second book contained recipes for savories and dishes that chefs could cook for themselves and friends during their non-working hours. This book was appreciated by both readers and critics.

In September 2015, she contributed to the architectural journal 'Log 34.'

In 2018, her third book, 'All About Cake: A Milk Bar Cookbook,' was released. This book, too, was appreciated by all.

Her upcoming fourth book, 'Milk Bar: Kids Only,' is to be released in October 2020.

Christina Tosi married Will Guidara, an American restaurateur based in New York City, on July 30, 2016.

Christina Tosi has been part of the promotional campaigns for 'Subaru,' 'Kellogg's,' 'American Express,' and 'Estee Lauder.'

See the events in life of Christina Tosi in Chronological Order 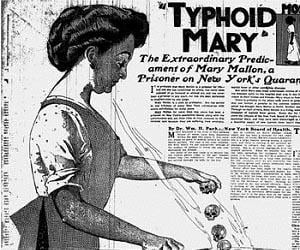