Typhoid Mary was an asymptomatic carrier of the pathogen associated with typhoid fever who was believed to have given rise to multiple outbreaks of typhoid fever. Named as Mary Mallon at birth, she became better known by the name of “Typhoid Mary” as she was presumed to have infected 51 people with the typhoid pathogen, leading to the deaths of three. Born in Ireland, she migrated to the United States as a teenager looking for a job. A tall, well-built girl, she was a hard worker who believed that she could make a good life for herself in the United States. She was very happy when she was appointed to cook for the large family of a wealthy New York banker. But something strange happened shortly after she started working for them—several people in the household fell ill with a fatal fever and died. Terrified that she too might contract the deadly illness, Mary resigned from the job. She, however, did not fall ill and went on to cook for another family. Weirdly enough members of this family too fell ill, as did the others who Mary cooked for. Later on she was identified as a carrier of the pathogen associated with typhoid fever and was isolated by public health authorities. 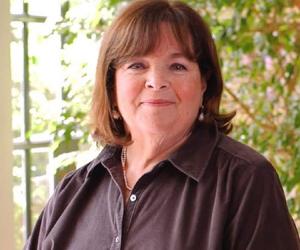 American Celebrities
Women Chefs
American Chefs
Women Food Experts
American Female Chefs
Childhood & Early Life
She was born as Mary Mallon on 23 September, 1869 in Cookstown, Ireland. She emigrated from Ireland to the United States in 1883 at the age of 15.
She lived with her aunt and uncle in the United States for a while as she started looking for jobs.
Continue Reading Below
Career
As an immigrant woman with no special vocational training, there were not many career options open for her. But since she was tall, well-built, and a hard worker, she managed to find work as a domestic help.
She was blessed with great cookery skills and was soon able to find work as a cook at many homes. Employment as a cook also meant better wages for her.
In 1900, she cooked for a family in Mamaroneck, New York. Within two weeks of her employment, some of the residents became ill with typhoid fever.
The next year she moved to Manhattan where she easily found employment due to her good cookery skills. However, here too some of the people became sick with fever and diarrhoea and one person even died.
Later on a lawyer employed her at his house. In a strange twist of coincidence, seven of the eight people she cooked for developed fever.
In 1906, she found work as a cook at the house of a wealthy New York banker in Oyster Bay, Long Island. Here six of the 11 people in the house took ill shortly after she started cooking for them. Their illness started with a headache and progressed to upset bowels and high fever. She changed jobs again after this incident.
However in late 1906 one family hired New York City Department of Health sanitary engineer George Soper, whose specialty was studying typhoid fever epidemics, to investigate the outbreaks.
Soper researched on the issue and published his results in the ‘Journal of the American Medical Association’ in June 1907. He linked the cases of Typhoid fever to Mary who had been described by her previous employers as a tall, well-built woman in excellent health.
He sought out Mary but she refused to talk to him when he broached the possibility of her having caused the illnesses. She refused to believe him as she herself was in excellent health and could not believe that a healthy person could spread disease.
After being convinced that Mary was indeed the cause of the outbreaks, The New York City Health Department took her into custody. By this time her case had garnered so much media attention that she became known as “Typhoid Mary”.
Eventually the New York State Commissioner of Health agreed to release her on the condition that she should stop working as a cook and take reasonable steps to prevent transmitting typhoid to others.
She started working as a laundress upon her release. But this occupation paid less than cooking so she changed her name to “Mary Brown” and returned to her old profession.
She worked as a cook over the next five years, changing jobs frequently in order to escape getting caught. Again she caused outbreaks of illness wherever she worked.
In early 1915 a major outbreak of typhoid was reported at Sloane Hospital for Women in New York City wherein 25 people were infected and two had died. Investigators found out that Mary had been employed as a cook here and began their search for her.
She was arrested and taken to quarantine on North Brother Island in March 1915. Later on, she was allowed to work as a technician in the island's laboratory, washing bottles.
Personal Life & Legacy
After being quarantined, she spent the rest of her life in forced isolation. She was paralyzed by a stroke in 1932 and died of pneumonia on November 11, 1938 at the age of 69. An autopsy found evidence of live typhoid bacteria in her gallbladder. She died a spinster.

See the events in life of Typhoid Mary in Chronological Order 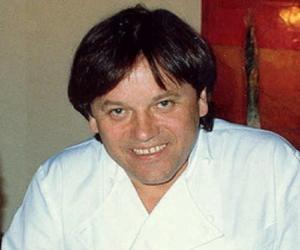