DID WE MISS SOMEONE?
CLICK HERE AND TELL US
WE'LL MAKE SURE
THEY'RE HERE A.S.A.P
Popularity Index
20
Pop Singers #1073
Singers #6192
Quick Facts

Who is Chantelle Paige?

Chantelle Paige is an American singer, actress, and travel blogger. She gained popularity and recognition when she became the member of the R&B girl group ‘Flipsyde’. Paige began her career by modelling and appearing in number of commercials. She was seen in commercial for JC Penney when she was five and after that she featured in 14 commercials. Some of companies she endorsed include Mattel, Mervyn, Disney and also Nissan. In 2009, she made a cameo as a member of Flipsyde in Lady Gaga’s music video ‘Just Dance’. She posted her first song on MySpace Music and became one of the 20 unsigned artists on the site. Paige has performed on many dance teams and won awards like ‘The Face of an Angel’, ‘Most Likely to be a Star’, ‘Most Outstanding Jr. Dancer’. In late 2007, she signed contract with a known music label and became a renowned artist. She has huge fan following on social networking sites, including TikTok, where she has over 3.9 million followers. Women Singers
Aquarius Singers
American Singers
Female Pop Singers
Career
Chantelle Paige was always passionate about dancing, singing and acting. She took part in dance competitions and performed along with award winning Dance Attack! team in Mountain View, California. Apart from participating in dance competitions, she has also won many convention scholarships and dance titles. Some of the titles which she has received are ‘The Face of an Angel’, ‘Most likely to Become a Star’, and ‘Most Outstanding Jr. Dancer’.
Paige has been modelling since an early age. She started to appear in number of commercials since she was 3 years old. She was also seen on magazine covers as well as billboards. She became so popular that one could see her pictures on toy boxes of Barbie, Polly Pocket, Britney Spears Doll products and Pound Puppies. As she turned 8, a Chantelle doll and book series were created in her name.
Paige’s music career began at the age of 5 when her dance teacher made a suggestion. In the following years, she performed in 18 different musical theatre performances. In addition to this, she also had a lead role in The Children’s Musical Theatre San Jose.
When she turned 17, she shared her track on MySpace which hit instantaneously struck a chord with the people and became hit overnight. Due to her growing fame and recognition, she went to open for The Pussycat Dolls, Robin Thicke, Pretty Ricky, Bobby Valentino, and Tommy Lee. Paige was signed by Martin Kierszenbaum with Interscope/Cherrytree Records. Her breakthrough performance came when she became a part of R&B/rap group Flipsyde the group recorded two music videos and an album ‘State of Survival’. One of the songs from their album was selected as theme song during the 2008 Summer Olympics in Beijing, China. It was also played as a primary song for EA Sports NBA Live 09 video game.

Paige’s group Flipsyde made a cameo in Lady Gaga’s music video Just Dance. She also toured with her group members to Europe along with Sarah Connor and got an opportunity to share the stage with Akon, N.E.R.D., Kevin Rudolf, T.I., Ludacris, and Ciara in America. In 2009, Paige came up with her solo song as her group Flipsyde was dropped by record label. She recorded ‘Devastated’ with Martin Kierszenbaum and Space Cowboy. During the Party Rock Tour, Paige performed with Space Cowboy for LMFAO and Far East Movement.

Aquarius Pop Singers
American Pop Singers
American Women Singers
American Female Pop Singers
Continue Reading Below
Personal Life
Chantelle Paige was born on February 3, 1988, in San Francisco, California, USA. During the initial years, she was home schooled and later went to Valley Christian High School (San Jose, California).
During her High School, she was a JV Cheerleader in her freshman year, and in her sophomore years, she became co-captain of the JV Girls Tennis Team. She was also voted as ‘Senior That is Most Likely to be on the Cover of a Magazine’.
She’s proud of the fact that she has never smoked, taken drugs or tasted alcohol.
Recommended Lists: 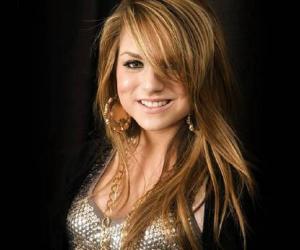