Ludacris, the famous rapper considered to be one of the most influential of the ‘Dirty South’ artists was born as Christopher Brian Bridges. He loved music from an early age and began rapping when he was nine. During high school he met the famous poet Justin Ryan Fyfe who proved to be a major influence on his later career. He joined an amateur rap group and studied music management in college; there was no doubt in the youngster’s mind that he was destined for a career in music. He worked briefly as a Disc Jockey and then collaborated with Timbaland for a track from the latter’s album, ‘Phat Rabbit’ which went on to become a big hit in several countries. He also worked in tandem with other artists during his early career and developed a style of music that was wild, fast and comedic. His debut album ‘Back for the First Time’ debuted at No. 4 on the U.S. Billboard 200 and was a huge hit. Ludacris has so far won three Grammy Awards during his career and several other prestigious music awards. The rapper is also the co-founder of ‘Disturbing tha Peace’, an imprint of Def Jam Recordings along with his manager Chaka Zulu. Jason Momoa
Actors #434
Rappers #30
Singers #104
DID WE MISS SOMEONE?
CLICK HERE AND TELL US
WE'LL MAKE SURE
THEY'RE HERE A.S.A.P
Quick Facts

American People
Actors
Rappers
Black Actors
Black Rappers
Childhood & Early Life
He was born to Wayne Brian Bridges and Roberta Shields. He is of African American and Native American descent.
The musically inclined youngster began rapping from the age of nine and joined an amateur rap group when he was 12. Sensing his interest, his father ensured that he got exposed to a variety of music.
He graduated from Banneker High School in 1995. He studied music management in Georgia State University for one term from 1998 to 1999. 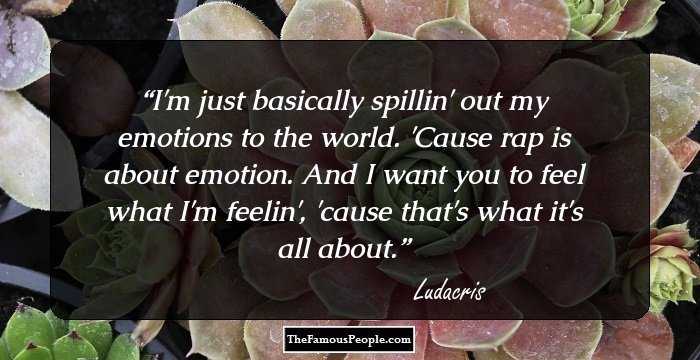 The Best Black Actresses Of All Time
Career
He worked for a brief period as a disc jockey. He then became acquainted with Timbaland and worked with him on the track ‘Phat Rabbit’ which went on to become a big hit. During the initial days of his career he worked in collaboration with artists like Dallas Austin and Jermaine Dupri.
He released his major label debut ‘Back for the First Time’ in 2000. The album was a major success and helped to launch his career. The album featured the songs ‘Southern Hospitality’ and ‘What’s Your Fantasy’.
The success of his debut prompted him to bring out another album the very next year. ‘Word of Mouf’ (2001) debuted at No. 3 on the Billboard 200 chart and went on to be certified multi-platinum; it is the artist’s best selling album till date.
In 2003, he released the album ‘Chicken-n-Beer’ which had a Southern hip hop sound with a fast and wild flow of music. The album was controversial because of its high sexual content though it became very popular with the masses.
He branched out into acting with a main role in the movie ‘2 Fast 2 Furious’ (2003). He played Tej Parker, an ex-street racer, in the street racing action film directed by John Singleton.
He adopted a more mature approach in his 2004 album ‘The Red Light District’. The album debuted at No.1 on the Billboard 200 and was eventually certified double platinum.
The album ‘Release Therapy’ (2006) was again a No.1 Billboard 200 album, taking the popularity of the rap star to even greater heights. This album featured a sound different from its predecessors. He also sported a new look to match the feel of the album.
He applied a theatrical approach to the album ‘Theater of the Mind’ which was out in 2008. The album was positively reviewed by the critics though it failed to reach the No. 1 position on the Billboard. It was the lowest charting album of his career so far.
Throughout the decade of the 2000s, he played minor and supporting roles in several films, the most notable of them being ‘Crash’ (2005), ‘Fred Claus’ (2007), ‘Garner’ (2009), and ‘Breakaway’ (2011).
Continue Reading Below 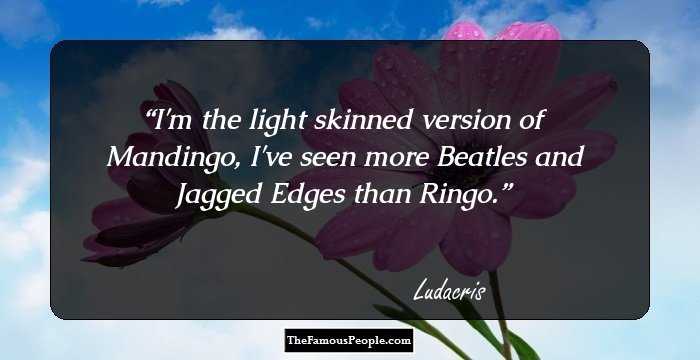 Major Works
His debut album ‘Back for the First Time’ introduced the rapping superstar to the music world. The album featured the super hit songs ‘Phat Rabbit’, ‘What’s Your Fantasy’ and ‘Southern Hospitality’. The album was an exceptional success for a debut and sold over 6.5 million copies.
The album ‘Chicken-n-beer’ peaked at No.1 on the U.S. Billboard 200 and was a critical as well as commercial success. The album became popular not just in the U.S. but also in several other countries like Germany and U.K.
Awards & Achievements
He has received five BET Awards including two for the Best Male Hip-Hop Artist (2002 and 2005).
He is the winner of three Grammy Awards, including two in the year 2007: Best Rap Song for ‘Money Maker’ and ‘Best Rap Album’ for ‘Release Therapy’. 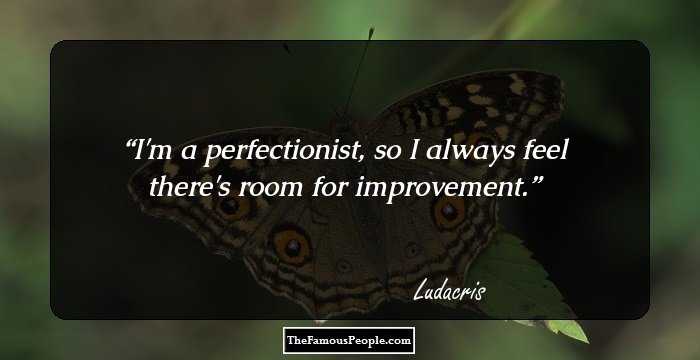 Personal Life & Legacy
He is not married, but has a daughter from a previous relationship. Currently he is dating the African beauty Eudoxie Agnan.
He has often been the topic of controversy due to the excessive use of sexual and violent content in his songs and has been criticized for causing disrespect to women and promoting a violent lifestyle.
He became involved with Dosomething.org and Better World Books in 2011 which aim to collect books for restocking library shelves in New Orleans.

Quotes By Ludacris | Quote Of The Day | Top 100 Quotes

See the events in life of Ludacris in Chronological Order