Britney Jean Spears is a famous American pop star who will go down in the history as one of the greatest pop artists from the west. She was brought up in Kentwood, Louisiana and was always interested in performing arts. She was only 8 when for the first time she was taken to ‘The Mickey Mouse Club’ audition and it was at the second attempt that she got a role in the show. From there onwards, Spears’ talent was recognized by various agents and labels. Her debut album ‘…Baby One More Time’ came out in 1999, and it became an instant hit all over the world, making Spears’ the most popular and successful teenage solo artist in the world. From there onwards she came out with various other successful studio albums. Spears has done a Hollywood movie called ‘Crossroads’ and cameos in several television shows like ‘Will & Grace’, ‘How I Met Your Mother’, ‘Glee’, etc. She has won a number of awards and accolades for her works, including seven 'Billboard Music Awards,' the inaugural 'Radio Disney Icon Award,' 15 'Guinness World Records,' a 'Grammy Award' and six 'MTV Video Music Awards.' Spears has also hogged the limelight for her very public and drastic romantic relationships. 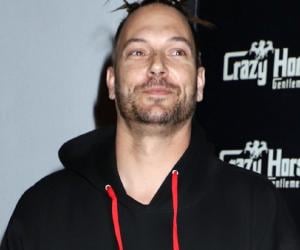 Britney Spears was born on December 2,1981, in McComb, Mississippi to Lynne Irene and James Parnell Spears. She was brought up in Kentwood, Louisiana. She was interested in performing arts from a very young age.

In 1990s, when she was only 8 years old, her mother took her to Atlanta for an audition for Disney’s ‘The Mickey Mouse Club’. Spears was rejected at the time for being too young, but in the process she was introduced to a talent agent, Nancy Carson.
Nancy Carson got her enrolled in the Professional Performing Arts School. Spears moved to New York with her mother and she did a musical called ‘Ruthless!’, took part in ‘Star Search’ and appeared in a number of TV commercials.
In 1992, she again auditioned for ‘The Mickey Mouse Club’ and was selected this time along with other child artists like Justin Timberlake, Ryan Gosling, Christina Aguilera, etc. The show was cancelled after two seasons and Spears went back to Kentwood. 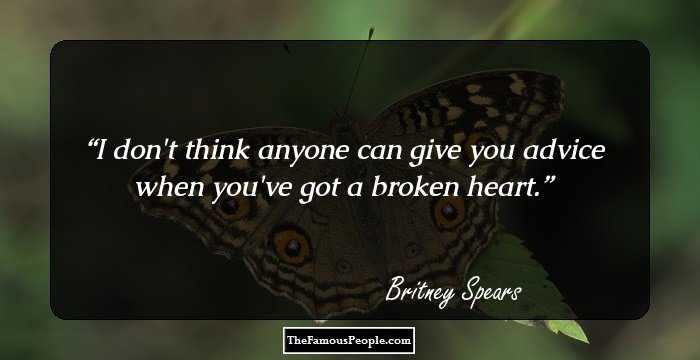 Quotes: You, Think, Heart, I
Continue Reading Below
You May Like

Mississippi Actresses
Mississippi Musicians
Women Singers
Women Musicians
Career
In 1997, Spears was appointed by the senior vice president of A&R to work with the producer Eric Foster who shaped her voice into more of pop style and her first album was recorded in Cheiron Studios, Stockholm, Sweden.
In 1999, her debut album ‘…Baby One More Time’ was released and it topped the Billboard 200 chart as soon as it came out. Its title track ranked at number one at Billboard Hot 100 and it became the biggest selling album by a teenager.
In 1999, with her increasing success all over the world, Spears appeared on the cover of Rolling Stone in a sexual portrayal. A lot of people and associations condemned that but Spears maintained that there was nothing wrong with it.
In 2000, Spears’ second studio album ‘Oops!... I Did It Again’ was released. It broke the record of highest debut sales by any solo artist. Its title track did exceptionally well in Australia, New Zealand, UK, etc. she did the tour for the album in the same year.
In 2001, she signed an 8 million dollar deal with Pepsi and co-wrote a book with her mother, ‘A Mother’s Gift’. Her third album ‘Britney’ was released and reached at number one position on the Billboard 200.
In 2002, Spears acted in a Hollywood movie called ‘Crossroads’, which did not do very well but her performance was appreciated by some of the critics. The movie was made under the budget of 11 million dollars and grossed 57 million.
In 2003, her fourth studio album ‘In the Zone’ was released. She co-wrote most of the songs of the album and also co-produced it. The album sold at least 10 million copies all over the world. It had the Grammy winning number ‘Toxic’ in it.
In 2004, Spears came up with an album called ‘Greatest Hits: My Prerogative’. It was a compilation of her great hits from over the years and also had a hit version of Bobby Brown’s ‘My Prerogative’.
In 2005, Spears released her first remix album ‘B in the Mix: The Remixes’. The album sold a million copies all over the world. In the same year, she appeared on the show ‘Will & Grace’, in the episode ‘Buy, Buy Baby’.
Continue Reading Below
In 2007, she released ‘Blackout’ which sold 3 million copies all over the world and won Album of the year award at the MTV Europe Music Awards. She performed on ‘Gimme More’ at MTV VMAs in the same year.
In 2008, her sixth studio album ‘Circus’ was released and became a number one in Czech Republic and Canada. She became the youngest female artist to have 5 of her albums on number one in the ‘Guinness Book of World Records’.
In 2011, she released her seventh studio album ‘Femme Fatale’, which ranked at number one in US, Australia, Canada, etc. In the same year, she toured for ‘Femme Fatale’ and received positive reviews from the critics for it.

Her eighth studio album, Britney Jean, was released on December 3, 2013. She re-launched her website in September 2013, and released one of the tracks ‘Work Bitch’ from her promised album. She also did a song for ‘The Smurfs 2’ called ‘OOH La La’. 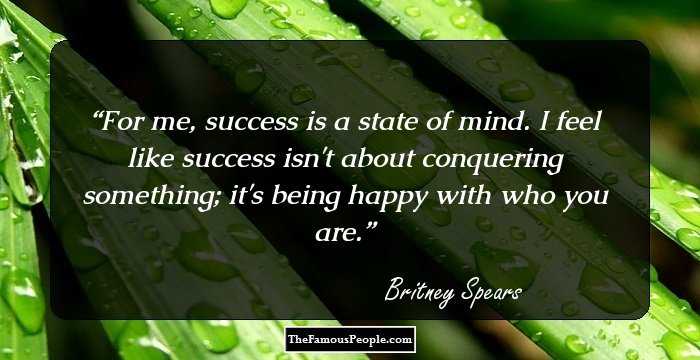 From 1999 to 2002, Britney Spears was involved with her celebrity star from ‘The Mickey Mouse Club’ days, Justin Timberlake. In 2000, both the stars confirmed their relationship to the media and they broke up in 2002, with rumors flying around everywhere that Spears cheated on him.

In 2004, she married her friend Jason Allen Alexander but annulled the marriage in next 55 hours, saying that she did not really know what she was doing.
In 2004, she became engaged with Kevin Federline, an American back dancer, after being with him for just 3 months. They got married after sometime and had their first child Sean Preston Federline in the next year.
In 2006, Spears gave birth to her second child with Federline, Jayden James Federline. In the same year, she filed for divorce with Fedeline and they both agreed to share the joint custody of their two children.
Continue Reading Below
In 2007, Spears checked into a drug rehabilitation center in Antigua but only for a day and the same night she shaved her head at a salon in Los Angeles, which became a matter of big concern for the audiences as she was considered to be mentally troubled at that point.
In 2007, she lost the custody of her children to Federline due to her falling mental health and social situation. She started dating paparazzo Adnan Ghalib in the same year.

Sagittarius Singers
Female Pop Musicians
Sagittarius Musicians
Sagittarius Actresses
Trivia
Spears’ used to a big follower of Kabbalah.
She was offered a role in the movie ‘Chicago’ but later the role went to the actress Lucy Liu.
Her perfume is called Curious, she collaborated with Elizabeth Arden for it and it was ranked as the best perfume of the year when it came out.

She idolizes Madonna. She kissed Madonna during MTV VMAs, while she was performing on Madonna’s ‘Like A Virgin.’

She is named as the ‘Sexiest songstress’ by Victoria’s Secret. 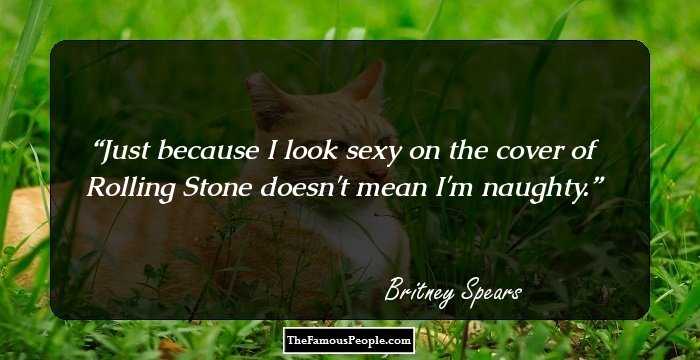 Quotes By Britney Spears | Quote Of The Day | Top 100 Quotes

See the events in life of Britney Spears in Chronological Order