Advanced Search
Carmen Villalobos is a Colombian model and actress. She is best known for her supporting roles in many television programs including ‘Amores de Mercado’ and ‘La Tormenta’. She is also recognized for her main role as Alejandra Paz, a poor young girl forced to study at a ‘rich-kid’ school where students live a wild life in ‘Niños ricos, pobres padres’ and as Catalina Santana, a beautiful prostitute who undergoes breast augmentation surgery to escape poverty in ‘Sin senos no hay paraíso’. Besides these, Villalobos has also played lead roles in the telenovelas ‘Mi corazón insiste en Lola Volcán’, ‘Ojo por ojo’, ‘Made in Cartagena’ and ‘El Señor de los Cielos’. Coming to the actress’ achievements, she has won many awards and honors in her career. She was placed in the ‘50 Most Beautiful’ list by People en Espanol in 2009. She won an ACE as well as a Gaceta award for her performance in ‘Sin senos no hay paraíso’. Well, her achievements don’t end here! Villalobos holds an enormous fan base, both on social media and otherwise. As of October 2017, she had over 5.7 million fans from all over the world following her on Instagram! Sofia Vergara
DID WE MISS SOMEONE?
CLICK HERE AND TELL US
WE'LL MAKE SURE
THEY'RE HERE A.S.A.P
Quick Facts

Colombian People
Colombian Women
Cancer Models
Female Models
Cancer Actresses
Career
Carmen Villalobos made her acting debut in 1999 in the TV series ‘Club 10’. Then she played the role of Ernestina "Nina" Pulido in the 2003 telenovela ‘Amor a la plancha’. After this, she acted in the series ‘Dora, la celadora’. Then in 2005, Villalobos was offered a co-lead role in the program ‘La Tormenta’. Soon after this, she got featured in series ‘Amores de mercado’ as Beatriz "Betty" Gutiérrez. From 2008 to 2009, she portrayed the main role of Catalina Santana, an ambitious prostitute in the telenovela ‘Sin senos no hay paraíso’. After this, the Columbian actress was offered another lead role in the series ‘‘Niños ricos, pobres padres’.
She was given the opportunity to play the role of Nadia Monsalve in ‘Ojo por ojo’ in 2010. Villalobos then appeared in the ‘Mi corazón insiste en Lola Volcán’ in 2011. A year later, she played the lead role of Flora María Díaz in the telenovela ‘Made in Cartagena’.
From 2013-16, she was part of the cast of ‘El Señor de los Cielos’, playing a recurring role in season 1, main role in season 2-3, and guest role in season 4. Soon after this, Villalobos was cast as Vanessa Mondragón in the series ‘Las Princesas’. From 2016, the actress can be seen again as Catalina Santana in ‘Sin senos sí hay paraíso’, a sequel to ‘Sin senos no hay paraíso.’
Recommended Lists:

Colombian Models
Colombian Actresses
Actresses Who Are In Their 30s
Colombian Female Models
Continue Reading Below
Personal Life
Carmen Villalobos was born on 13 July 1983 in Barranquilla, Colombia, to Pedro Villalobos and Betty Barrios. Her significant other is Sebastián Caicedo. Besides this, no other information/detail regarding her education, family background, etc. is available to the media. However, the actress’ fans can get to know more about her by following her on her social networking accounts. As for now, Villalobos is highly active on Twitter, Instagram and Facebook.
Recommended Lists: 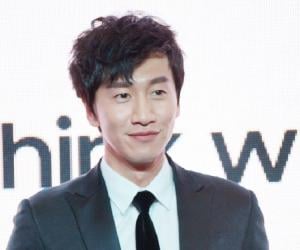 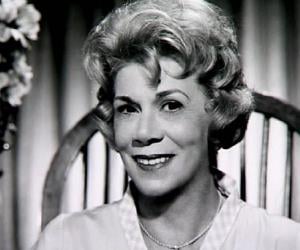