Andrea Espada is a Colombian television presenter, actress, Instagrammer, YouTube star and social media influencer. She has become famous for hosting ‘UFC Now’. Born and raised in Colombia, Espada has always harboured aspirations of becoming a television personality. After graduating from college, she moved to the United States to pursue her dream of success in the entertainment industry. In 2009, Espada began her career by appearing in the short film ‘Jack the Reaper’. She also worked as a member of the production crew of the horror film ‘City of Dead Men’. Espada served as the host of the game show ‘Estrella TV presenta: Esto es Guerra’ in 2013. Her tenure as the host of ‘UFC Now’ began in 2016. She is very popular on various platforms of social media. She has more than six million followers on Instagram, more than 320 thousand followers on Twitter, and over five million followers on Facebook. Furthermore, she has accumulated about 240 thousand subscribers on YouTube. Espada is also a successful entrepreneur and runs her own clothing and fashion apparel brand named By Drea. 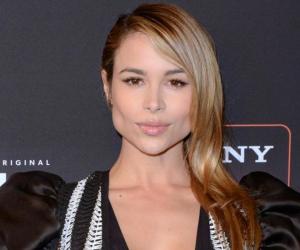 Colombian People
Colombian Women
Leo Actresses
Colombian Actresses
Female TV Presenters
Career
Following her graduation from Universidad Autónoma de Occidente, Espada immigrated to the US, hoping to become a part of the entertainment industry someday. In 2009, she made her screen debut in Gregor Habsburg’s short film, ‘Jack the Reaper’. She played one of the crash victims in the project that also starred David Moscow, Paul Vito Abato, and Cromwell Aspajo.
In 2013, she served as the host of the short-lived game show ‘Estrella TV presenta: Esto es Guerra’. It began airing on Estrella TV, an American Spanish-language broadcast network, on 9 September. Twenty episodes of the first season were filmed prior to the show’s cancellation. In the following year, she was employed as an assistant account on the set of Kirk Sullivan’s directorial venture, ‘City of Dead Men’. The horror thriller starred Diego Boneta, Jackson Rathbone, and Maria Mesa. In 2018, she appeared as a guest on Estrella TV’s ‘Noches Con Platanito’, the only Spanish-language late night talk show in the US.
Espada set up her Instagram account in 2015 and has amassed 6.2 million followers over the course of the last three years. She established her YouTube account in April 2017 and the first video was uploaded in October that year. Titled ‘Andrea Espada WITH King Ferran SUNDAY FUNDAY!!!!’, the video featured both Espada and Ferran. In time, she built up a loyal group of followers. These days, she often gets hundreds of thousands of views on her videos. Her most popular video is ‘Cardi B, Bad Bunny & J Balvin - I Like It [Official PARODY] | Andrea Espada Ft. WereverTumorro’, with over 700 thousand views.
In 2016, Espada garnered mainstream popularity when she was hired as the host of the UFC Network’s Spanish-language program ‘UFC Now’. Having been athletic and a genuine fitness enthusiast all her life, she even displayed her fighting skills by doing shadow-boxing inside the octagon.
She has set up her own clothing and fashion apparel brand named By Drea. Moreover, she serves as the brand’s designer, model, ambassador, and spokesperson.
You May Like

Actresses Who Are In Their 30s
Women Media Personalities
Colombian Media Personalities
Women Film & Theater Personalities
Continue Reading Below
Personal Life
Andrea Espada was born on August 17, 1986 in Colombia. Little to no information is available on her family and early life. After graduating from high school, she attended Autonomous University of the West (Universidad Autónoma de Occidente) in Cali, Valle del Cauca, Colombia, pursuing a Bachelor’s of Arts degree in international business and marketing.
Espada has a son named Ferran, who was born on July 26, 2010 in the United States. She started posting Ferran’s photographs on social media in 2015. He has also appeared in her comedy skits, YouTube videos, and Facebook posts. Espada is presently dating a Lebanese photographer and director who goes by the username 4K PAPI on social media. Espada also runs her, 4K PAPI’s, and Ferran’s joint Instagram account, Kingferran. The family of three resides in Los Angles, California.
Recommended Lists: 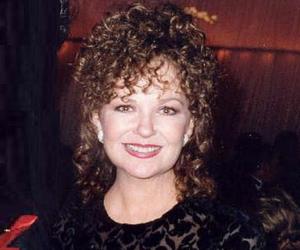